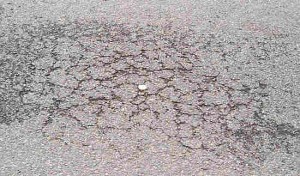 The voters of Davis were willing to pass a sales tax by a 58-42 margin on Tuesday. As we have noted, that bridges the gap in the immediate structural deficit. However, the city is not on solid long-term footing. The next step in the road to sustainability is passing a parcel tax that can fund $5 to $8 million in roads, a still untold amount on parks, as well as other priority capital needs.

Clearly, with only 58 percent supporting the sales tax, the council needs to step up its game to get to the 67% margin to support a parcel tax. We will lay out what we see needs to be done shortly.

But that discussion has to happen fast because the time is ticking. On Tuesday’s council agenda is a discussion for putting a tax measure on the November ballot.

It recommends that council “consider a parcel tax that would fully fund the parks maintenance budget and/or a parcel tax that would provide substantial funding for unfunded capital needs, including road maintenance, bicycle paths/trails, and other priority capital projects,” and “if no action is taken to place a tax measure on the November 2014 statewide election ballot, make it a legislative priority to study a general tax measure that would augment the general fund by providing funding to address the city’s long term budget deficit, deferred maintenance and unfunded capital needs.”

The staff recommendation is that such a tax should be targeted for the 2016 municipal election ballot. But that comes with a very steep cost, as road repair costs will continue to soar between the 8 percent inflation rate on asphalt and the more exponential increase in costs, as roadway conditions continue to decline.

Staff notes even with the spike in revenue from the newly-imposed sales tax, “the 5 year projection predicts that the current reserve of $5 million will be virtually eliminated without additional reductions in costs or additional revenues. It would be imprudent to let the reserve draw down below the projected 3.8 million predicted at the conclusion of the FY14/15 budget year.”

Staff goes on to argue that more cost reductions and revenue increases must be considered.

The amount of money the city is behind by is staggering. They note, “Funding the complete Parks maintenance operating budget of $6.9 million would require an additional levy of about $200 per residential parcel.”

The commentary by the city here is interesting, “While at first blush that may seem high, in reality the cost to a residential unit is less than $20 per month; $16.66 to be exact.”

That fails to take into consideration the existing parcel taxes by the school district, and the difficulty that the district had passing those.

Staff continues, “Another variation that was previously discussed by Council is a parcel tax that would raise funds to be used exclusively for road maintenance and rehabilitation.” This would help address the backlog of road repairs and rehabilitation for which there is inadequate funding available.

The city suggests one possibility is “to bond for the projects by committing parcel tax receipts to repay the debt associated with the projects, but one implication is that bonded debt would require a long-term commitment, say 30 years, for the parcel tax to remain in place since bond underwriters would need guarantee on the revenue stream. Also it should be emphasized that bonds cannot be issued for routine maintenance.”

The city is behind the eight-ball here because of policy decisions in the last five or six years, even when it became apparent the city was facing considerable fiscal stress. We have cited the city’s lack of heavy lifting on key reforms in the 2009 MOUs as a huge problem. The city, until 2010 and the new council was elected, was satisfied to deal with the deficit year to year. They failed to enact critical reforms, and deferred maintenance on critical infrastructure like roads and parks in order to balance the budget.

What we have not talked about enough is the decision in 2012, by a council with Joe Krovoza, Rochelle Swanson and Dan Wolk, to only seek $49 a year on the parks parcel tax even though all of them knew at the time the city needed far more to deal with infrastructure needs.

It appears we will now have to rectify that mistake, as well.

The city did an abysmal job of having a community-based discussion on the state of the budget in the last six months. It survived the sales tax largely because the impact on the voters was so low, the opposition so weak, and the need so apparent.

But that all changes for a parcel tax that would require two-thirds of a vote. Both the sales tax and some polling suggest there is not two-thirds support for another tax. But the city clearly needs it. If the city is going to run this the right way, it needs to form a campaign committee, hire a consultant, do real public outreach and education from July until September, and do a vigorous campaign in the fall.

Are they capable of that?

Some have suggested they need to wait until more cuts are made, but that means putting off the tax until June 2016, when we will be looking at tens of millions, if not hundreds of millions, in additional roadway repair costs.

What is clear is that the water project alone will add probably $3 million to general fund costs in the next five years. The city is moving on economic development, but most of that is going to impact funds in five to ten years, and that means that in the short term the city has to get creative about meeting infrastructure needs or risk having to close parks and never catching up on roadways.

One thing it can do is start laying out to the public how it plans to go further on employee compensation. One way it can do that in the short term is to take advantage of the fact that neither DCEA nor fire have signed collective bargaining agreements.

What more can the city do at this point? The city doesn’t face bankruptcy or a fiscal emergency, but things are not good right now.

3 thoughts on “Sunday Commentary: Council Needs to Step Up With Parcel Tax”