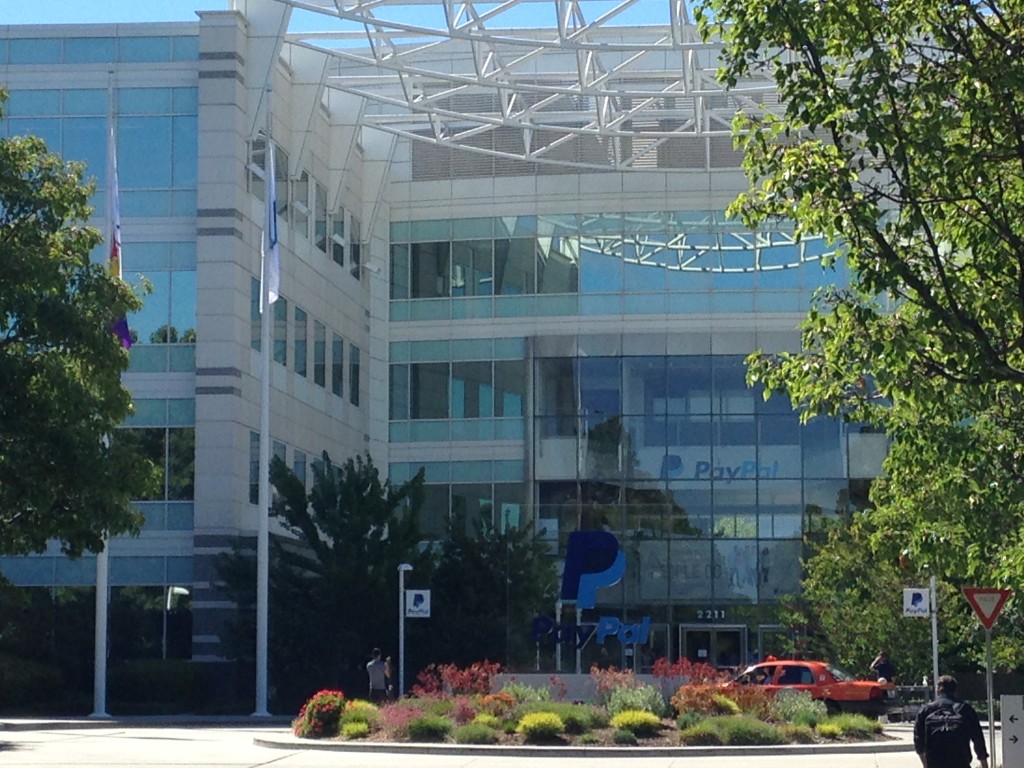 On Friday, we went to the PayPal Campus in San Jose for a seminar on internet marketing. What amazed me was the size of the facility. It had the look and layout more of a college campus than what you would think of as a standard business park.

As we were escorted through the main building to the back, there was an open space courtyard surrounded by other buildings, including what they call a town hall. LEED Certified buildings, cafés, and more.

It reminded me of a more compact version of what we already have emerging at the West Village campus. It would fit right in with Davis. I’m not suggesting that Davis needs to bring PayPal or even a similar company, but I am suggesting there are ways to build business parks that are very innovative and would fit in well with what Davis has and wants to become in terms of a place for high-tech university spinoffs.

At the end of the seminar we headed back for Davis making a quick on Mission Blvd off I-680 for lunch. We made a quick stop at Safeway and I realized, hey, they don’t have plastic bags here. There was no fuss, no drama, no turmoil, just the way it was. 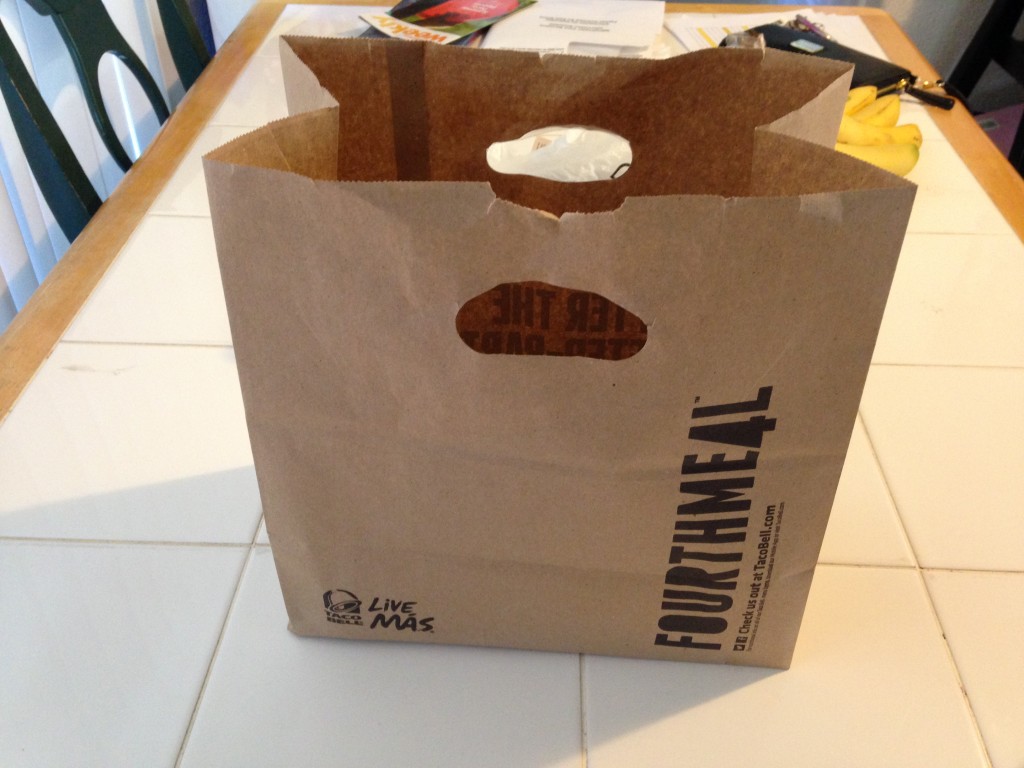 Funny thing is that, in advance of Tuesday, I stopped off a Taco Bell for a quick bite and received, instead of the standard plastic bag, a small, lightweight, paper bag. No fuss, no drama, no big deal.

Except that the Davis road to both a business park and a plastic bag ban have been nothing but drama so far. And we have not even really entered the critical time for the business parks.

On Tuesday, Davis will join 110 other jurisdictions that have enacted bans against single-use, carry out bags. There was an article in today’s Sacramento Bee which noted that “Davis becomes the first city in the four-county region to curtail the use of disposable plastic bags by grocery stores, markets and retailers within city limits.” Most of the rest are left-leaning coastal communities.

But still, this isn’t exactly a novel idea, even if we are first in the four-county region. And yet, we still have drama. Bob Dunning notes, “As we move ever closer to our toughest-in-the-nation plastic bag ban (if we’re not No. 1, why do it?), the city is sending out conflicting messages in an apparent attempt to ‘educate’ the unwashed masses of this town.”

Not sure exactly why Mr. Dunning believes ours is the toughest in the nation – it was modeled after others like San Luis Obispo County and has most of the same provisions.

He notes, “It explained that even restaurants are not exempt from the July 1 start date for the ordinance,” although “plastic bags can still be provided for soups and other foods that may spill or drip.”

He adds, “I can see a confrontation brewing when an unsuspecting Davis diner encounters an officer from the DPBBFP (Davis Plastic Bag Ban Food Police) as the diner heads home from his favorite downtown restaurant.”

While I recognize he’s trying to be humorous, there is no law against the public using a single-use carry-out bag, but rather against merchants from handing them out. And while there has been much made about the consistency in the ordinance, the basic premise was the reduction of usage and reduction of waste and that, the city staff noted, could have been done by simply applying the ordinance to grocery bags, which constitute something on order of 98 percent of the plastic bags.

Unfortunately, there is the Davis Way which, with all due respect, is in fact the hard and, maybe we should add, painful way. Look no further than the water debacle, which after nearly three years since the infamous September 6, 2011 meeting, we have not seemed to have resolved yet either. We are rapidly approaching the time when there will be no one left on staff or council since that original decision.

Will we pass a motion to have a Prop 218 hearing at this meeting? We will see. What the end game is, we don’t know.

And speaking of trials and tribulations, yesterday we argued that failure was not an option for the business park proposal. However, we seem to be heading down the road of destruction. Will cooler and wiser heads prevail and recognize that pushing for a November election that somewhat circumvents Measure R is a recipe for disaster?

Can we accept that we can make a few small, incremental changes in this community as a way forward? Don’t hold your breath. This is Davis, we know no other way other than the hard way.