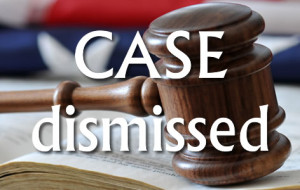 On the afternoon of July 1, 2014 at around 1:00 pm defendant Antonio Aguilar and his attorney met with Judge Rosenberg in Department 4 of the Yolo County Courthouse for a quick hearing.

The defense requested a California Penal Code §995 Motion, which is a request for the judge to dismiss one or more counts of the complaint against the defendant, Mr. Aguilar.

The motion was granted and the possession of paraphernalia charge was dismissed, due to an illegal search by the arresting officer. Judge Rosenberg described the incidents of the arrest as such:

The arresting officer saw an abandoned car parked on the side of the road and went to investigate. After noticing the car was vacant, he proceeded towards a downward bank and noticed Mr. Aguilar on the phone pacing back and forth.

Judge Rosenberg commented that a lot of people pace back and forth while on the phone, so there is nothing suspicious about that. He then continued by saying that the arresting officer saw Mr. Aguilar walk into a “cave” and back out carrying a bag. He told him to drop the bag. Mr. Aguilar complied. He then asked Mr. Aguilar to walk towards him and asked him what he was doing, he replied by saying he was “collecting gravel for his home.”

The arresting officer then told Mr. Aguilar he was going to search him, without any probable cause to do so. Upon searching him he found some paraphernalia and placed him under arrest. Mr. Aguilar promptly complied with all of the officer’s requests, despite not being very fluent in English.

Judge Rosenberg stated that the officer failed to ask Mr. Aguilar if anything was wrong before forcing a search, and that the arresting officer was fully armed and way bigger than Mr. Aguilar, who is slightly over five feet tall.

There are two grounds to a probable cause search described by Judge Rosenberg: 1) that an offense has been committed and that the suspect likely committed it, 2) there is a reason to believe that the suspect is armed. Neither of these circumstances seemed to be applicable to this situation, which resulted in the 995 Motion being granted and the dismissal of the case.