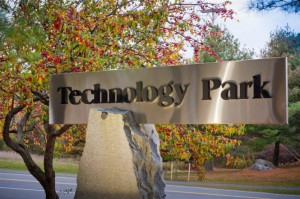 Once again, we can learn a lot from reading letters to the editor about the failure of the city to educate the public on the revenue drivers behind the city’s push for a business park.

Today a resident writes, “So, the city gets most of its income from property taxes, sales tax and building permit fees, right? (Really, are there other sources?) The city always falls back to wanting a technology park to increase revenue. It’s been a ‘want’ for 15 years at least.

“How does that bring in any money? We get property taxes, yes, but then discounts are given to entice companies to come to Davis. Am I missing something, or would it make more sense to try to stop the flow of sales tax revenue from leaving Davis? With a little more retail, you get property tax and sales tax revenue and we don’t have to waste gas driving outside of Davis. Shouldn’t we look at doing both?”

It is good that the resident raises the questions, however, the fact that he has to do that indicates to us that the city has not adequately addressed this point to the public.

In his FAQ on the Vanguard last week, Rob White explained how this project will generate tax revenue.

He writes, “Any new construction will generate tax revenue through permits, fees, property tax, sales/use tax and jobs. The question is how much and is there a point in time where the services for that new construction (whether commercial, residential, or open space) cost more than the ongoing revenue it creates. In the case of commercial and research facilities, they are typically minor consumer of services like police, fire, and parks/recreation due to their inherent activities.

“And in the case of the proposed innovation centers in Davis, each of the proposals is estimated to include over $1 billion in construction and infrastructure over the build out of the center (likely to be 10 to 20 years), of which a notable component is permit and fee revenue generation to the city. “

Mr. White adds, “A thorough fiscal analysis will need to be done to identify the actual parameters for each proposal, but a very rough calculation based on some of our existing Davis-based high tech businesses indicates a net positive revenue over expenses for the City.”

“And there is some research that seems to indicate that typically businesses consume less services than residents and may provide as much as 80% of all tax revenue to a city,” he concludes. “The fiscal analysis will tell us what the actual amount is for Davis and we will also work with proponents to make sure that fiscal sustainability is a driver for any project.”

She added, “These consulting firms have resorted to a number of tricks to make it appear that companies create huge net revenues for cities. Competition among cities and even other states and countries for companies has kept cities from ‘working out deals’ that would result in net revenue. A more careful reading of the study by the ECONorthwest consulting firm mentioned above actually illustrates my point. Note, they say the company AND ’employees’ paid and supported (whatever that means) $135 million in property tax. This means that employees bought houses and those houses have property taxes attached. But someone other than an Intel employee would have bought the houses in Davis if Intel didn’t come. Furthermore, we know that houses cost more to service than they bring in revenue anyway (after the tax split with the county, annexed land only returns about 6% of the property tax for the city, and the city has to provide services to the property). None of the state income tax comes back to the city. The comment on the report about Intel fails to make the case that Intel could have brought net new revenue to Davis. Again, it is highly unlikely that a business park will bring new net revenue to the city.”

She would later add, “I think it is wrong to tell citizens that a business park will help solve our fiscal problems when it won’t. The only way to address the fiscal problems is cut spending or to raise taxes. However, we are stretching the Davis ratepayers and tax payers pretty far now.”

Rob White the next day would step in and respond, “Sue – though I don’t really know you, I find your comments regarding an Innovation Park interesting. They do not seem to be based from direct knowledge or take into account the most recent studies by Association of University Research Parks, Battelle, or the Brookings Institute.”

He would add, “As a piece of missing data, the Mori Seiki plant generates annual property tax analogous to about 300 homes and annual sales tax analogous to several blocks in downtown. I cannot release actual figures (it’s against State law), but I will confidently tell you that any city with 10 or 15 Mori Seiki’s certainly would feel a 10 to 15% change in their revenue stream. And this was just a mere 18 months after opening their doors, not decades as has been suggested.”

He continues, “Also, we are in discussions with landowners on each of the potential periphery projects of doing a special assessment that will also generate income beyond sales and property taxes. I can’t explain more at this time because we must work through our legal channels, but let it be said that we learned from best practices in places like Mountain View and Sunnyvale on how to create sustainable and long-term revenue for the City.”

Mr. White concludes, “And don’t forget that our own tech business leaders (like Pam Marrone and Tyler Schilling) have been vocal about the need to have space to grow. That translates into permit fees, jobs, imputed income, and spending of dollars from outside sources and investment locally.”

The information is out there, but clearly the community needs to better understand how business park investment translates directly into revenue for the city.

Share:
Tags:BudgetBusiness ParkInnovation ParkRob WhiteSue GreenwaldTax Revenue
Previous : Part II: What Makes a Good City Manager – the Good and the Bad
Next : Did Leona Jull Illegally Profit off a Non-Profit?

25 thoughts on “Analysis: City Needs to Educate Public on Revenue from Business Parks”