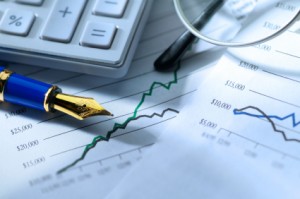 Dan Walters had an interesting column yesterday, writing that “Judge Christopher Klein has strongly hinted that he’s willing — perhaps even eager — to declare that city employee pension obligations are debts that could be trimmed along with those of more conventional creditors.”

That would be a major change in the way pensions are viewed, which right now are viewed as a vested right.

As CalPERS (California Public Employees’ Retirement System) notes, “The California Supreme Court long ago established that a promise of a pension made by a public employer to its employees is a promise the employer must keep. In other words, public employers in California are legally required to honor promises to current and former employees regardless of how much money they have set aside for that purpose.”

CalPERS defines a vested benefit as follows: “A ‘vested’ benefit is one that has matured into an irrevocable contractual right, which cannot be taken away or otherwise impaired without the member’s consent, except in extremely limited circumstances.”

They add, “The fundamental doctrine protecting California public employee pension rights is succinctly stated: ‘A public employee’s pension constitutes an element of compensation, and a vested contractual right to pension benefits accrues upon acceptance of employment.  Such a pension right may not be destroyed, once vested, without impairing a contractual obligation of the employing public entity.’”

From a practical perspective, this meant there was a limited amount that the legislature and governor could do to change present liabilities. But that might all be changing.

Judge Klein called this “a festering sore” and said, “We got to get in there and excise it and figure out what the story is.”

Wrote Mr. Walters on Monday, “Klein’s obvious leanings have drawn strenuous objections from the California Public Employees’ Retirement System (CalPERS). It has advanced several legal theories as to why pensions should be exempted from the haircuts other creditors are taking.”

He continues, “When Detroit filed for bankruptcy, the judge in its case flatly declared that pension obligations would be treated like other debts and could be modified. But CalPERS insisted that California was different because it is a state agency and therefore has sovereign immunity.”

Dan Walters reports, “Last week, however, Klein more or less dismissed that argument as he indicated again that he’s inclined to declare pensions to be fair game in bankruptcy proceedings.”

The real creditors on pensions are the current and potential city retirees, while CalPERS “is in effect a servicing agency,” Judge Klein said.

“San Bernardino, after initially saying it wanted to reduce pension debts in its bankruptcy and incurring CalPERS’ wrath, has shifted and has a recovery plan that doesn’t include pension cuts,” Mr. Walters continued. “Stockton has never wanted to touch pensions but one of its creditors — the only one without a settlement deal — claims that ignoring pension debts is unfair to other creditors.”

Mr. Walters reports, “Klein said last week that even if Stockton makes deals with all its creditors, he may still declare pension debts to be at risk, implying that he wants appellate courts to end the uncertainty.”

He invited parties in the bankruptcy case to “straighten me out before I make some dramatic boneheaded mistake” about the status of pensions, however, Mr. Walters writes, he “left no doubt that he was leaning in that direction.”

He argues, “Klein’s remarks provide a pathway to settling the issue without visiting more pain on Stockton’s current and future pensioners, who already have seen cutbacks in their health care. If all creditors agree, Stockton’s bankruptcy could end amicably, but with a pension ruling that CalPERS would certainly take to the appellate courts to prevent its being an immediate precedent.”

He concludes, “Coupled with what happened in Detroit, that process would result in a definitive ruling so that local governments everywhere and their creditors would know the risks of insolvency, rather than fighting them out case by case.”

As a staunch critic of the current pension system, but one sympathetic to defined benefits, I have mixed feelings on this development. A trial court judge is not going to be the final arbiter in this long-running legal question; ultimately the State Supreme Court is going to have to weigh in and possibly the US Supreme Court.

This would be a huge setback for CalPERS, which has relied for years on the fact that pensions are vested rights –  promises made to employees that cannot be rescinded.

On the other hand, the excesses of the pension system have been obvious for years and, while the state has attempted to reform how pensions are done in the future and the cities like Davis have asked employees to pay for a broader share of their pensions, it has always seemed odd that cities cannot prospectively change pension formulas going forward, even though they could retroactively increase pension formulas going backward.

It makes me recall once again the debate I had with the members of the California Labor Federation.

It was December of 2009.  I had been leading the way, pushing for pension reform while speaking out against the local firefighters’ union.  It’s probably not the best idea when your wife is a union organizer and you walk in union circles.

What happened next would be a huge wakeup call, at least for me.  My former boss, when I worked in Sacramento, asked me if I would meet with some representatives from the California Labor Federation, as they had some concerns with my writing.  My policy was and is that I’ll talk to anyone, and so, across the street from the Capitol Building, I met with what turned out to be two representatives from the California Labor Federation.

It quickly became clear that this was not going to be a discussion.  My view then, as it is now, is that there is a world of difference between fighting for the rights of people making less than $30,000 a year and protecting the salaries of those making $150,000 to $200,000 in total compensation.  If we do not figure out how to rein in those salaries and create a working pension reform, we will have the Proposition 13 of pension reforms rain down on us.

They did not see it that way.  They gave me slogans like “united we stand, divided we fall.”  They told me that without the firefighters in 2005 on the labor lines, the governor’s reform package might have been approved.

But back in 2009, I warned these leaders that if reforms did not come, we would likely see a Prop 13 of pension reforms.  While I think pensions have become excessive, I still support the concept of defined benefits.

They have managed to get only a modest measure by Governor Brown and to avoid more draconian measures such as the proposals from the Democratic Mayor of San Jose, Chuck Reed. But the time is coming and the writing is on the wall.

If a court ruling from Stockton becomes the law of the land, the game will change. Then the question will become under what conditions employers can change pensions going forward.

20 thoughts on “Analysis: Future of Pensions May Hinge on Stockton Decision”