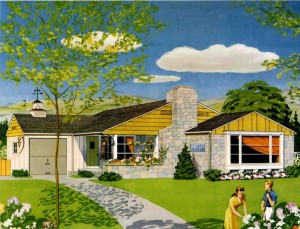 Like other parents, what primarily motivates me and keeps me up at night is concern over the future for our children. And with respect to the things our children will require, I am both more determined and more restless to do what I can.

When camping as a young boy, and then later as a Boy Scout, I learned to leave my campsite better than I found it for the next people that would require it.   I believe this to be a fundamental moral principle of a sustainable humanity… leaving things better for the people that follow.  I know that I am not alone in my concern that we are failing to uphold this principle. The sky is not yet falling and Armageddon has not yet begun; but there are ominous signs that our better days are behind us and global humanity is heading toward some giant and prolonged infection of profound misery.

Note that I am not an alarmist, and I dislike alarmists. But it is clear we are on a downward trajectory.

Over a decade ago, as a soon to be recovering big company IT executive, I had a depressing epiphany that my job was to cost-justify new technology by the number of jobs it would cut or reduce. One project I distinctly remember was for a big healthcare company call center project. We would acquire and implement a state of the art Interactive Voice Response (IVR) system and a customer website portal. The multi-million dollar price tag was justified by the expectation of a 50% reduction in the number of human call center employees. The pay-back would happen in about two years.

I felt like a criminal public defender… doing the work that had to be done, but without that definitive feeling that I was doing all the right things for humanity all the time. I was helping the machines and software take jobs away from humanity. I was on the wrong side of The Matrix. I began to seek a career change.

Marc Andreessen, the cofounder of Netscape and a frequent investor in new technology business, recently said “software is eating the world.”   It is true that technology and automation have transformed manufacturing to needing only a few high-skilled employees instead of the mass of low-skilled assembly line personnel.   Service industries are also not immune to job loss from innovation. How much self-service is available on the Internet?

I now work in small business economic development to grow jobs throughout California and parts of Arizona and Nevada. The change provides me much more positive internal feedback, and a consistent feeling that I am doing the right things for humanity.  But my reformed professional role also provides me a more detailed understanding of the true state of the economy. Small business is the bellwether for the economy; and small business is far from healthy these days. Even the sixth year after the epic crash of our financial and housing markets and the beginning of the Great Recession, things are not very rosy.   For example, new businesses were created at a 30% lower rate in 2012 than the annual average rate in the 1980s. The trends for 2013 are not much better, and in the first quarter of 2014 both the GDP and productivity declined at a 2.9% and 3.5% annual rate respectively.

And like the business trends for increasingly using machines and software, these economic trends for fewer new small businesses are troubling, to say the least. They are troubling because I believe the human animal is physically, mentally and psychologically programmed to work. Without work we can become humanly dysfunctional and humanly less good. And certainly, in consideration of our traditional American values, we become less American. We need to work. But there is negative inertia preventing many of us from doing so.

Note that I am not down on government, nor am I down on technology (machines and software). Both can be good and bad toward leaving the world a better place. But I do think we have a profound, but little-understood and little-discussed, issue where machines and software are advancing their labor value while government policies push down the value of the alternative human labor.

In addition to big government making it more difficult and more expensive to actually employ human labor, we can also attribute part of the decline in human labor value to our big government education system that has failed to keep up with our economic needs. Lastly, possibly through necessity for dealing with inadequate work opportunity, we have experienced a shift in societal norms related to work in general. People just don’t want to work as hard as the generations before. They have “progressed” to have higher expectations for an easy life. In all, I think this is a wrongheaded and dangerous direction for a country that grew its greatness on hard work, inventiveness, enterprise and self-determination.   We just won’t be as great with fewer people working… whatever the causes.

My friends know I am a frequent advocate for education reform using technology. I think our current education system is wholly inadequate for our modern needs.   I expect profound changes within the next decade. Eventually the most talented single teachers in the nation will reach hundreds of thousands of students, and software will provide them with homework assignments customized to their strengths and weaknesses. And the school districts will save money not having to employ as many teachers to deliver the instruction. My expectation is that there will be fewer, but more highly-skilled (and more highly-paid) teachers, more electives and more tutors and career counselors… but effectively fewer education system employees than we have today. And the savings in human labor costs will be directed at technical education delivery solutions. Again, machines and software will eliminate jobs while making great forward strides in the products and services delivered. But until this happens, our education system will be mostly a jobs program for adults and be inadequate for the needs of our children and future workforce.

With respect to work, jobs, careers and prosperity, we have a great disconnect of competing and conflicting needs that are not being adequately addressed.   We have a fundamental negative trajectory in value and opportunity… and it means our children will have fewer opportunities to earn anything close to the good American life enjoyed by the generations before.

Obviously this is not good. Improvements are imperative.

So what do we do? Here are some ideas:

We have to redirect the mammoth government ship away from focusing on the short-term needs and wants of people, and toward a new direction pursuing a vision of human long-term economic well-being.

Certainly we need some safety nets. And certainly not everyone wants to be, or can be, rich; but people need enough income to survive. What we need is an abundance of opportunity supporting independent freedom of choice, and a shift in the top-down expectation for all able-bodied people to work. We do this by directing our government to stop spending so much on entitlements and expanded safety nets, and instead direct resources into things that help grow the economy. Because without a growing economy we won’t have enough jobs, and without a job, and without a career, few people will truly and honestly admit to having a good American life.

We have a huge potential opportunity cost for failing to modernize and improve our education system. The labor market went global, and the bar has been raised in terms of business need/expectations for labor skills. The current public education system is largely the same model of a century before. But today our children carry around with them a 4” screen where they have access to the world’s information 24 x 7, 365 days per year. Given this, why are we requiring them to sit still in a seat for 7 hours per day listening to a boring lecture on subjects they will most likely never use and will soon forget? We are missing the big picture here. American children are like information race cars being penned up like lambs that we aspire to grow to sheep. It is past time to recognize the mistakes we have made holding on to irrelevant and useless education tradition, and make education the next industrial revolution.

3. Reduce the cost of housing.

175 thoughts on “Are We Losing our Good American Life?”