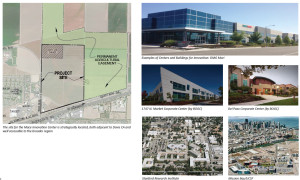 The phrase, as far as I can tell, comes from Voltaire, and the literal translation is “the best is the enemy of the good.” For our purposes, the origins and meanings are less important than the lessons.

This was the mantra I heard on Tuesday night in various forms coming from proponents of Davis’ proposed innovation parks. As Elaine Roberts Musser put it, there are those who will put the bar so high that “we can’t approve this.” She was concerned that there will be demands made that pile up to the point where the city and developers can never reach those demands.

However, there is a clear balance here as well. Jim Gray probably struck the best tone, noting that the council should “pause for a second and avoid picking winners and setting a prescription of what’s the right answer.” He argued that we have world class developers and planners working for them. “You have an opportunity to stimulate a competition to challenge new ideas and to cause the folks who have the land, the money, the resources, and the ideas to innovate on your behalf. “

“You sit as the judges of those values and make sure that those qualities are being incorporated,” he said, warning them not to fall into the trap of micro-managing the project.

“This is 2014, and it’s difficult to guess what are going to be the innovative projects, the technologies, the important changes in the environment, the economy that we’re setting up for ten years, twenty years from now,” he continued. “All of these folks are about to take a business risk that if they’re really lucky they’ll be building their last buildings and selling their last lots thirty years from now.”

He concluded noting, “Encourage your staff and citizens to push these folks to do something that will incorporate Davis’ DNA and that we can all be proud of.”

That I think is the clear challenge going forward. How do we create something that adheres to the values of this community – as Jim Gray puts it eloquently, that “will incorporate Davis’ DNA” and “that we can all be proud of” – without building the tower so high that it either topples under our own hubris or making it so lofty that we cannot succeed.

There is a danger that we can plan something so grandiose that we simply are not able to get financing for it.

I have attempted to be as clear as possible on this issue.

Davis is at a critical crossroads. We face long-term yearly structural deficits for the next several years. The community has patched much of those deficits through the Measure O tax measure. But going forward the prognosis does not look nearly as good.

However, Davis has also chosen to eschew most chain and big box retail. It has a low tax revenue base. And it has Measure R – which, real or perceived (earlier this week I argued for the latter), has limited Davis’ peripheral growth.

So something has to give. Going forward, costs will increase whether they be for pensions, health care, or cost of living adjustments to salary. We have critical infrastructure needs that will not simply be addressed with a parcel tax measure.

So Davis has a choice. It can cut back on services. It can raise taxes incrementally every five years. Or it can look for ways to development economically.

I believe that the Davis Way can work – participatory, deliberative, and democratic approaches to land use. By developing a few relatively small, 200 acre business parks, we can maintain the core DNA of our community while greatly expanding our revenue base.

However, this is whether the good meets the perfect. In order to gain the support of the community, the developers are not simply going to be able to plop down factories and warehouses.

This community needs to make a critical decision in the coming weeks, months and probably years – what does this community look like going forward?

I still believe we can develop economically without harming the character of this community that many find so appealing.

The question, however, becomes where is the line to be drawn between upholding the Davis Way, incorporating Davis’ DNA, and building up a project to the point where it falls upon its own weight.

Now, many will argue that these standards are imposed intentionally to kill projects. I have no doubt that, while that may be true, there is a core group in the middle – and I’ll put myself there – that very seriously want to bring in innovation parks, but want to do so while adhering to our community values.

There is a fine line. In less than two weeks we are hoping to bring in Dennis Conaghan from the San Francisco Center for Economic Development. Ironically, San Francisco faces some similar challenges to Davis and his experience can help us understand the way forward.

This is for us about creating a project that fits within this community rather than building up the requirements so high that it cannot possible succeed.

12 thoughts on “Commentary: The Perfect, the Enemy of the Good?”