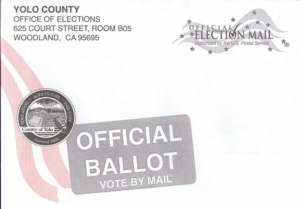 On Tuesday night, city council, after some debate – a majority of which took place between Brett Lee and newly-elected councilmember Robb Davis – decided to delay placing any parcel tax on the fall ballot. While they voted to place a parcel tax on the spring ballot, they were undecided about what the tax should fund.

Councilmember Lee started the discussion by making a two-part motion.

The first part included a recommendation that council appoint a subcommittee to look into all the recreational infrastructure needs of the city and place a parcel tax to pay for these items on either the 2015 or 2016 spring ballot.

The second part of the motion was that council vote to place a $48 dollar per parcel 30-year revenue measure on this coming November ballot, to specifically fund road repair.

When questioned by councilmember Swanson about the amount, Lee responded, “$48, if bonded over 30 years, represents 20 million dollars upfront. So spending in the neighborhood of 10 million dollars in year one and 10 million in year two helps front load some of the overdue repairs of our roads. That combined with the money from Measure O, I think, is a very solid first step.”

Councilmember Davis responded to Lee’s motion by saying that he would like to move in a different direction.

He argued that, before a parcel tax was put forward, the city should have a better picture of all of its infrastructure needs. He recommended that staff should spend the next 6-10 months on a systematic process that would identify these needs.

Davis stated, “People want to know the magnitude of the challenge, they are not afraid of it, they don’t want us to hide things, they want us to put stuff out there, they want in a sense to have us treat them like adults.”

Davis feels that the 4.7 million dollars set aside by the previous council to pay for street repairs was enough for the city to get started on road repair while the infrastructure analysis was being completed. He claimed he did not believe that a $50 parcel tax would move them far enough, and the city needed more time to lay out a broader picture to the community of its exact needs.

Councilmember Lee argued that the city has substantial unfunded liabilities that could not be met in what could be asked for in one parcel tax. He stated, “This council was presented about a year ago with a very comprehensive look of the roads so I have no problem supporting a parcel tax for something we know we need.” He continued, “As the pavement consultant said time equals money, I would hate to delay for another year making this effort.”

Lee went on to state that the magnitude of the unfunded liabilities is an opportunity to help the public understand why a tech park, and the revenue it could potentially generate, is so vital to the community’s economic health. He stated,  “We need to have some economic development. The idea is that will have an innovation park, we do need that for revenue, so that we don’t just simply rely on taxing the community to take care of all our needs.”

Councilmember Swanson expressed concern over having separate parcel taxes to address different needs, fearing doing so may put passage of later ones at risk. She also stated that she was inclined to wait until spring to put a tax measure on the ballot, claiming that the extra time would give council a better opportunity to educate the community about the fiscal needs of the city.

Councilmember Frerichs stated that, while he was not interested in putting a tax measure on the November ballot, he did support Lee’s motion to form a council sub-committee to examine recreational infrastructure needs. He also stated that he was unsure if he was interested in supporting a parcel tax just for roads and a separate one for amenities.

Ultimately, a motion was put forward by Frerichs and seconded by Swanson to delay putting any potential parcel tax on the ballot and to form a subcommittee to develop a comprehensive infrastructure needs list.

The motion passed 4-1, with Lee casting the dissenting vote.