It is 7 am in mid-July, but the Davis High School girls’ volleyball players are working hard at the Performance 22 gym to get in shape for the start of the season. For Coach Julie Crawford, it was not long ago that she was in the middle of one of the most heated controversies in recent memory. Her passion was threatened by the actions of a school board member and her future was in the hands of the school district.

The strange saga came to an end with a whimper, following explosive allegations that would force one school board member to resign and perhaps cost another a chance at higher office. For Julie Crawford, though she would be suspended from coaching the boys’ volleyball season, she was allowed to return to coaching the girls’ volleyball team for the upcoming season.

The Vanguard caught up with Coach Crawford early Thursday.

“The last year has been a little bit of a struggle just trying to stay mentally tough and trying to stay focused on what I love to do and that’s coach volleyball and be around the kids,” Coach Crawford said. “When there were all of these outside influences, I really had to challenge myself to stay above the fray.”

The passion and conviction shine through as she talks about her experience and being away from the game and profession she loves.

“I just had to stay mentally strong and enjoy my time in the gym with the kids and really not let the outside influences affect the job that I do with the kids,” she continued. “I surrounded myself with people that supported me and just stayed true myself.”

Not being able to coach, she said, was one of the hardest things that she went through. “I was away from volleyball for the boys’ season,” she said. Previously she had been on a constant cycle of coaching the boys and the girls each season. “Taking a little time off was really hard. It was hard for me to kind of stay out of the gym and not be involved. I attended every one of the boys’ games and I helped the boys’ coaches kind of get things together and with the behind the scenes organizational stuff.”

She still felt part of the organization and part of the team, but not coaching was not the same for her.

“They had a great season and as hard as it was to sit back and watch their season happen without me, I still felt a part of it,” Coach Crawford said. “I still felt like the program was mine. It makes me even more excited and motivated to be back coaching the girls.”

Now she is trying to put the last year behind her and move on. 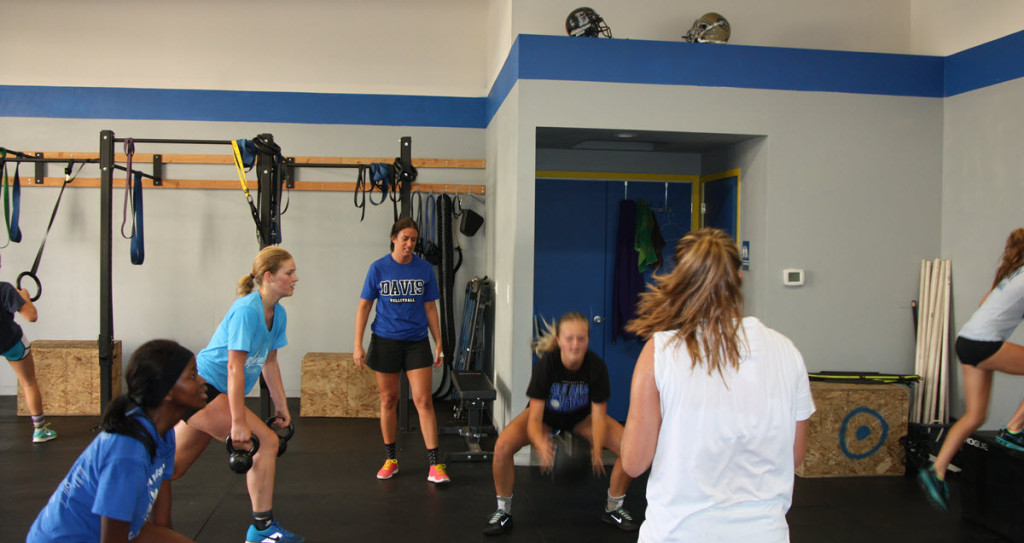 “I don’t have any hard feelings, I’m not bitter about anything, I’m back where I want to be,” Coach Crawford stated. “All that I really want to do is coach volleyball. A few bumps in the road just kind of gave me the momentum to kind of continue to make the program shine.”

“Moving forward is the theme right now,” she added. She said she really doesn’t want to dwell on what happened in the past. “I’ve moved on, I’m focused on here and now.”

She is moving forward with both the boys’ and the girls’ programs and is now focused on making those programs the best she can.

She did say, “The kids don’t need to be involved in that of that. That is one of the things I really tried to do – was keep it all out of the gym and not show any emotion around the kids.”

Julie Crawford said that she sleeps with a clean conscience at night because she knows she is there for the kids. It is an impressive program that only the truly motivated student-athletes can really adhere to.

“We’ve been like going all summer,” she said. After taking time off in the spring, “I was itching to get back.” She added, “I filled our calendar.”

She said, “I usually don’t start this early with stuff. Every year I try to add a little bit more to the program as I’m learning to coach, I’m learning that we should be training a lot more if we want to compete in our new league.”

The girls, she said, want to be out there doing something so she has created a summer program since a lot of the other sports teams have done the same. So in May, following the boys’ season, they started open gym at the high school. They could come three days a week, open to both boys and girls.

After two weeks off in June, they started in July and have been going 100%. They come to Performance 22 with trainer Josh Reese three days a week. They have two sessions – the older girls start at 7 and the younger girls start at 8.

Next week is dead period, which means no contact for her with the athletes, but she is bringing a former UC Davis coach to train them for a couple of days. The guest coach will come in and keep them touching the ball for the next two weeks. 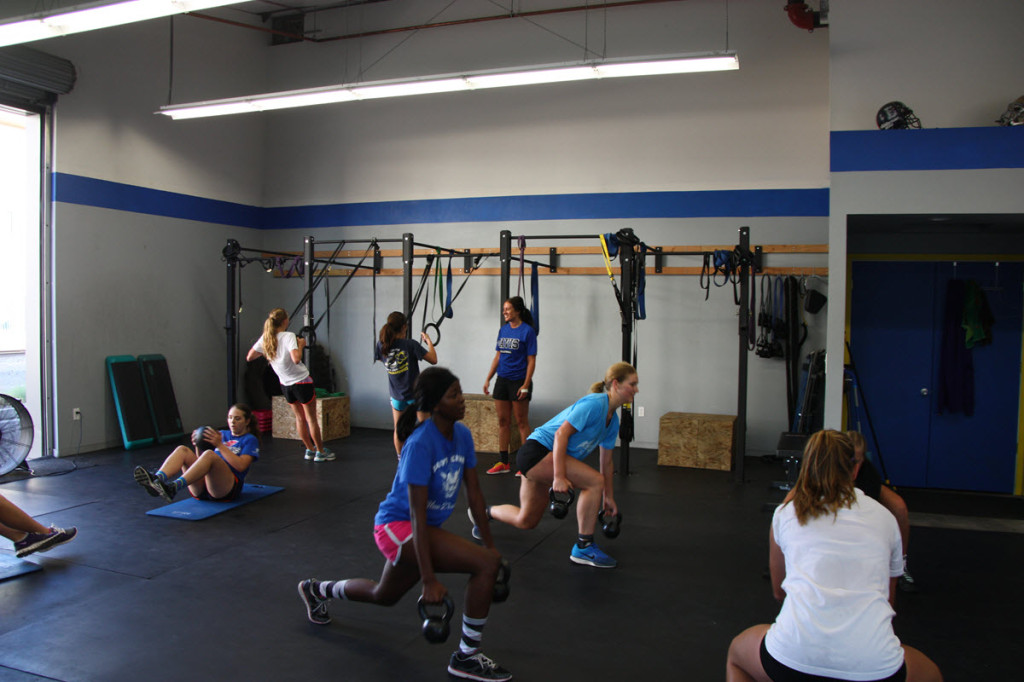 Likewise, the boys have been working in open gym.

She said after the season she thought they would want to take some time off, but that didn’t happen.

“They were in the gym the very next week, wanting gym time in open gym,” she said. “That makes me feel good that they came off a season and they still love volleyball and they still want to continue to play volleyball, so that’s a really good feeling.”

“Sometimes it’s hard to do both (boys and girls) at the same time,” Julie Crawford said. “I have to balance what I’m doing with both teams.”

She said they can’t practice together, because differences both in the net height and strength makes it incompatible. “I’ll start with the boys and do open gym stuff when the girls end around November,” she added. “But I also want to get the boys into P-22 working with Josh and get them on a training program as well.”

She really likes the training program and now wants to incorporate the boys into it.

“We still have tryouts,” she said. “Come August, everyone who has been participating in all of these open gyms and practices and Performance 22, they still have to come into the gym ready to go and prove themselves and they have to earn a spot on one of the rosters.”

That is the difficult part of the job, as not everyone will make the roster.

Like Julie Crawford, the school district is moving forward as well. Last March, Board Member Nancy Peterson resigned amidst the controversy. Julie Crawford appealed the district’s decision to not pick up her variable service agreement, but upheld it in a 3-1 vote.

However, a few days later, Ms. Crawford was reinstated to coach the girls in the fall.

In May, the board appointed Alan Fernandes to fill the vacant board seat. He will seek election this fall for a two year term. The board has been working hard to change policies involving how coach’s contracts work, as well as the complaint procedure which lay at the root of the conflict that would engulf the district and the entire city.

On a personal level, Julie Crawford just finished her masters in coaching. She also got to go to Nicaragua to coach volleyball a bit this summer.

“I’ve been busy,” she said. “Every summer I do something… professional development-wise, so I begin the season with new ideas and feeling inspired. That’s how I know I’m doing what I’m supposed to be doing because I love volleyball… I love working with the girls.”

She said she is trying to make it a program which the boys and girls are proud to be a part of.

“One of my goals is to always want to establish a culture of team oriented and team minded,” Coach Crawford said. “I think the team chemistry always comes naturally because I encourage them to bond. I make them do things like this where they’re working together and around each other.”

“If you get along and have good chemistry off the court, you’ll have it on the court,” she said.

In the meantime, Julie Crawford is just happy to be back doing what she loves.

9 thoughts on “Julie Crawford: Moves Forward, Back Doing What She Loves”