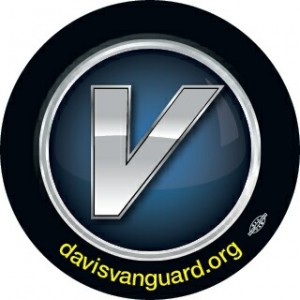 The Vanguard Editorial Board is an advisory body comprised of six members, in addition to Vanguard Editor and Executive Director, David Greenwald. The editorial board helps to develop Vanguard posting and commenting policies, direct outreach, and develop issue coverage.

“The addition of two prominent members signals the continued growth of the Davis Vanguard,” founder and Executive Director David Greenwald stated. “We have come a long way from the days where this was simply a one person operation from my living room couch.”

Mayor Joe Krovoza left the Davis City Council on Tuesday night after four years of service to the community, three and a half of which he served as mayor. He was a candidate for the 4th Assembly District where he placed fourth overall, but finished second in Yolo County and first in the City of Davis.

“I can’t imagine serving on our City Council without the vibrant dialogue of The Vanguard,” Krovoza stated. “Time and again on key matters moving to the Council for consideration, The Vanguard organized and enriched the community dialogue. Quality debate will always bring our democracy as close as possible to the wisest path forward, and there is no more central institution for such in Davis than The Vanguard.”

He added, “For these reasons, I am delighted to join the editorial board of The Vanguard as my first post-council community involvement. I can’t wait to get going with this next chapter of community engagement.”

Daniel Parrella ran for the Davis City Council for the first time in June. While he finished fifth, he impressed many during the course of the campaign with his hard work and knowledge of the issues. He said, “The Vanguard adds a whole new level of depth to the community discussion and is only beginning to scratch the surface. I am honored to join and help shape its future.”

On Tuesday night, Robb Davis was sworn in as Mayor Pro Tem. Mr. Davis was a founding member of the Vanguard Editorial Board that was launched in the spring of 2012.

“I joined the Vanguard Editorial Board because I believed that the Vanguard offered a unique ‘dialogue space’ in which issues of concern to Davis and Yolo County could be shared and discussed by a wide variety of people with varying perspectives,” Mr. Davis said.  “Because I am committed to seeing such spaces flourish, I was drawn by the opportunity to contribute to the further development of one of them.”

He added, “While not perfect, I think the Vanguard has become a forum where people can have their perspectives broadened (and challenged).  It is also a space in which certain topics receive their only public hearing in our community.”

“I was excited to see the Vanguard use its position to create new dialogue and learning spaces by sponsoring public education and candidate forums.  I was glad to be part of the development of these new dialogue spaces,” Robb Davis added.

As currently comprised, the editorial board consists of: Matt Williams, Tia Will, Michelle Millet and Cecilia Escamilla-Greenwald, and now, in addition, Joe Krovoza and Daniel Parrella join the Vanguard Editorial Board.

The Vanguard Editorial Board has one vacancy. It is open to anyone in the community who wishes to serve. We welcome all applications – interested members of the community can email their intent to info@davisvanguard.org.