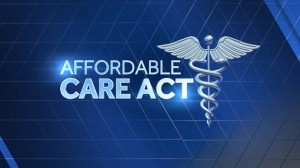 As an advocate of single party payer health care administered through an integrated health care model such as Kaiser, I was not happy with the ACA. I wanted more. But that has not stopped me from realizing the benefits that I have seen directly both within my own family and for my rapidly increasing number of patients.

The ACA is a large program with a number of provisions. As with any large, complicated structure, it has some good features and some that may not work out so well. In short, I see it as a step in the right direction, not a panacea. Since this is a “front line view” I will present what I have seen as an indirect beneficiary of the plan and as a primary care doctor.

The first provision of the plan that affected my life was the extension of parental medical insurance to children until the age of 26. Immediately after graduating from UC Berkley and prior to anticipated application to medical school, my daughter, then age 22 was diagnosed with anorexia. This chronic relapsing condition has a 1/5 mortality rate. Effective treatment frequently involves multiple inpatient hospitalizations costing upwards of $ 150,000 each followed by intensive and expensive outpatient therapy. Without my insurance plan, my daughter, the new graduate, who had done everything our society expects from our youth including college, work, and volunteer activities would have had no way of accessing the potentially life saving treatment once my financial resources were exhausted.

This was what our previous “best in the world” health care “system” of fee for service medicine would have offered my daughter. It was what we previously offered many healthy young people who don’t perceive the need for health insurance until they are stricken with a major illness or accident. This provision of the ACA saved my daughter’s life while saving me from bankruptcy after 30 years in medicine. Since this dramatic event in my life, I have had many young women able to keep me as their doctor because of this provision of the ACA.

Moving beyond anecdote, the primary purpose of the ACA was to decrease the number of medically uninsured Americans thus providing improved access to medical care for those not fortunate enough to be within the most affluent economic group.

Recent polls reflect the decreasing percentages of Americans who are uninsured.

From a Gallup poll in May

“The uninsured rate for U.S. adults in April was 13.4%, down from 15.0% in March. This is the lowest monthly uninsured rate recorded since Gallup and Healthways began tracking it in January 2008, besting the previous low of 13.9% in September of that year.

There is much variability from state to state in enrollment in ACA based insurance largely dependent upon how many resources were allocated by the state to provide a framework for enrollment and whether or not the state opted to enact Medicaid expansion. Since this is a front line view, I will focus on what has occurred locally.

Although my position with Kaiser will not allow me to provide specific numbers,

I can say that within the Sacramento area ranging from Davis on the west to Folsom on the east, Kaiser’s membership growth through Covered California has outstripped our predictions by a large number. This unanticipated degree of growth carries with it one of the major concerns about the ACA which was inability of current providers to meet access demands. We will be meeting this increased demand by doing the obvious, hiring more providers. To a front line care provider, this is a win –win situation. More people able to obtain preventive services will in the long run decrease the overall cost of their care. It also creates more job opportunities for those needed to provide that care including doctors, nurse practitioners, physician assistants, physical therapists, nurses, medical assistants, and support staff. This growth of economic opportunity should have universal appeal.

Another objection to the ACA has been that those who previously had health insurance plans that they were happy with would be able to keep them. This did not turn out to be the case for a number of our patients. There was concern that we would lose membership from our limited coverage plans. What actually happened is that the majority of our patients who lost coverage in this manner re-signed up with Kaiser through Covered California with expanded coverage.

Another objection to the ACA is the mandated nature of insurance. The question I am frequently asked is “why should people have to buy something that they do not want or feel that they need?” My response is that they should not. My preference is universal health care coverage. However, due to current political realities, that is not an option at this time. What people who ask this question are overlooking is that many people do not want insurance or feel that they need it ….. until they do.

Individuals of all ages are subject to unexpected illness and accidents. Within the past month, I diagnosed breast cancer in a woman under 30. When the individual is uninsured, regardless of reason, we all end up paying for their care either through increased insurance premiums or increased taxes or both. The alternative would be to allow them to die at home or on the side of the road and even the most ardent libertarians will not admit to advocating that policy.

In my individual practice, I see many young women who do not perceive themselves as having any major medical problems and yet benefit from preventive health care services prepaid, and thus dramatically less expensive than they would be in the fee for service world. As just one example, an IUD that would cost about $800.00 dollars in the fee for service medicine world costs less than half that due to our economy of scale and model of care provision. For most of my patients, it costs them nothing more than the copay for their visit, usually under $30 dollars. I can imagine those advantages not limited to a particular insurance plan, but spread across our entire population. What opportunity for health care cost savings in the long run !

Here in Davis , the ACA has presented as a sharp increase in the number of new patients. On the level of the individual primary care doctor, I am seeing an average of 4 patients new to Kaiser daily. While this would not be unusual for an Ob/Gyn within the first few years of practice, it is virtually unheard of for a doctor with a stable practice of 22 years. Another change is that for many years, Kaiser had a far higher proportion of upper economic group patients. What we are now seeing are many more patients from the lower economic groups. These are the same folks that I was previously seeing only in the Emergency Room and for their one mandated ER follow up visit before discharging them back into the ranks of those unable to obtain routine preventive and non emergent care. What is certain is that I can provide far better and more cost effective care on line, over the phone, and in my office than I can provide in the ER.

My preliminary view from “the trenches” of primary care medicine is positive. What I see are increased opportunities for individual patients, who would otherwise do without, to access preventive and early intervention care services. This in turn has lead to increased employment opportunities within the health care field and the opportunity to provide care in the most cost effective way. The ACA is far from perfect. It continues to link health care to insurance instead of providing universal coverage. It continues to link health care to employment outside the home thus inhibiting job mobility and in some cases , social choices such as whether to join in marriage or to divorce although to a much lesser degree than with our previous system in which case either of these changes could prove catastrophic both medically and financially. Although not perfect, the ACA is, from the front line, so much better than what we previously considered “the best” that I cannot even imagine stepping back from this “small step forward” towards universal health care provision.

117 thoughts on “Obamacare – A View from the Front Line”