Mr. Morgan was placed on a reasonable probation, from a previous battery case, that included an ankle monitor and forbade both alcohol consumption and contact with the victim of the case.

On Monday, a probation revocation hearing began with probation officers accusing the defendant of being present at a bar without a fully charged and traceable ankle monitor – a clear violation of his agreed-upon probation. According to the officer, the defendant was untraceable for several hours on July 19 after his ankle monitor was depleted of battery power at Ace of Spades in Sacramento. Although it’s questionable, the officer referred to Ace of Spades as a “bar,” with access to alcoholic drinks, while claiming that the defendant could have had contact with the victim of the previous battery case during the hours that he was untraceable.

Deputy Public Defender Lisa Lance changed the perspective of the accusation after she claimed that her client went to Ace of Spades for a concert and had had his hands marked indicating that he is unable to drink. After stating that the officers failed to provide a copy of the report to the defense, Ms. Lance claimed that the defendant called probation officers several times throughout the night to assure them of his location and to confirm that the device was working properly.

According to the probation officer, contact from the monitoring device was lost late afternoon on the 19th and regained at around 1:00 A.M. on the 20th.

When asked by Judge Reed if the probation involved a curfew or permission for travel to areas, the probation officer stated that there was no agreed-upon curfew and that the defendant was allowed to travel within close proximity around California without permission.

Judge Reed provided insight into the hearing by claiming that Ace of Spades maintains areas where drinking is forbidden for those underage and that concerts are the main functions of the venue.

Ms. Lance once again questioned the validity of the accusation when she claimed that her client felt vibrations from the monitoring device. Before providing a ruling, Judge Reed asked the probation officer to confirm the ankle monitor’s battery life for the date in question.

According to the probation officer, vibrations from the ankle monitor indicate that the device is not working properly and needs charging. Contact with the device was lost from 9:45 P.M. on the 19th to 1:41 A.M. on the 20th.

The defense continued their claim by explaining that, during a call, probation officers had told the defendant that should the device lose contact or not properly function a call would be received indicating the issue. Although the defendant cannot confirm if the device did lose contact or die from a low battery life, the defense stated that the defendant did make an effort to arrive back to his residence immediately once he received a call from officers asking if he was still at Ace of Spades. Once he was aware of an issue, the defendant called a friend to arrange a ride back to his residence since he did not have his own mode of transportation. The defense continued by explaining that the defendant was present at all required court cases and hearings and that he showed great interest in the court proceedings by conferring with his attorney beforehand.

Judge Reed concluded the hearing by explaining that he usually believes statements made by probation officers and that he understands that the defendant did not consume any alcoholic beverages at the venue. Although he credited that decision, Judge Reed reprimanded the defendant and explained that he questioned his overall judgment. Defendant Morgan was placed into custody and handcuffed with a promised release on Friday. 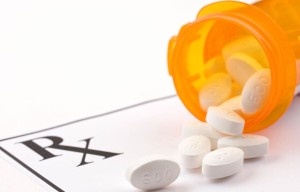 Former special education teacher Sheri Haselhuhn appeared for her preliminary hearing on July 21, 2014, at 10:00 AM in Department 6 of the Yolo County Courthouse. Ms. Haselhuhn was a teacher at the Delta Elementary Charter School in Clarksburg with 14 years of teaching experience, and is being charged with burglary and possession of a controlled substance.

She is being accused of stealing and using prescription medication belonging to one of her former students. The medication was supposedly kept in a locked cabinet located in a room at the end of the school. The school’s administration noticed that some of the student’s “Adderall” prescription was coming up short. Adderall is typically prescribed for those who are diagnosed with attention deficit disorder.

The school contacted local authorities to investigate, and a surveillance video of the room led to the arrest of Ms. Haselhuhn at her home in West Sacramento. According to authorities, the video surveillance shows Ms. Haselhuhn taking and consuming one of her student’s prescription medication.

The defense, with the approval of the court, rescheduled the preliminary hearing until August 18, 2014, in order to finish the investigation.