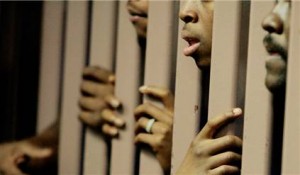 Established in 1986, The Sentencing Project works for a fair and effective U.S. criminal justice system by promoting reforms in sentencing policy, addressing unjust racial disparities and practices, and advocating for alternatives to incarceration.

In a report recently issued, the Sentencing Project addresses disparities in the criminal justice system, juvenile life without parole, the death penalty and its racial implications, and felony disenfranchisement.

They report the following:

The U.S. government cites a report by The Sentencing Project to suggest that disparities in the prison population may be diminishing. However, this reduced racial disparity largely pertains to women and in significant part is a function of more white women being sentenced to prison, rather than action by the government to reduce current disparities. Racial and ethnic disparities among women remain prevalent, although less substantial than disparities among men.

The War on Drugs has exacerbated racial inequalities in the criminal justice system through discriminatory law enforcement practices and disparities in sentencing laws, including the application of harsh mandatory minimum sentences. While the federal Fair Sentencing Act (FSA) of 2010 reduced the crack/cocaine sentencing quantity disparity triggering mandatory minimum penalties from 100:1 to 18:1, there is still disparate treatment in the sentencing of individuals convicted of offenses involving these two pharmacologically identical drugs.

Because African Americans constitute 80% of those sentenced under federal crack cocaine laws, the disparity in sentencing laws leads to harsher sentences for black defendants for committing similar offenses to those of their white or Latino counterparts convicted of powder cocaine offenses.

Even though the U.S. Sentencing Commission voted to apply the guideline changes associated with the FSA retroactively, those persons sentenced prior to adoption of the law are still subject to the previous mandatory minimum levels.

While the Supreme Court in Miller v. Alabama, 132 S. Ct. 2455 (2012) held mandatory juvenile life without parole (JLWOP) sentences to be in violation of the Eighth Amendment, there are still about 2,500 individuals in the United States serving such sentences for crimes committed before the age of eighteen.

The United States stands alone in the imposition of such severe sentences; currently no other country imposes JLWOP sentences.

At the time of the Miller ruling, seven states plus the District of Columbia had banned JLWOP and only four states have joined their ranks in the two years since.

Thus, in most states, juveniles may still be sentenced to LWOP as long as it is not imposed as a mandatory penalty.

The racial disparities among those persons subject to these penalties make their use even more problematic. Of the 2,500 individuals currently serving JLWOP sentences 61% are African American, 27% are white, and 12% are “other.”

“The proportion of African Americans serving JLWOP sentences for the killing of a white person (43.4%) is nearly twice the rate at which African American juveniles are arrested for taking a white person’s life (23.2%). Conversely, white juvenile offenders with black victims are only about half as likely (3.6%) to receive a JLWOP sentence as their proportion of arrests for killing blacks (6.4%).”

Additionally, the Juvenile Justice and Delinquency Prevention Act, the nation’s only federal policy specifically designed to handle the nation’s juvenile justice systems, has not been reauthorized in over five years. A reauthorized Act could significantly strengthen the Act’s mandate to address the severe racial and ethnic disparities which plague juvenile justice systems nationwide by requiring states to take concrete steps to reduce and monitor disparities.

While six states have repealed the death penalty in the past seven years, more than 3,000 people remain on death row. In the past ten years 42 people on average have been executed each year and 20 people have already been executed in 2014.

Second, black defendants are more likely to be sentenced to death regardless of the race of their victims.

When these two factors are taken together, the impact of race on capital sentencing is staggering. As far back as 1990, the U.S. General Accounting Office found that “[i]n 82% of the studies [reviewed], race of the victim was found to influence the likelihood of being charged with capital murder or receiving the death penalty, i.e., those who murdered whites were found more likely to be sentenced to death than those who murdered blacks.”

Such statistical disparities have led many of the most respected American jurists to call for the abolition of the death penalty because of its racially disparate impact, among other factors.

Felony disenfranchisement remains a significant consequence of criminal justice policy in the United States as an estimated 5.85 million persons are ineligible to vote as a result of a current or previous felony conviction.

In the United States, thirty-five of the fifty states impose post-sentence restrictions on individuals’ voting rights. Further, twelve states deny voting rights even to those who have successfully fulfilled their prison, parole, or probation sentences.

While the Democracy Restoration Act, a proposed bill that would restore voting rights in federal elections to those who have been released from prison, would be a way for the government to make inroads even with very restrictive policies in many states, there has been little support in Congress for advancing this legislation.

The scope and severity of disenfranchisement policies in the United States makes it unique in regard to comparable nations. Many industrialized nations impose no restrictions on voting and of those that do they are generally limited only to persons in prison. Several major court decisions have also upheld the right to vote for incarcerated persons.

The Constitutional Court of South Africa and Supreme Courts of Canada and Israel have similarly upheld the right to vote for people with felony convictions, with the Israeli court recognizing the importance of separating “‘contempt for this act’ from ‘respect for [the prisoner’s] right.’”

The 2014 comprehensive report of the National Research Council, The Growth of Incarceration in the United States, finds that:

Given these findings, and the disproportionate effect of lengthy prison terms on people of color, what measures is the government undertaking to try to reduce the use of such sentences?

In 2013 the U.S. Attorney General directed federal prosecutors to avoid charging defendants with charges that would lead to imposition of a mandatory minimum penalty in cases where the individual does not have a significant role in the drug trade or significant criminal history, and other factors.

What has been the impact of this policy to date and has it had an effect on reducing racial disparities in prosecution?

Given the injustices and unfairness produced by mandatory sentencing policies, the government should strive to see such policies either repealed or substantially scaled back in scope. In addition, policies such as the Fair Sentencing Act which have corrected injustices in the system should be applied retroactively to persons convicted of relevant sentences prior to adoption of the legislation.

As a result of the 2012 U.S. Supreme Court ruling in Miller v. Alabama persons under the age of 18 may no longer be sentenced to life without parole without judicial consideration of less punitive options.

As the states come into compliance with this ruling they should establish a minimum term before parole consideration of no longer than 15 years in prison, based on young people’s capacity to change and to take advantage of rehabilitation opportunities in prison.