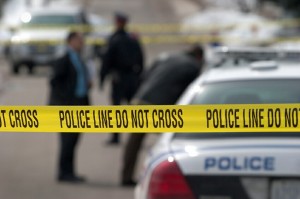 San Francisco Public Defender Jeff Adachi is calling it “a win for defense attorneys and advocates of government transparency.” On Monday, the state appellate court strengthened defendants’ access to police misconduct records, affecting their right to a fair trial.

The ruling streamlines the process for disclosing police misconduct issues to defense attorneys prior to trial. Under a precedent set by a 1963 U.S. Supreme Court case, Brady v. Maryland, prosecutors are obligated to turn over to the defense potentially exculpatory evidence, including information that could affect the credibility of witnesses such as police officers.

The appellate court decision simplifies the Brady process by allowing prosecutors direct access to police personnel files in order to identify possible incidents of misconduct. By removing the firewall separating prosecutors from confidential police records, the ruling reduces the chances of an officer’s problem past remaining hidden on the stand.

“A fair trial requires that before a police officer testifies, any history of dishonest or abusive behavior is turned over to the defense,” Adachi said. “This ruling makes it clear that the buck stops with prosecutors. They are ultimately responsible for providing any information about a police officer that could exonerate an innocent person.”

In its ruling, appellate justices noted that because police are considered part of the prosecution team, the two agencies may share relevant personnel files without betraying the laws governing officer confidentiality. The court’s ruling directs the San Francisco Superior Court to modify its Brady policy to reflect the change.

While the decision simplifies identifying exculpatory evidence, disclosing the information to the defense is still subject to a court order, the appellate justices ruled.

San Francisco police and district attorney “seek to routinely shift responsibility for performing the initial Brady materiality review of officer personnel files from the prosecutor to the trial court,” the court noted. In denying the request, the court explained that prosecutors are more capable of identifying possible Brady issues than trial judges, who are less familiar with cases at the pretrial stage.

“The prosecutor is the only person with access to the entire landscape of evidence that will or could be presented against the defendant at trial,” the appellate justices wrote.

“This decision requires and allows prosecutors to honor their obligation to provide evidence of police misconduct to the defense. What is unclear is how defendants can ever learn of crucial evidence that the prosecution missed or was not revealed because this case provides no system for any court to review police personnel files for exculpatory evidence. It is completely in the prosecution’s hands,” Mr. Gauger said.

The case arose from a San Francisco case in which Daryl Lee Johnson was charged Nov. 14, 2012, with one count of felony domestic violence and one count of misdemeanor injuring a wireless communication device. Each of the two investigating officers in Johnson’s case had incidents of misconduct in their personnel files, the prosecutor said, but noted that the records were under police control. The district attorney and police requested that, to preserve the officers’ privacy, the judge review the files privately. The judge denied the request. Johnson’s case, which had been delayed by the appeal, is expected to resume once exculpatory evidence is turned over, said his attorney, Deputy Public Defender Stephanie Lacambra.

In 2010, the San Francisco District Attorney adopted a formal Brady policy for the first time after it was revealed that dozens of police officers with hidden criminal and misconduct records were testifying in court.

The ruling may be viewed at: http://www.courts.ca.gov/opinions/documents/A140767.PDF