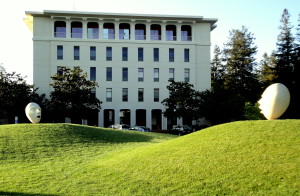 As the newly constituted City Council returns soon from its summer break and begins to craft plans for its upcoming two-year term, here’s one idea that I think belongs on their agenda: Formalizing an improved periodic and public process to encourage full communication and problem-solving in the relationship between the City of Davis and UC Davis.

Such an arrangement has long been needed because the “town-gown” axis is our most important external relationship. The university is by far our largest local employer, the largest local landholder, and the most significant economic engine in our region. Moreover, major and potentially contentious fiscal and land-use issues involving both the city and the campus are looming for which cooperation is critical. There are also “win-win” scenarios if we work together well.

There’s probably no one “right” way to do this, but here is one approach. The city has long had a “two by two” committee devoted to enhancing communication with UC Davis students (potentially useful for addressing such issues as the handling of residential noise complaints and Picnic Day crackdowns on public drinking). What it also needs, in my view, is a regularly scheduled public “two by two” meeting between two designated City Council members and two high-level UC Davis leaders to address the sweeping fiscal and land-use “town-gown” issues that both bind us together and sometimes divide us.

This would hopefully include, on at least some occasions, Chancellor Linda Katehi herself as well as Mayor Dan Wolk. This panel should convene at least twice a year, but more frequently as issues arise. After subcommittee screening, the most critical matters could be elevated to the full City Council for discussion. Perhaps the whole effort could be launched with a community seminar with panel discussions exploring the broad agenda of fiscal, land-use and economic matters affecting town-gown relationships.

The charter of such a committee would allow both sides to put on the table for public discussion matters that it deems a high priority. I suggest the “two by two” adopt a workshop format allowing members of the community (both the UC Davis campus community and city of Davis residents) to attend and participate in free-flowing and interactive discussions of pending issues beyond the strictures of two- or three-minutes of formal testimony.

Each side could use these forums to spotlight what they want and need from the other out of our community partnership. It would provide an ideal venue for each side to allow its partner to provide input on forthcoming major decisions that would affect the other before its decisions are finalized.

However, this should involve more than stage-managed PR presentations. It should foster community engagement that would deal head-on with real differences of opinion and conflicts between the parties so as to build the common ground and shared information base needed for problem-solving. Blunt talk should not be discouraged, but allowed and even encouraged, as a necessary first step to reaching accommodations and solutions – or at least clarifying where the parties stand if agreement is not immediately possible.

To say the least, Davis town-gown relationships have not always been on even keel. I think back to the battle over ill-fated and incendiary plans to bring a high-level biolab to campus. As a member of the West Davis Neighbors steering committee, I also recall well our concern that the campus was trying to steamroll community concerns about the impact of the West Village development on traffic and the loss of prime agricultural research fields. Ultimately, we sued the university to try to force campus consideration of a less-damaging alternative configuration for the project and lost. Campus promises of a memorandum of understanding to mitigate the impact of the new housing project to my knowledge remain unfulfilled.

Despite these missteps, I think it is also fair to say that the relationships have improved in Davis in recent years. (I give credit here in part to former Mayor Joe Krovoza, himself a campus employee, and John Meyer, a prior Davis city manager who recently retired from his position as UC Davis vice chancellor.) The city-campus cooperation in the joint management of their respective fire departments, and campus officials’ regular participation in City Council meetings to discuss these thorny issues, have been a positive development. The campus early invitation to the community to comment on the Nishi-Gateway project (officially the University Downtown Gateway District) has also been helpful.

But in my view there is still room for improvement. Where was the town-gown public discussion in advance of the announcement by Katehi in 2011 of plans to boost campus enrollment by 5,000 undergraduate students (20 percent)? In particular, what if any assessment was done in regard to how this expansion might impact its next-door neighbor, the City of Davis? Well into this expansion, there is still time for a timely discussion of what those impacts are and how we can jointly help each other cope with the traffic and other programmatic impact on the city that come with a major campus expansion.

What could future agendas on such a “2 by 2” look like? Here are a few additional suggested issues that I think need vetting:

— With the fire department management agreement settling into place, what other opportunities exist for joint operations and efficiencies like sharing of facilities (like recreational fields) that could save taxpayer money for both entities?

— The current campus long range development plan expires next year and UC Davis officials have said a new plan is going to be developed. What new proposals are being considered for inclusion in that plan, and how could they affect the City of Davis?

— Part of those long-range plans center on the Nishi-Gateway project. Can the project be designed to divert more student and employee traffic more directly into the campus instead of through the Richards Boulevard undercrossing, rather than aggravating traffic and parking problems downtown during the rush hour? Can the project also be designed in a way that ensures that property-tax paying businesses (rather than university entities exempt from property taxation) dominate the office space built on Nishi land annexed to the city?

— How does the campus view the specific pending innovation/research park proposals that have been submitted, and what input does the campus have to offer to City Hall in regard to how they could be tailored to facilitate the migration of campus research into full-blown business enterprises that could stimulate our economy? And how can the city and university work together to reinvigorate the existing UC Davis business park in South Davis? (Lots of vacancy signs visible around there.)

— While West Village apartments have been built out, the single-family subdivision there has been repeatedly postponed without much of any public explanation from campus officials. What are their intentions at this point, and when will they deliver on their promise on an MOU (as stated in their EIR for the project) to mitigate the traffic and other impacts of the project in the city?

— So why exactly is it that the City of Davis is not being considered for a third World Food Center campus? And, even if the center ends up in West Sacramento or Sacramento, what opportunities exist for our town to tap into the economic spin-off from a new third campus in the region?

As I said earlier, city-university relations are hardly at a crisis point but seem to be improving. The object of creating a mechanism for regular public discussion of town-gown issues is to avoid future confrontations and maximize our opportunities for cooperation. The best time to set up such a mechanism is now, while things are going fairly smoothly, rather than waiting for the next “biolab” or West Village meltdown to erupt.

Dan Carson received his MBA from the UC Davis Graduate School of Management and is currently a member of the city Finance and Budget Commission. His comments represent his personal views and not those of the commission.

Share:
Tags:BudgetCity of DavisDan WolkLinda KatehiUC Davis
Previous : Defense Cries Foul At Prosecution’s Refreshment of Victim’s Recollections
Next : Can Davis K-12 teachers afford to live in Davis and, if not, does it matter?