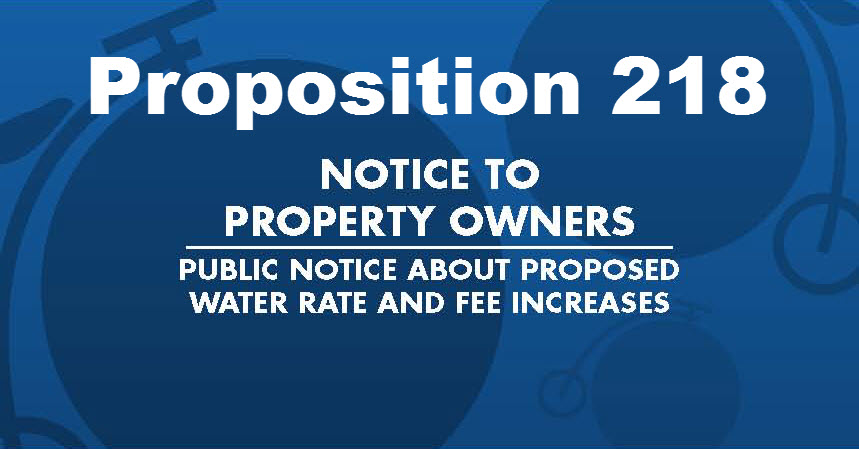 The City of Davis has officially sent out its Prop. 218 Notices to the public following council’s actions on July 15 to implement the Bartle Wells version of the 87-13 water rates.

“The City will use the new water supply instead of groundwater, except during summer periods, when supplies of groundwater are still needed to supplement the new water supply. In addition to funding Davis’ portion of the regional water supply project, the rate increases provide funds for necessary additional capital improvements, operations and maintenance and to fully recover increases in the costs of providing water services.”

The Water Rate Cost of Service Study Update prepared by Bartle-Wells Associates is available at City Hall and available for download at http://water.cityofdavis.org/rates.

If adopted, the proposed rate increases will become effective November 1, 2014, and will increase each January 1, thereafter, starting in 2016, through and including, January 1, 2019.

As we have discussed before, according to the law as passed by California voters in Proposition 218, “Any property owner of record whose property is subject to the proposed new rates for the City’s water service fees may submit a written protest to the proposed rate increases.”

Only one written protest will be counted per identified parcel. The City of Davis does not permit renters or other non-property owners to participate in the Prop. 218 rate process.

According to the city, “Written protests may be submitted by mail or in person to: City Clerk, City of Davis, 23 Russell Blvd. Suite 4, Davis, CA 95616-3896. Any protest submitted via e-mail or other electronic means will not qualify as a written protest.”

“Oral comments at the public hearing will not qualify as formal protests unless accompanied by a written protest. Upon the conclusion of the public hearing, the City Council will consider the adoption of the proposed increases to the rates for water service fees as described below. If written protests against the proposed rates are not presented by a majority of the property owners of the identified parcels subject to the proposed rate increases, the City Council will be authorized to adopt the rate increases.”

At the city council’s July 15 meeting, the council quickly acted to pass the staff recommendation to “Accept the Water Rate Cost of Service Study prepared by Bartle Wells Associates (BWA) dated July 2014, subject to minor modifications,” “Approve the water rates for a five year time frame that can be included in a notice to customers for raising water rates in accordance with Proposition 218,” “Authorize the Notice to Property Owners of Public Hearing on Drinking Water Rates scheduled for September 16, 2014.”

The following is the full Prop 218 notice:

Share:
Tags:87-13Bartle WellsCity of DavisProp 218surface water project
Previous : Five DJUSD Board Candidates File Financials; Sunder Leads the Way with $18,000 Raised
Next : Eye on the Courts: No Winners in Fourth and Hope Case