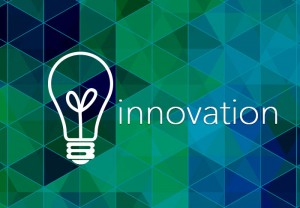 Why focus on only one element of economic development if we’re at such a critical community crossroads? That is the question that has been posed over and over again, mostly by a single individual.

The simple answer is that the Vanguard has not focused on a single question, rather an entire package. Of the ten objectives created, not by the city but by the Chamber, Davis Downtown, and Yolo Visitor’s Bureau, the Vanguard has had extensive coverage of Nishi, the Downtown Gateway, the Innovation Parks, Downtown Parking, and the Hotel Conference Center.

At the same time, the Vanguard believes, if done properly, the innovation parks are the centerpiece.

First, while the Hotel Conference Center could produce sizable revenue, it is unclear as to how much revenue the rest of the objectives will generate.

The focus on densification sounds good – and as we pursue new projects, we should look toward proper densification so that we do not repeat past mistakes such as Interland, where the business is primarily a series of single story buildings spread out in a most land-inefficient manner.

However, densifying just to densify, as one source told me this week, does not necessarily pencil out. For instance, in the downtown, rents are good but not sufficient to cover the costs of new construction, particularly on small lots.

If the city requires parking or parking mitigation, the revenues generated will not cancel out on the costs.

The city was able to carve into cafeteria cash outs, get employee agreement with five bargaining units for a second tier of pensions for new employees, get non-safety workers to take up a greater share of their pensions, shore up the retiree health care system by reducing the potential costs from 24% of payroll down to 16%, among other critical structural reforms.

At the same time, while they did offer a modest 2% below inflation rate increase in salary, for the last five years the city has managed to largely flat line salaries, allowing the impact of those salaries to decline over time.

Despite this, the city continues to fall into the red. Some of that shortfall was due to the delay in implementing DCEA and fire. But that is one-time money. There will be increased costs for pensions and medical insurance. Those are far larger hits. Down the line, we have the impact of increased water rates.

The biggest cost, however, is still off-budget and that is infrastructure. For a decade the city largely balanced the budget by putting critical infrastructure needs – roads, sidewalks, greenbelts, parks, bike paths, sewer and water infrastructure, and city buildings – off budget.

The city needs to build the consensus for the community to support these critical infrastructure needs through a parcel tax. We have had a long debate over roads versus pools, but that situation may be about to blow up in the next few weeks as repair needs for pools force the issue.

The bottom line is that, while much of the economic development program is incremental, the city needs a large ticket item to drive up revenue. We agree with fixing the city’s parking situation, but that is revenue generated on the margins.

We think the Hotel Conference Center could produce transit occupancy taxes which would be vital toward helping the city’s revenues. While Nishi has an innovation center component, it is unclear how much revenue that would end up generating.

As we have argued, the city stands at a crossroads – the critical crossroads is which path does it take. Do we continue to cut staff and service and diminish the great services and amenities of this community? Do we continue to fund ourselves through incremental tax increases? Or can we develop economically?

The big picture is that to generate the revenue we need, we need space for university start ups, including the tech transfer we are also talking about where university research is converted into commercial enterprise. That takes small spots of space, some of which we have, much of which we can free up or create through the innovation parks.

It takes places for businesses that are growing – the biggest example is Schilling Robotics, but there are many – to have a place to grow while staying in Davis. And it takes places for businesses to move to Davis to take advantage of the unique research environment and readily available stream of employees situated a stone’s throw from the capital of the world’s 7th largest economy.

So why focus on innovation parks? The real question, given these needs, is why wouldn’t we?

First of all, the city of Davis has Measure R. Measure R requires a citizen vote of approval for any new development. In order for that to happen, we have a need for citizen discussions. I happen to believe that the community is willing to support the right project, but more and more I realize how few of the residents have really thought much about an innovation park.

Other than Nishi, none of the other objectives require specific citizen support. That makes the discussion around the innovation parks strikingly different.

But that is just projected property tax and sales tax revenue.

Nothing else on the list even remotely compares with this sort of revenue.

Finally, there were really three key moments for me in the evolution of thinking. First was the discussion around Mace 391. Second was the realization of the city’s dire straits fiscally. But third was my recent visit to PayPal Headquarters.

If we build these things right, these could be cool, innovative, community centerpieces that blend seamlessly from what we already have on the UC Davis campus.

So the answer to the question as to why focus on this one? First, we are not exclusively focusing on this one, but if we were, this is the one to focus on.

71 thoughts on “Commentary: Why Focus on Innovation Parks?”