A motion for continuance set forth by the defense was granted this morning in the Winters homicide trial involving William C. Gardner, III.

Accused of the November 2013 murder of his girlfriend, Leslie Pinkston, William C. Gardner, III, faces murder and enhancement charges. Gardner allegedly shot and killed Pinkston as she waited in her SUV in Winters, California, then he fled to Las Vegas. After this flight initiated a massive manhunt, Gardner called CBS 13 in Sacramento and revealed his location.

On Friday, Defense Attorney J. Toney explained to Judge Stephen Mock of the Yolo County Superior Court that he had only recently been given full and undisturbed access to his client. According to Toney, his client had been within hearing range of others until two weeks ago. With officers positioned outside his room, Gardner had not been able to fully communicate to his attorney with full confidence of privacy.

In addition to privacy issues, defense attorney Toney indicated that the defense is in need of an expert witness that would be hard to come by before the scheduled Monday trial.

In response, District Attorney Jeff Reisig “asks for more of a foundation” in response to the reasons for the motion of continuance.

When asked to elaborate, Mr. Toney explained that he and Gardner need to discuss the additional facts of the case and that he would be “happy to go to the chambers with the court reporter to answer questions.”

According to Reisig, Gardner has been in custody since March of 2014 and the defense should have had enough time to responsibly clear “their housing inhibition.”

In addition to his argument, Mr. Toney presented a one page affidavit to Judge Mock outlining additional and private information. Although he found that the issues presented by Mr. Toney failed to “rise to the level of good cause,” Judge Mock believed he discovered reasons within the affidavit that call for a continuance of the trial.

After addressing the defense’s motion, Judge Mock granted the prosecution’s motion to consolidate the murder trial with additional stalking charges. In addition to the murder charges, Gardner is also charged with previous stalking charges involving his girlfriend. 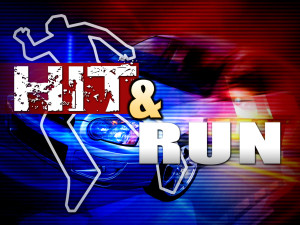 Judge Rosenberg of the Yolo County Superior Court denied the prosecution’s bid for a continuance in the I-5 hit and run case involving Camron Ervin.

Camron Ervin is accused of killing Claudia Reyes, a Woodland teen also known as Claudia Marie Gonzalez, on July 5, 2013, after he allegedly crashed into her with his 1998 Buick Park Avenue and continued driving away on Northbound I-5. Claudia Reyes was apparently being driven home on I-5 from a party in the early morning hours when, for reasons unknown, she exited her stopped vehicle and was struck by Ervin.

On Friday, Deputy District Attorney Larry Eichele moved for a continuance of the pre-set Monday trial. Eichele claimed that two key witnesses were “missing,” and that he needs time to locate them for the trial. Deputy Public Defender Teal Dixon raised no objections to the prosecution’s request.

Judge Rosenberg denied any delay for Monday’s trial, urging that “missing” witnesses were not cause for delay. Camron Ervin is set to stand trial on Monday morning at 8:30AM.

Update 8/4/14: Camron Ervin has pled no contest to the charges of hit and run causing death and driving on a suspended license. There will be a sentencing hearing on 9/24/14 at 10:00AM in Department 4. The Court has indicated it will reduce the felony to a misdemeanor in 18 months.