A crowd of angry protesters took to the streets of Woodland after Woodland police early on Monday morning shot and killed a man that they said was carrying a knife.

According to a release from the Woodland Police Department on Monday morning at 5:51, Woodland police officers were dispatched to the 400 block of Elliot Street for a disturbance. It was reported to dispatch that a man was yelling or screaming in an apartment complex.

When officers arrived in the area they contacted a 53-year-old male Woodland resident at the College Manor Apartment complex. The suspect displayed a knife and threatened the arriving officers. Officers attempted to negotiate with the suspect, asking him to drop the knife.

The suspect then charged at one of the officers and that officer, fearing for his life, shot the suspect. The suspect was immediately transported by ambulance but was pronounced dead prior to arrival at the hospital.

The suspect’s name is not being released at this time so the Yolo County Coroner’s Office can make notifications to next of kin. No officers were injured in this incident.

The Davis Police Department is conducting the investigation of this officer-involved shooting.

Protesters were angered by the third police shooting in less than a year in Woodland. It was only on May 31, 2014, when Brandon Jimenez was shot and killed by Woodland police

The protestors saw the incident differently – they believed that the confrontation, which they say lasted only 15 seconds, could have been avoided and that the police had other options.

They believed the man was a greater threat to himself than anyone else.

FOX40 news reported that they “obtained new cell phone video, which showed the man running toward officers.” Within seconds, there were three gunshots fired at him. It could not be confirmed if the man was wielding a knife because the video was shot from too far away.

Police operate on a 21-foot rule which indicates that officers are trained not to allow a suspect within 21 feet of them. However, we heard expert testimony during the Gutierrez federal civil rights trial that at least called into question that training.

One of the protestors, Angela Apodaca, would write, “We are asking that police officers be trained to better deal with mentally ill people in a state of crisis. If they are responding to a 911 call regarding a suicidal person… or a person having a mental breakdown, why can they not have officers trained in intervention? DEADLY force is being used too often. Shooting to kill rather than to disarm, ESPECIALLY when it comes to the mentally ill, is unacceptable.”

The Yolo County Board of Supervisors recently approved a pilot program to become the first in the state to take advantage of SB 82, the Mental Health Wellness Act of 2013, and fund services that would lead to clinical staff accompanying law enforcement responding to mental health crises in Yolo County.

According to the county staff report, “These newly funded services are expected to lead to improved life outcomes for the persons served and improved system outcomes for mental health and its community partners. The Yolo County Department of Alcohol, Drug & Mental Health (ADMH) was successful in its response to this grant opportunity with a proposal to fund crisis personnel, including clinicians and peer counselors providing services in the community.” 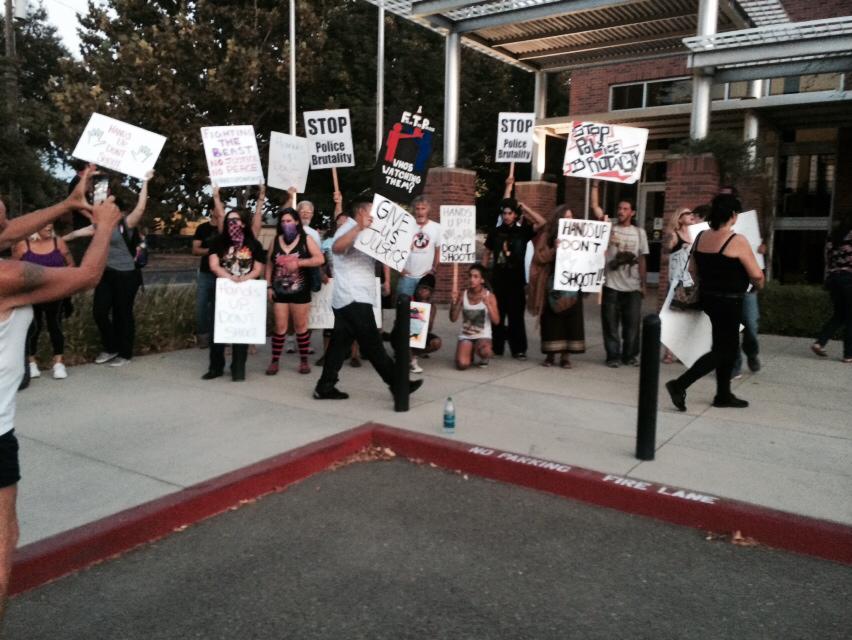 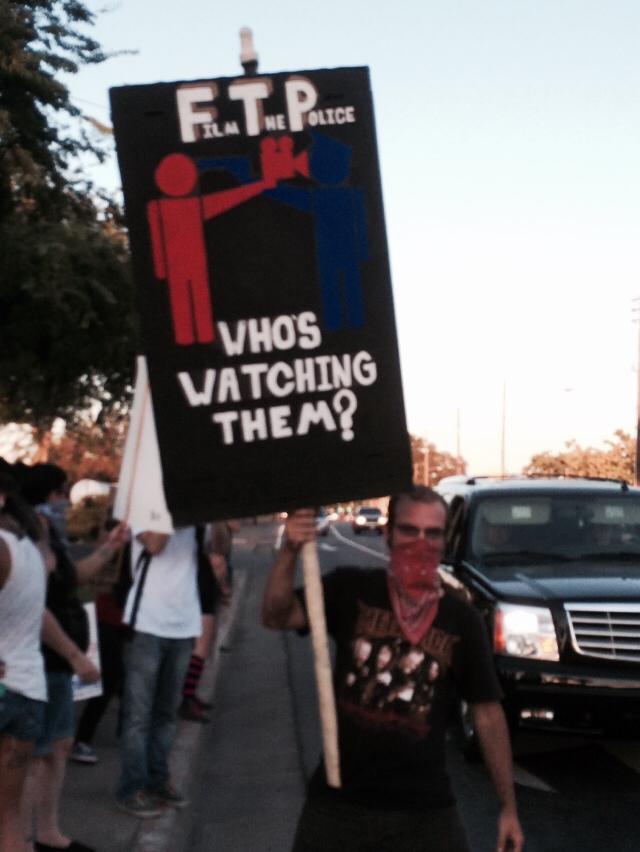 79 thoughts on “Ferguson Comes to Woodland After Fatal Police Shooting”