There are currently five candidates who have filed for the DJUSD school board race, and the Vanguard has received the filings from each. Thus far, Barbara Archer, Bob Poppenga, Madhavi Sunder and Chuck Rairdan have filed for the three open four-year seats, while appointed incumbent Alan Fernandes is the lone candidate for the two-year seat that he was appointed to in May to replace Nancy Peterson who resigned in March.

Mike Nolan, who ran in 2010, has yet to file to be a candidate, however, he told the Vanguard at the event on Thursday night that he will be running.

At this stage, the candidates are in various stages of their campaign finance activities.

Madhavi Sunder, a professor of law at UC Davis for 15 years and a long time volunteer in the Davis schools, announced early last week that she had already raised over $16,000 in contributions – more than some councilmembers. Her filing lists $18,018.82 in total, with $17,087.82 in monetary contributions.

In her statement to the Vanguard she said, “My very first endorsement and contribution came from the Honorable Cruz Reynoso, former Justice of the California Supreme Court and winner of the Presidential Medal for Freedom. Carolyn de la Peña, UC Davis Interim Vice Provost for Undergraduate Education, observes, “Madhavi raises the level of thinking every time she joins a discussion. She is a dynamic leader. This, combined with her passion for public education and its teachers and her on-the-ground-experience working for change in our district, makes her my choice for Davis School Board.”

She lists monetary contributions from 81 individuals in excess of $100. The filings are uploaded below for all candidates. Among those contributions are: $1000 from North Raleigh Gastroenterology, $500 from herself, Chander Harish, Sanjay Sunder, Cori Meltzer, Mark Lemley, Jyothika Panchagnula, and Sinantha Songseng, along with numerous others.

Ms. Archer has raised $5220 for the period ending on June 30, 2014. Ms. Archer received $1000 from Lindsay Weston, a local attorney, $500 from realtor Claire Black Slotton and retired professors Irwin and Leigh Segel, $300 from Pam Pacelli and Helen Hadani, $250 from Judith Schreider and Kathy Archer, $200 from Melissa and Tobin White, among others.

Bob Poppenga is a professor of veterinary toxicology at UC Davis; he joined the UCD faculty in 2004. His career as a university educator, which began in 1987, includes six years at Michigan State University and 10 years at the University of Pennsylvania. He has held leadership positions in a number of professional organizations, including the American Veterinary Medical Association.

Mr. Poppenga has raised $2950, including $1750 from himself, $500 from fellow Veterinary Medicine Professor Amy Kapatkin, another $300 from Fred and Selma Kapatkin, and $100 from Chien He, Bruce Wolk and Eric Hays.

Chuck Rairdan does not report any monetary contributions at this point. Mr. Rairdan filed papers on July 25, and he is an administrator with the U.S. Army Corps of Engineers at its regional headquarters in San Francisco. Rairdan began his career with the Corps in 1996, and previously worked in the Los Angeles and Sacramento district offices.

He and his wife Xin, who is a lab supervisor at Genentech, moved to Davis in 1999 and have two daughters in local schools, one entering the eighth grade and the other entering the sixth grade this fall.

School Board Trustee Alan Fernandes lists total contributions this period as $200 with $100 contributions from David Sommers, who is the Director of Public Affairs in Los Angeles County where Mr. Fernandes works, and Heidy Kellison.

Mr. Fernandes has $1514 cash on hand as holdover from his 2012 campaign. He noted to the Vanguard that he has not begun fundraising. His first event is scheduled for August 24, but at this point he is also not challenged for the two-year seat.

On Friday,  Mr. Fernandes announced his decision to run for the remaining two years of the seat he was appointed to earlier this year.

“I am running for the trustee position to continue the work of rebuilding the district for a sustainable future that I have undertaken over the past few months,” said Mr. Fernandes. “Our district is at a cross roads with the implementation of the Common Core, the enactment of the Local Control Funding Formula and the recent adoption of the strategic plan.”

He added, “I believe it is important for there to be representation on the school board from someone who was a part of the important work of the strategic planning committee. This will ensure that the recently approved mission statement and five-year strategic plan is implemented as intended by the broad cross section of our school community that created it.”

On Monday, May 5, 2014, the Davis School Board unanimously voted to appoint Mr. Fernandes to fill the vacant trustee position. According to state law and board policy, the appointed person must stand for election at the next regularly scheduled election to complete the remainder of the term. 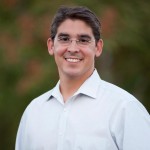 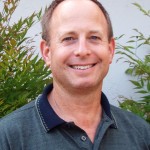 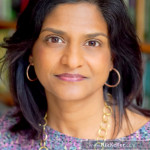 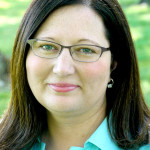 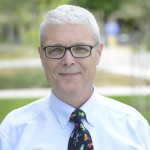