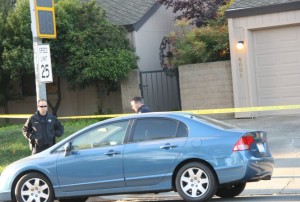 The courtroom was packed Monday morning, leaving virtually nothing but standing room for many who wait to see if they will be picked for the jury in the case against young Daniel Marsh.

Daniel Marsh is accused of taking the lives of an elderly couple back in April of last year. Marsh is being charged with three enhancements along with the double homicide of Oliver Northup and his wife.

Over the course of this past year, the defense for young Marsh would change his plea from not guilty to not guilty by reason of insanity. It took time to evaluate Marsh and give the report to prosecution before moving forward with the trial.

The lead Deputy Public Defender of the case, Ron Johnson, would contend that he felt media attention to the trial may influence jurors and had asked several times to disallow the press inside the courtroom, but his attempts proved to be futile, beginning early on with Judge Timothy Fall.

In one hearing, it was alleged that the prosecution had given Johnson some discovery late in the game which the defense needed adequate time to review, thus delaying the case until today.

After a questionnaire is completed by potential jurors, it is estimated the jury should be selected by Wednesday.

Opening arguments will be heard the following Tuesday and the trial is expected to run about twenty days.[divider]

Defense fights against life sentences for co-defendants in gang case

In what would turn out to be more than one lengthy preliminary hearing in the state’s case against yet one more co-defendant gang case, the defense would fight to have a life sentence thrown out.

After the three Hispanic males, allegedly from the Norteños Street Gang, had rammed into the vehicle of two known Sureños, the three men yelled – one brandishing a knife – for the people to go back into their apartments.

Detective Herrera, a gang expert, testified to interviewing the defendants who admitted to being active gang members on the night of the incident. But he did state that the three were intoxicated at the time.

Det. Herrera testified to taking the statements of the victims in the case on the night their car was struck. One of the defendants, after hitting the victim’s car, had a knife in his hand as he approached the vehicle of the victims.

Herrera testified to a witness saying he saw the cars hit and heard a confrontation going on between the people driving the two vehicles and told police he heard people yelling gang slurs.

But Herrera did admit under cross that he did not know what the confrontation was about or who started it. Herrera also testified that the two supposed Sureños, who are also known as the victims, were Spanish speaking so one of the witnesses stood in as interpreter.

One of the witnesses stated that as she went back inside she said, “I am going to call the police,” and the three men ran up to her front door and began kicking it, saying, “We are coming back with more people.” It was enough for the prosecution to say the three had instilled fear in the witnesses. Deputy DA Michelle Serafin would assert that the statements made by the three were enough to hold them to a Penal Code section 136.1 charge of dissuading a witness.

But in argument, Mr. Beede fought back, stating, “The statement was as if to say, we are coming back to fight, not to keep any of them from talking and the law says it has to be more specific.”

Both James Granucci and Parkhurst, attorneys for the other two co-defendants, agreed with Beede and expressed to Judge Richardson that the four counts against the three defendants in regard to the 136.1 did not deem them worthy of a life sentence charge.

Beede asserted, “I am very focused on the counts involving the 136, this may be a gang-related attack but this is not worthy of a life sentence, this was not dissuading a witness with a threat to kill or harm if they told police or testified and with a 136, your honor, it must show specific intent and this does not, there is enough to convict them on.”

Judge Richardson stated there was sufficient evidence to infer the three meant harm and held them to answer on all counts, with the exception of defendant Joel Moreno who had been seen trying to play peacemaker by witnesses during the confrontation with another incident involving a man and his grandson on the same night.

Richardson expressed that he felt Moreno tried to break up the fight and did not hold him to answer to three of the 11 counts.