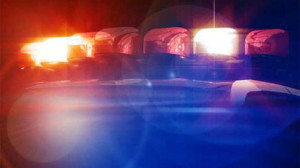 On the afternoon of August 7, 2014, with Judge David Rosenberg presiding, the preliminary hearing for Jesse Trillo took place. Deputy District Attorney Ryan Couzens and Deputy Public Defender Daniel Hutchinson were the counsel present in this matter.

Defendant Jesse Trillo is being charged with a felony violation of Vehicle Code section 2800.2, evading a peace officer and reckless driving.

Officer Evan Black walked into Department 4 as the People’s first witness. He testified that at approximately 2:10 pm he activated his emergency lights after noting a vehicle without front and rear license plates. He then stated he contacted dispatch to run the license plate of the vehicle, but DDA Couzens quickly interrupted him.

Officer Black further declared that he activated his emergency lights on the defendant’s vehicle, but the defendant “continued east on Main Street until the intersection of Pioneer Avenue.” At this point, without signaling, the vehicle moved through three lanes and “made one fluid movement.” Following this maneuver, the defendant continued east against a red light.

“Can you describe the speed Mr. Trillo was traveling,” DDA Couzens asked.

“The speedometer was at about 50 mph.”

Officer Black declared that the defendant then got onto Southbound I-5. On the highway, Officer Black continued to follow Mr. Trillo.

DDA Couzens asked Officer Black if he had witnessed the defendant make any “erratic” movement on the highway.

“Only speed, nothing I would classify as erratic… We continued to provide information to dispatch.”

DDA Couzens asked Officer Black to clarify whom he referred to when he stated “we.”

“We continued to Sacramento International Airport.”

“I would classify them as unsafe, yes.”

“Did you notice movements from other vehicles?”

“Vehicles yielded as expected…as when you have your lights on.”

Judge Rosenberg interjected to ask Officer Black if the defendant signaled when he changed lanes.

“Your honor, do you have other questions?” DDA Couzens asked Judge Rosenberg.

“No, it’s just something I wanted to know.”

DDA Couzens continued examining his witness. He asked Officer Black what happened at that point—at the Sacramento International Airport. Officer Black disclosed that the CHP continued the pursuit.

He asked Officer Black if his car was equipped with a camera.

“No…the newer vehicles at the time were not equipped with a camera.”

“Was Officer Amoruso’s car equipped with a camera?”

When asked if he had seen a temporary operating permit on the defendant’s back or front window, Officer Black said he did not remember seeing one.

Mr. Hutchinson asked Officer Black if he had stopped at the red light Mr. Trillo had run through.

Mr. Hutchinson then followed with another question, but Judge Rosenberg informed him that his question would provide no useful information to the court.

Before transitioning to his next question, Mr. Hutchinson told Judge Rosenberg, “Mr. Couzens asked many questions that weren’t useful to the court.”

“So Officer Amoruso was behind you this entire time?” Mr. Hutchinson continued.

“No, only partially,” Officer Black responded.

Mr. Hutchinson asked Officer Black if he had heard a CHP officer say that, based on his observations, Mr. Trillo had committed a misdemeanor.

“I have nothing further,” Mr. Hutchinson concluded.

Then Mr. Hutchinson decided he had a few more question for Officer Black.

He asked Officer Black if he had read Mr. Trillo his Miranda rights when he communicated with him at the jail.

Mr. Hutchinson asked Officer Black to recall what Mr. Trillo had said in response to him after learning he was being charged with a felony.

After shortly looking at his report, Officer Black stated that the defendant said to him, “How was I endangering other people?”

Next, Officer Turner, a Sacramento CHP officer, walked forward to testify. And Mr. Hutchinson prepared to question him.

“What time did you join the pursuit?”

Officer Turner testified he had joined the pursuit on Southbound I-5.

“Was there another vehicle behind you?”

Mr. Hutchinson asked Officer Turner if their cars were equipped with cameras.

Officer Turner added that officer’s cars were typically equipped with cameras, but he was not sure about sergeants’ cars.

As Mr. Hutchinson continued examining, Officer Turner said the defendant “made a few lane changes… probably no more than three. I’m not sure… He went around one spike strip.”

Mr. Hutchinson asked Officer Turner if he had seen the temporary operating permit on the defendant’s car.

“What I did see was a white piece of paper…typically we’re used to seeing numbers… I didn’t do inventory of the vehicle.”

“Did you speak to Officer Black?”

“Were you present when Officer Coon spoke to Officer Black?”

“Were you present when Officer Coon said Mr. Trillo made a misdemeanor violation?”

Mr. Hutchinson asked Officer Turner if he knew the difference between a misdemeanor and felony violation in evading a peace officer.

“You know you should save this for motions or argument,” Judge Rosenberg told Mr. Hutchinson.

Mr. Hutchinson then announced he had nothing further and DDA Couzens began his cross-examination.

DDA Couzens asked if the highway had been closed when the officers deployed the spike strips.

“Was there an abrupt lane change when he went around the spike strip?”

After Officer Turner explained that there was an abrupt lane change, DDA Couzens said, “The officer made a hand movement like an abrupt movement.” Judge Rosenberg replied, “Of course you’re going to abruptly around spikes.”

“I will reserve your honor,” DDA Couzens stated.

Mr. Hutchinson argued that this incident did not amount to a felony violation. He said there was speeding on Main, a red light violation, and “not very high speeding” on I-5.

“This is not a disregard for the safety of others… obviously he has an extensive criminal history and a strike…if he gets a felony, he will go to prison for a very very long time… for some reason he did not stop…. Bad conduct? Yes. But, I ask the court to lower to a misdemeanor.”

On behalf of his client, Mr. Hutchinson petitioned for a 17B motion: a reduction of a felony to a misdemeanor, pursuant to Penal Code section 17(b).

However, Judge Rosenberg maintained that going more than 30 or 40 mph on city streets with lights and sirens flashing had a lot of potential danger to the public.

Mr. Hutchinson responded, “The question is whether a it’s a misdemeanor or a felony…. this is something that will send him back to prison for twelve years or more.”

DDA Couzens argued that Mr. Trillo’s record included a “245” strike (pursuant to Penal Code section 245, assault with a deadly weapon—other than with a firearm).

“He has an extensive record… He didn’t stop voluntarily. He stopped because of the spikes deployed… a 17B would not be appropriate… 2800.2 evading police officer with reckless driving as a felony would be.”

Judge Rosenberg then concluded, “Mr. Trillo can’t escape his past… the felony…six prison priors…I find no basis to lower to a misdemeanor…17B motion denied.”

3 thoughts on “Motion to Reduce to a Misdemeanor Denied”