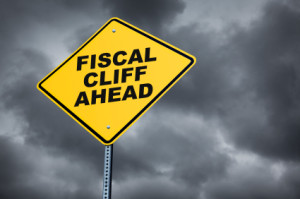 There is much dialogue on the Vanguard these days about when the local fiscal issues started, what decisions were made that got us here and who is responsible. And while these are interesting academic questions (and may help policymakers and the community avoid similar crises in the future), it avoids the question that is most pressing: What to do about it now?

Many cities have begun to see revenues return to pre-recession amounts. Most every city in the US had to survive a period where infrastructure maintenance, employee compensation and services to the community were cut. Forget planning for the future, it was survival mode. When I was in Livermore, we had significant layoffs, cut spending dramatically and halted investment in any physical asset that wasn’t mission critical. Livermore returned to pre-recession revenues in 2012. And Sacramento, Roseville and Folsom are reporting similar cases.

But as we start to see some return of economic vitality to many communities, Davis continues to suffer a structural budget deficit. With returning revenues, many cities are beginning to restore community services and invest in infrastructure. While some cities are starting to hire again, we are still talking about having too many employees. And while some cities are beginning to provide pay increases to their public employees, we are talking about the need to continue to cut wages and benefits.

Though a nice distraction, most of the dialogue on Davis’ public employee compensation is not based on data, but primarily on how we as a community feel. And though it is a valid feeling, it doesn’t fix the problem.

As the data would tell us, the primary problem isn’t that the majority of Davis’ public employees are better compensated than everyone else in the region (they aren’t – you can verify this for yourself by looking at the publically available compensation packages for similar jobs at similar sized cities in the region). It’s that our structural deficit continues to cause us to make choices between parks, pools, streets, services and employees’ compensation. And this is a result of purchasing too many amenities during the good times and now being required to pay the bill.

I think it was best framed by one reader (“Bill”) in a post yesterday: “There are, generally stated, two mindsets with which one engages the world. A scarcity mindset and an abundance mindset. Those who live from a scarcity mindset tend to try to save their way to prosperity, while those who live from an abundance mindset see opportunity and hope in what is to come. There’s a whole psychology behind it, research away.”

So let me take an opportunity to framework some of the major drivers in the fiscal discussion of what is causing us to be in a structural imbalance.

I am sure there are other large items that you can think of that could be brought to the conversation, but let me instead now focus on how we might go from scarcity to abundance.

In today’s world of local government finance, there are really only three ways to balance a budget: 1) cut local expenditures for services and infrastructure; 2) raise local revenue through self-taxation; or 3) create and diversify revenue streams.

Cutting expenditures doesn’t take a lot of explanation. It’s really no different than your household budget. You prioritize the needs against the wants and balance that with your income. You are likely to feed the family prior to getting a new car. And you are likely not to pay for internet service if you can’t put three meals in front of your kids. But how many of us put away money for painting the exterior of the house? Or tires for our car? And so it goes with city finances… the immediate needs of feeding and clothing the family take precedence over long term maintenance. The issues with this way of budgeting becomes apparent when there is a recession or revenues are dramatically reduced.

And taxation doesn’t really require much explanation either. But I would like to add a nuance to the discussion. What the dialogue on the Vanguard hasn’t done is delve deep in to this area by creating a table of true taxation be (sales tax, parcel tax, utility taxes, et al) if the community decided to forego any more growth and remain the size it is… or as one reader puts it, “it’s just my point of view that I like Davis the size it is, and I don’t want to see it much larger or urban development gobble up our open land around the city.” This is a very valid statement, but just as anyone advocating for economic growth to increase revenue is required to make their case, shouldn’t it be equally important that those with sentiments like the one above make a fiscal case as to how that a steady state can be achieved without economic development? In other words, provide a real world budget that meets the competing needs of the citizenry for services (pools, parks, bikeways, recreation, et al), provides for an adequate-sized and qualified city administration, and has ample amount to repair and replace infrastructure.

As a valid starting point, take in to account all of the current parcel taxes, the increased sales tax and the continuing budget gap. Then add in required funding for repair and replacement for roadways, public facilities and other public infrastructure. Then take in to account just the previously promised obligation of employee compensation (and just for sake of argument, assume you could stop all costs going forward by outsourcing all city staff). As someone who works with the budget regularly, I can tell you that this task is onerous and not very uplifting. By asking those that advocate for a Davis that is of the size it is today with similar services and amenities to provide fiscal solutions based on cutting and taxing can only deepen the conversation and make apparent the difficult situation in which the community finds itself.

Create and or diversify the revenue streams is also pretty self-explanatory. Except Davis adds the constraints that include an aversion for large retail centers, slow-growth desirability and a difficult planning and project execution environment. Though not something we should necessarily change, it is reasonable to recognize that the conditions that are self-imposed do make economic development difficult at best.

In summary, I am not an advocate for any one solution. And the local policymakers have asked staff to work with all of these aspects to try and reach a sustainable pathway for our fiscal future. I just thought it was important to point out that there are a variety of reasons why we find ourselves in the situation we are in… some happened to us, some we have created, and some are due to the conditions that all cities found themselves in over the last 15 years.

And because this is a complex system with many issues, it will not be corrected by any one fix or magic bullet. It most certainly requires creative thinking, fact-based analysis, a derision for hyperbole and scare tactics, and a lot of collaboration and patience.

Davis is up to this challenge. We ARE innovative. This community was a founding organizer in the discussion around sustainability, even when that concept was chided by the establishment and detractors would try to make it sound like something only salesmen and “Hollywood-types’ would buy into. But now Davis knows that it did the right thing 30, 40 and even 50+ years ago in supporting sustainability concepts and principles.

And like the sustainability movement, Davis is again at the forefront of the global innovation economy and can provide leadership. It doesn’t mean that we approve an innovation (or research) park… it means that we claim the future of what we have built due to the decades of support for the university and its research. If the community doesn’t want a research park, that is its choice. There are consequences to every decision, good and bad. But the dialogue of what an innovation park might do for the local economy should be equally compared with the outcomes from cutting of services and increased taxes. And those advocating for those methods should equally present their case to the community… because just saying we can hold our breath and get through this doesn’t seem to fit the fact pattern of what we see all around us.

Thanks for considering my thoughts. Your reactions and questions are always welcome. My email is rwhite@cityofdavis.org if you choose to email me directly.

46 thoughts on “The Drivers of a Fiscal Crisis”