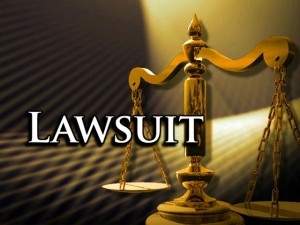 The Vanguard learned that the city and plaintiffs for the water suit – John Munn and YRAPUS (Yolo Ratepayers for Affordable Public Utility Services) had collectively requested that the court establish a confidential settlement communication process and refer the matter to a confidential mediation with a neutral mediator.

Last month the Davis City Council approved an 87-13 water rate process and a Prop 218 protest ballot was mailed on Thursday. Earlier this year, Yolo County Superior Court Judge Dan Maguire had ruled that the water rates that were previously in effect met constitutional standards of fairness and proportionality under Prop 218.

However, that was only part of case against the city. In July of 2013, the city had moved to bifurcate the water rate portion of the lawsuit, allowing for the financing of bonds.

Michael Harrington, the attorney representing YRAPUS, and John Munn issued a statement: “Members of YRAPUS look forward to fully exploring settlement options in the context of a formal confidential mediation process.  We appreciate the leadership exhibited by Mayor Dan Wolk, his colleagues, and City Attorney Harriet Steiner in securing the City Council’s appointment of a settlement subcommittee and establishing this early mediation process.”

He added, “The Members of YRAPUS are pleased that their efforts have saved over $135 million in ratepayer costs, and hope to continue serving the public’s interests.”

In the stipulation order issued on July 31, 2014, it states that the parties stipulate as follows:

First, “Given the rapid approach of the November 2014 bench trial on the remaining causes of action in this action, the Parties, together with their respective attorneys and representatives, believe that a confidential settlement communication process and confidential mediation before a neutral mediator pursuant to Evidence Code sections 1115-1128 would have the best chance of promoting free communication among the parties and facilitate resolution of their disputes.”

Second, “The Parties agree and stipulate that all communications, negotiations, or settlement discussions by and between participants in the course of a mediation shall remain confidential…” The communications would be subject to review only by the parties themselves, and would not be released to, shared, or viewed by any third party.

Mediation would take place as soon as possible and is currently scheduled for August 21, 2014.

The statement is signed by Michael Harrington, the plaintiffs’ attorney, and Harriet Steiner for the city. Judge Maguire has stamped the proposed order.

In July of 2013, Harriet Steiner, the city attorney, argued in a brief that “bifurcation of this action will result in a more efficient resolution of this litigation, preserve judicial resources, and minimize undue prejudice to the City.”

The plaintiffs at that time opposed the bifurcation, arguing that the “city is requesting that the damages portion of this action be tried first, before the liability portion is resolved.”

In his response, Mr. Harrington argued, “The requested relief, if granted, would do nothing to further judicial efficiency. Moreover, such relief would severely prejudice the rights of Plaintiffs by depriving them of the right to make a complete presentation with cross examination of witnesses.”

He adds, “The City is attempting to have the issues decided on an incomplete administrative record based on documents of the City’s selection.”

In late January of 2013, the group, represented locally by attorney Michael Harrington, filed a suit that claims, “The Current Water Rates violate Proposition 218 and are unconstitutional and illegal in that, inter alia, they impose a fee or charge incidental to property ownership which exceeds the proportional cost of the services attributable to the parcel. The City knows this, and staff and/or paid city water consultants acknowledged such constitutional deficiencies at various meetings of the City Water Advisory Committee.”

The suit continues, “Plaintiff contends that Current Water Rates are in violation of Proposition 218 and therefore unconstitutional and illegal. The City disputes this contention.”

The remainder of the causes of action have yet to be determined.

In his final ruling in March, Judge Maguire wrote, “Having considered all of the evidence and legal arguments provided by the parties, the Court finds that the water and sewer rates adopted by the City of Davis meet the proportionality standards of the California Constitution, and therefore the plaintiffs’ claims are denied.”

However, that was not the end of that issue. A group of citizens would then put the water rates to a vote of the people and in June, 2014, Measure P narrowly passed.

In early July, the city passed new water rates. Upon their passage, Mayor Pro Tem Dan Wolk stated, “I think I have been motivated on two things. One is finding a fair and viable rate structure and the second is honestly trying to find a global solution to this water issue. I feel that an adoption of a rate structure 60-40 does not address really either of those. It doesn’t appease a large group of our community and I think there is a real fairness issue about that 40-60 rate.”

While the plaintiffs have never formally made a statement about the current rates, Don Price, who was among the plaintiffs, noted during public comment that the fear of legal action was a red herring.

He explained, “The only reason that the council has been plagued with legal action this past year is that people didn’t like the experimental rates that the city council voted for before. I can’t imagine anyone bringing any kind of legal action or challenge to an 87-13 rate.”

Settling YRAPUS’s suit, however, is the first step toward bringing the entire water rate process to a close.

49 thoughts on “Will City Agree to Settle Water Lawsuit?”