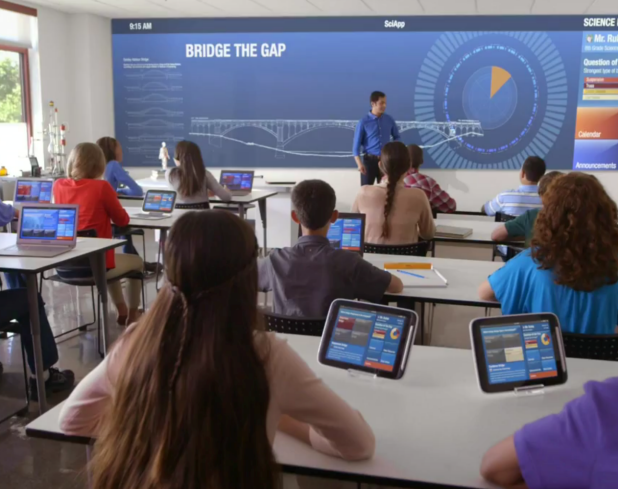 During Wednesday’s school board candidates’ forum, the issue of things like partnerships in the community – particularly between the university and the business community – emerged as a topic that we did not have time to explore more deeply.

So the Vanguard asked a few of the candidates to weigh in – just as we did on Friday on the issue of Nancy Peterson and restoring trust in the community.

Bob Poppenga raised the idea during the candidates’ forum. In a follow up, he indicated, “As a School Board candidate, I would be a strong advocate for strengthening and expanding communication and collaboration among the wealth of human, organizational, and institutional resources in our community to improve our K-12 public education programs.”

He said, “We need to adopt a ‘One Education’ mindset that recognizes the complexity of the challenges facing our schools.” He would add, “There is an imperative to approach solutions to problems as vexing as closing the achievement gap, creating positive school climates, individualizing learning to the needs of each student, and using technology in classrooms effectively in a collaborative and multi-disciplinary way.

“A ‘One Education’ approach also embraces the idea that the ‘whole’ of a community is greater than the sum of its individual parts; maybe a better term would be ‘One Community,’” he continued.

Tom Adams told the Vanguard that he likes the concept of seeking partnerships with UC Davis, non-profits, and the corporate sector to bring in opportunities and resources to the district. He said, “DJUSD should seek partnerships when they further our students’ education. I would hope that we first talk to our schools–teachers, staff, administrators, parents and students–about what needs could be filled with partnerships.”

He added, “I would make sure that the partnerships are beneficial to Davis schools and promote and foster our educational goals. As for where to begin, I would start with local institutions and business. UC Davis is primary on the list but much else can be done by seeking career technical education opportunities with local business.”

Madhavi Sunder was very explicit during the candidates’ forum on the need to limit our spending to things she believes important: teachers, nurses and counselors rather than consultants and lawyers.

“We also need to be creative in finding resources elsewhere,” she told the Vanguard. “This means partnering with the world-renowned university in our backyard and also the excellent community colleges in the region. And it means reaching out to foundations, corporations, government and funding agencies to support programs in our district.”

She noted her work of “raising funds from outside the university for which I work. As a law scholar, I have raised funds from Google and the Carnegie Corporation.”

“I will work with the District to identify opportunities in both the public and the private sector to support the programs we need in our district,” she explained. “We need to partner with public agencies to work on mental health, bullying, LGBT issues, the challenges facing English-language learners, and myriad other concerns in our district.”

She would add, “As Davis focuses more on being an innovation hub, we need help from businesses and governments to support the education needed for innovation.”

Chuck Rairdan told the Vanguard, “I would be looking for opportunities along the lines of the current robotics program, which allows students and faculty supporting such summer programs to teach an area of expertise to interested students.”

He added, “The same could hold true for the fields of biology, mathematics, writing, physics, or chemistry, just to name a few, especially to demonstrate and teach state-of-the-art or cutting edge areas of research and technology.”

“I would also be a strong advocate for scholarships and grants in association with these partnerships to assist at-risk and low-SES [socio-economic status] students with the tuition, and include support such as donated city bus passes to further improve access,” he continued.  “A simple and straightforward step toward improving the school district’s relationship with the university would be to synchronize the DJUSD spring break and other holiday schedules with those of UC Davis, which happens to be the largest employer of parents in town.”

“For the community college, trades, and business partnerships, the foundation for these relationships already exist to some degree,” Mr. Rairdan explained.  “The district is currently developing a more formal program to manage and coordinate these types of partnerships along with community volunteer networks.”

“I would work with fellow trustees and the administration to ensure the groundwork is properly laid so that the district is further able to develop and coordinate these resources for the benefit of all students,” he stated.  “I would also be interested in identifying a community liaison role within the district that actively explores partnering opportunities with the full range of potential resources.”

Bob Poppenga added, “It is easy to suggest strengthening and expanding communication and collaboration among diverse entities without offering any specific ideas.” In a piece that will run later this week, however, he lays out eight different specific proposals that could use partnerships to meet specific Davis school needs.

One example he noted was that there was a shortage of volunteers for the Davis Bridge Program: “As it turns out, the shortage was most likely due not to a lack of volunteers but to not reaching out to the broader University student population.” He noted that often new freshmen students are looking for ways to connect to the community and “a coordinated outreach to that group of students would identify a sufficient number of committed volunteers.”

Jose Granda did not respond to the Vanguard’s question seeking clarification on his stated viewpoints regarding high technology in the classroom.   He has long opposed parcel taxes as a means to fund classroom expenditures and was instead, on Wednesday, advocating for the district to look for grant money and have an employee dedicated to writing grant applications.