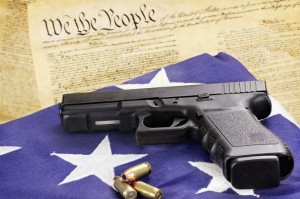 Recently a number of events have focused our attention on the issue of public safety.

These have involved the safety of individual private citizens and the safety of our police. Today, I would like to address one measure currently being considered as an attempt to lessen the chances of life threatening actions on the part of the mentally ill.

The 2014 mass murder and suicide committed in Isla Vista (near UCSB) is one example of a mentally ill individual whose illness substantially contributed to his use of a number of modalities, including firearms to kill others, and ultimately himself.

The shooter’s parents had expressed to local police their concerns about their son’s escalating illness, but the police were very limited in their ability to respond and thus were unable to find the firearms used in two of the deaths, multiple injuries and the shooter’s own suicide.

This tragedy has led to some members of our community taking another look at the interface between mental illness and acts of homicide and suicide.

One such attempt at risk reduction is AB 1014.

What this bill provides is a mechanism for family members or health care providers to alert police who would then be empowered to investigate and if appropriate temporarily confiscate the firearms of an individual found to be at substantial risk to himself and/or others.

While this bill will obviously not bring about an end to mental illness driven violent acts, it would reduce the risk of a single shooter incident or a conspiracy such as Columbine, with the potential for reduction of risk to the police as well as to the entire community.

I have heard many comments and read many posts about addressing mental illness as one key step in preventing these mass killings. I am in complete agreement with this point. I feel that one step in moving forward proactively will be to provide a system in which the individuals who know the mentally ill individual best will feel confident that if they notify authorities, definitive action will be taken for the protection, not only of those close to the individual and the individual himself, but for the protection of the entire community.

I do not see this bill as a panacea. It is no more comprehensive than are the issuance of restraining orders against an individual judged at risk for committing acts of domestic violence.

However, I do see it as part of a comprehensive program to help the mentally ill as individuals, while protecting the society as a whole from their illness-driven violent acts. This bill is currently on our governor’s desk awaiting signature.

I would encourage anyone seeing a connection between mental illness and gun possession to consider writing to Governor Brown encouraging his signature.

Share:
Tags:AB 1014Gun ControlMental IllnessPublic Safety
Previous : A Week’s Worth of Waste
Next : Sunday Commentary: Should the City Have “Flied Blind” on the Parcel Tax?