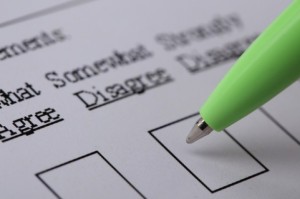 In retrospect, given that the city had already sent out its RFEI (Request for Expressions of Interest) requests, it seems strange that the city did not poll or ask a single question to ascertain the public’s interest in an innovation park. Perhaps they will argue this is better left to the applicants, and perhaps that is true, but to not even piggyback one question seems like a lost opportunity from the standpoint of the city.

Having said that, there are questions in the poll that can give us insight into the issue of innovation parks. As we have noted, the public seems most engaged on the issue of water, with 30% listing either quality or costs as the biggest issue facing the city.

Where does that leave us? It appears that the city was correct to focus on non-retail issues for economic development. However, the polling is too scattered to be that helpful. It might have been helpful to have categories and ask a follow up question to see which category the public finds most important.

Yesterday we argued that this was not good news for the city in terms of their ability to pass a parcel tax, but, frankly, it is probably worse news for those hoping to get innovation parks approved.

Davis has had a history of supporting mainly slow growth policies. We have noted, of course, that this is not exclusive. The voters, for example, approved Wildhorse and Target (narrowly). However, since 2000, the voters narrowly approved Measure J in 2000, heavily voted down Covell Village in 2005, narrowly passed Target in 2006, heavily voted down Wildhorse Ranch in 2009, and heavily voted to pass Measure R in 2010.

My belief has been that the budget issue and fiscal conditions of the city would open the doors and minds of people who, like me, prefer keeping Davis small but recognize that the current situation is untenable.

If the majority of the voters actually believe that the city is okay fiscally, that becomes a tougher task. In order to get both the parcel tax and the innovation park passed, the city needs to educate the voters that the condition of the city is not good fiscally.

A good poll should have probed the public’s knowledge on fiscal issues, but strangely they asked more questions on water softeners than innovation parks and fiscal issues combined.

The city did have the voters polled on their satisfaction with housing and economic development. The voters expressed a fair level of satisfaction on the following questions, where at least 60 percent of respondents indicated satisfaction with “Determining when, City will grow,” “Balancing interests of businesses where, and how they grow, the local and employers with the needs of residents,” and “Providing retail opportunities appropriate for the community.”

As we drill down into this issue, we recognize that the city’s poll does not help us that much to understand what the voters are satisfied with, because they never test what these particular answers mean.

The bottom line here is that while we disagree with those who argue point blank that the poll was a waste of money, we note that dissuading the city from putting a failed parcel tax on the ballot justifies the cost of the survey, the survey itself is poorly constructed. We do not know where the public stands on one of the biggest issues facing the community and when they do poll the public, we have no way to ascertain the meaning of those responses.

But the most alarming aspect is that if you are putting forth money to put an innovation park on the ballot in a year, you have to be concerned that the case has not been made to the public about the city’s true fiscal situation. There are too many voters in this community who would prefer we not grow. That can be overcome if the case is made that the city’s fiscal condition is such that city services will severely decline without new sources of revenue.

That is the silver lining here. The public’s overall satisfaction for city services and amenities gives us the access to make the case that, without short-term revenue (parcel tax) and long-term revenue (innovation parks), the city will not be able to maintain its high level of service.

To do that, once again, the city needs to be open and transparent with the public. They need to lay out the needs, the costs, and the potential sources for funding those costs in a way that is clear and understandable on the one hand, and on the other hand does not appear to be a fear tactic.

It’s a tough task, as we make this point, time and time again.

Share:
Tags:City of DavisEconomic DevelopmentGodbe ResearchInnovation Parksparcel taxVoter Satisfaction
Previous : Prosecution’s Expert Pins Blame on Marijuana Use in Marsh Trial
Next : Analysis: Battle for Third For the School Board?

27 thoughts on “Analysis: Why Didn’t the City Poll on Innovation Parks?”