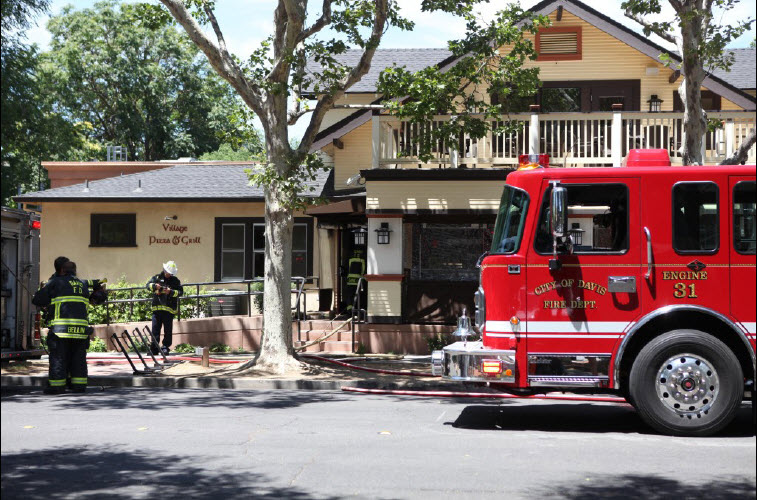 For years, the Vanguard has been pushing for major reforms within the Davis Fire Department and, finally last year, the City of Davis made several major fire reforms – one of which, boundary drop, was a no-brainer and achieved easy unanimous support. However, two were huge controversies and took months to implement. First, by a 3-2 vote the city reduced the number of firefighters on a shift from 12 to 11 and redistributed the personnel to make the firefighters’ force more mobile.

Last week, the Vanguard published the annual report and joint City of Davis and UC Davis Fire Chief Nathan Trauernicht has worked hard to reach out to the community.

Calls for service continue to increase overall, peaking in 2013-14 at 4812, however, the vast majority of that increase was in medical and public assistance calls. Actually, fire calls decreased in 2013-14 from previous years. 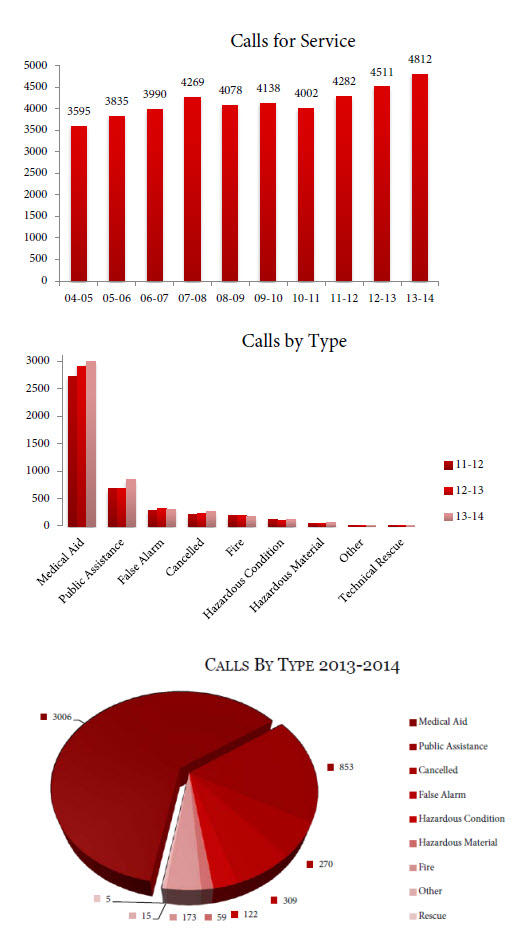 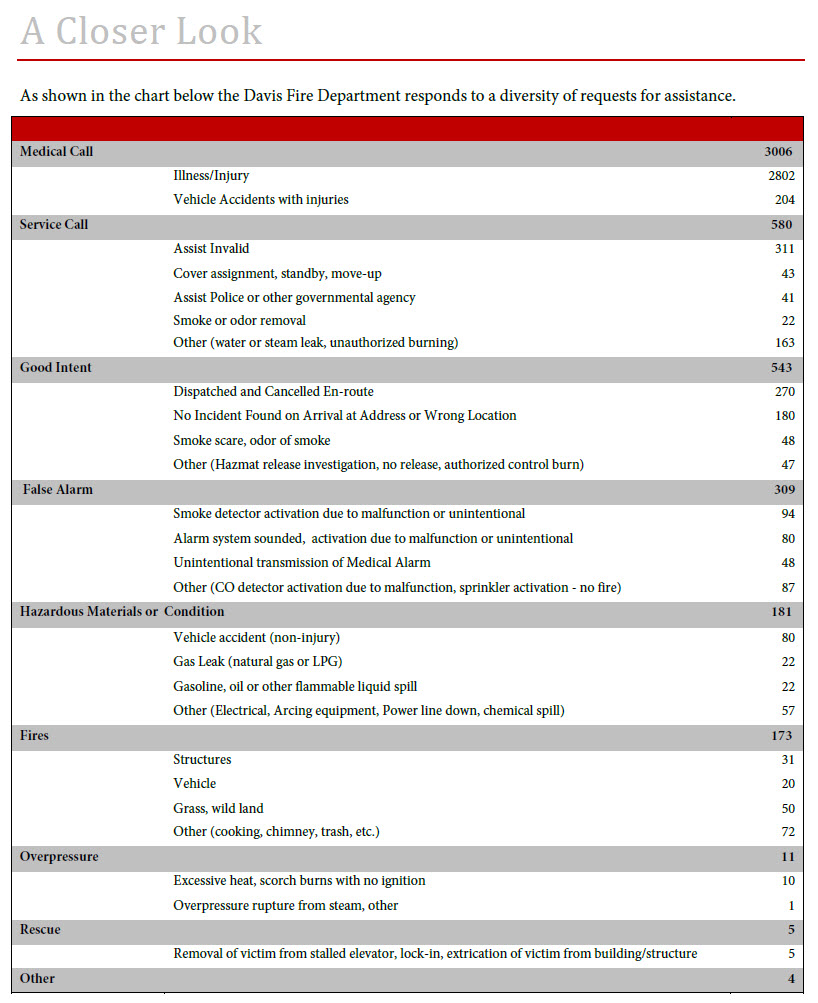 Outreach has not been limited to the monthly reports. Last week, the fire department began holding community office hours.

A staff report this week notes, “Beginning the last week of August Shared Fire Management Staff will go to a local coffee/breakfast spot once a week for 2-3 hours to hold ‘Community Office Hours.’ The time and location will be announced in advance over social media, as well as traditional and non-traditional media outlets.”

“Shared staff will take laptops and tablets and work from these locations while being available to answer questions from citizens and increase the fire department’s visibility in the community,” the staff report says. “In today’s technological environment there is really little excuse not to take the office outside of the traditional structural walls and embed ourselves closer to the communities that we serve.”

The fire department is hiring new personnel. The chief reports that they conducted screening, testing, and three rounds of interviews for the position of Firefighter 1 for the City of Davis, during the first half of the year.

Those final interviews recently concluded and the chief has requested that HR proceed with the initial hiring process for five to fill current vacancies. “These are budgeted positions that have gone unfilled, but through hiring will ensure that DFD can achieve its service goals, keep firefighters safe, and reduce overtime created from the vacancies. We have a soft target of early October to have them on-boarded.”

The chief also reports, “The Fire Marshal brought forward the concept of a ‘one-stop-shop’ for community and planning services by co-locating the DFD fire prevention division to City Hall to increase collaboration with Mike Webb’s staff. This will drastically increase customer service for prevention and reduce the number of stops that customers have to make when looking for answers to a myriad of City related questions.”

This was set to begin on September 1 and they hope that this will help the Fire Prevention Division’s workload challenges.

On July 1, “We started a 6 month trial with the City of Woodland to build upon the existing agreement that Davis has with them sharing a Fire Marshal. The trial involves using all prevention staff from both municipalities to work without borders to meet the workload demands of both communities. In the first two months this has been occurring we have seen very positive success indicators.”

In the annual report, Chief Trauernich noted, “At the start of 2014-2015 we will be transitioning to a shared records management system with UCDFD to establish coordinated/integrated record keeping, daily staffing information and standardized incident reports.”

While there are still political issues that will continue to surface, we have not seen any major complaints this year as the result of either the shared management arrangement or the new staffing system.

Share:
Tags:Boundary DropChief Nathan TrauernichtCity of DavisFour on an EngineShared Management
Previous : What We Can Learn From the City Survey Results
Next : Democrats Endorse Archer, Nolan, Sunder for DJUSD School Board