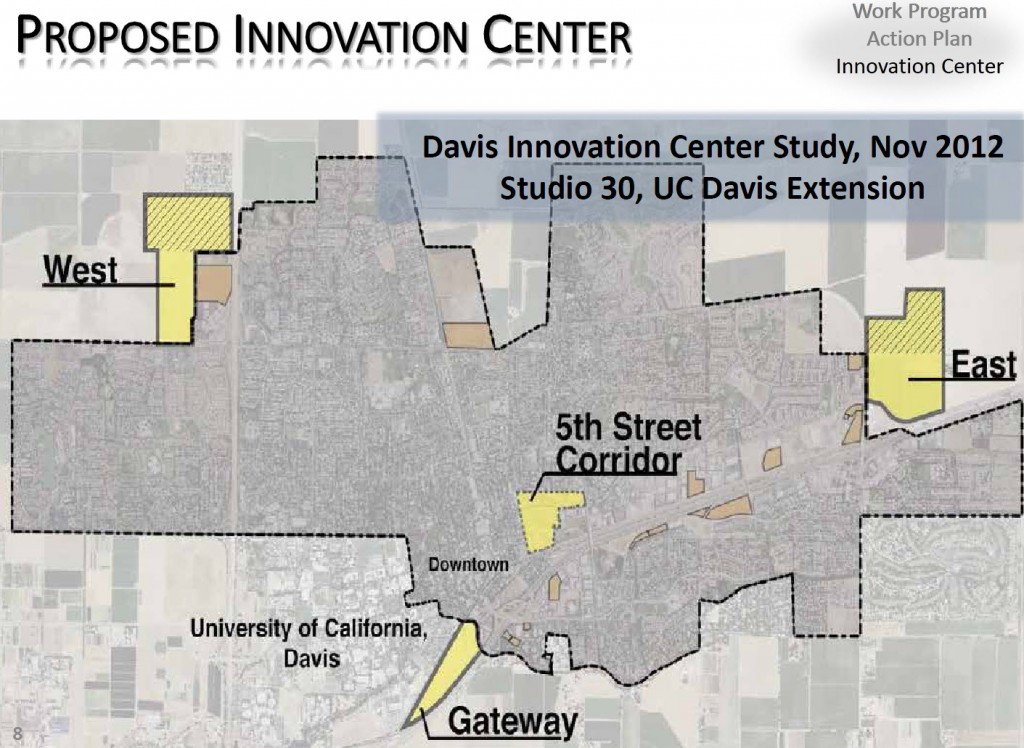 I have already seen a few emails from residents in the vicinities of the various proposed innovation parks expressing concerns about need for the project, location of the project and traffic impacts.

The planning process at this stage can be difficult because the developers and proponents are speaking conceptually, in general terms, about the project. The people who live near innovation parks and proposed locations are thinking specifically about how to handle things like traffic impacts and other impacts to their way of life.

The points that I think need to be made early in the process are why we need an innovation park at all. That is a critical element that I have not seen in the pushback, if you want to call it that, from the community. This is the case we have been laying out from the start and the public really needs to understand it.

The city faces a continued fiscal crisis. This is not a small problem that will be fixed in the short term. We passed a sales tax measure in June, but our problem is far bigger than that. We have huge and compounding costs due to deferred maintenance – the roads that are on the verge of catastrophic failure, parks that have millions of infrastructure costs, pools that are leaking and have huge maintenance costs, and city buildings badly in need of upgrades.

The city does not have funding in place to address those needs. And, while the city is still trying to shore up its compensation system, in the long term we are facing ever-increasing taxes, loss of amenities, closure of parks and green belts – or we can attempt to build our tax base.

Davis has one of the lowest sales tax captures per capita in the region, and so the question is how best to shore that up. We do not have existing space to meet those needs – that case needs to be made very clearly to the public. So, while we can look to the downtown, densification and bringing in startups, in terms of generating the revenue that we need, we need space and the only place we have space is on the periphery.

We have kind of assumed here – and I think the polling by Godbe supports this – that the public would be more amenable to university research that spins off to new startup companies, and growing high-tech companies moving into these spots, rather than relying on big box retail, which would be another option.

I might be biased here, but the fiscal analysis is black and white and clear as anything – we cannot maintain the services that we have on the tax revenue that we generate. That is a relatively easy case to make to the public.

Second, we need to address the “where” issue, because yeah, I get that people living in portions of the community value their open space and current living conditions. I don’t think the argument that people are now living on what was once new developments really addresses the point.

Unfortunately, while I agree with those who wish to improve existing space, we need new space to generate the kinds of sales and property tax revenue that will make our budget sustainable.

While Davis is looking at Nishi, which is closer to the university and the downtown, we really don’t have the volume of space needed in that location to generate the revenue that we need.

I have heard people talk about the need to create a community vision – I get that. I have heard that from both sides of the aisle. Those who want Davis to expand its innovation parks but believe that we need a vision to get there, and those who are probably stalling for time.

I am not opposed to a community vision effort, but I think time is largely ticking on this, the time to act is now, and so if a vision effort can facilitate and get us on the same page within the current time frame, go for it. If it slows us down, I think we can rely on the facts to make this case.

The community needs to be shown in a concrete way what this can look like. At some point we will have proposals, EIRs, and other more specific means to know. But in the shorter term, I think we can show the public the possible by showing them examples of good innovation parks (and perhaps some bad ones, to avoid the pitfalls) and how they can both fit in with and enhance this community.

The final point to make for now is that the public needs to understand that this is at an early stage. Yeah, I get it, there are chances that there will be environmental impacts and traffic impacts. That is why we have environmental impact reports. That is why we have traffic engineers who will help develop a way to create these parks without huge traffic impacts.

These are things that can be addressed later in the project and I will tell everyone right now, if the city and developers do not come up with good solutions to real concerns, I’m not going to support the projects and neither should anyone else.

We are not handing them a blank check here. That is why we have Measure R.

At the same time, we face very real dangers and we cannot afford to let the search for perfection be the death of the community as we know it. Imagine Davis without its parks, greenbelts, bike lanes, and pools. Imagine a Davis with crumbling roads, buildings in disrepair, and no means to raise additional revenue.

Some will say this is a scare tactic. But I have poured over these numbers for years and they aren’t getting better. I voted against Covell Village and Target, but this is something that we need if we value the Davis we have. If we build it right, it won’t be a detriment to the community but rather an enhancement.

But we can’t concede this battle or it will be lost before it begins.

131 thoughts on “Commentary: Making the Case to the Public on Innovation Parks”