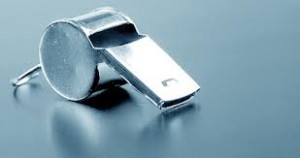 Last month, a jury awarded former UC Davis Health Systems employee Janet Keyzer $730,000 after she sued several years ago, alleging that she had been retaliated against and ultimately terminated because she complained to her supervisor and the UC Davis Institutional Review Board (“IRB”) that the COPE (Community Oriented Pain-management Exchange) project management did not comply with the IRB approval process before implementing human subject research activities on prisoners at San Quentin.

The jury ruled that the Regents failed to prove by clear and convincing evidence that the termination would have occurred for legitimate and independent reasons even if Ms. Keyzer had not engaged in the protected disclosures.

This leads us to the question – did UC Davis’ whistleblower protection system fail in this case and is that a sign of an endemic problem?

The Vanguard spoke to Wendi Delmendo who oversees investigations into whistleblower retaliation.

According to the UC policy on whistleblower protections, “The university is committed to protecting individuals who file complaints or who attempt to file complaints about protected activities.”

Ms. Delmendo explained that once she gets the complaint, her role is to review the complaint to make sure it’s timely. Employees have one year to file their complaint from the time that the alleged retaliation occurred. “They also need to set forth that they engaged in protected activity and provide some facts around the retaliatory action and why they believe they were retaliated against,” she explained.

“For the majority of the elements of a retaliation complaint, the standard of proof is preponderance of the evidence,” Ms. Delmendo explained. They would look at whether the complainant made a protected disclosure, whether there was an adverse action that they experienced, whether there was a connection between the adverse action and their protected activity and the review would be focused on the preponderance of the evidence.

However, the accused could make the claim that there was a legitimate non-retaliatory reason for the action and the standard for that showing is clear and convincing evidence. At that point the burden of proof shifts to the university to “show that adverse action had occurred independent of the employee’s engagement in a protective disclosure.”

“Even though it’s a higher standard of proof, we would be looking for clear evidence from management to support these reasons,” she said.

Wendi Delmendo believes that they have about seven to ten of these sorts of complaints a year. The Vanguard did a public records request on the number of whistleblower retaliation complaints, the results of the investigation, and whether they went to litigation.

Michele McCuen from the Office of Campus Counsel told the Vanguard, “There is only one case that has resulted in a lawsuit (UC Davis Health System – Center for Healthcare Policy and Research).  To date, we have spent $341,915 on that matter.”

She added, “There was one instance where an employee did not elect or participate in our internal processes for reporting whistleblower retaliation, but did pursue litigation for retaliation.  Since this instance was not reported to us, allowing us the opportunity to investigate (and therefore become a ‘case’ as you refer in your request), it is not included in the spreadsheet.”

In a statement from the university, they explained, “Ms. Keyzer filed a whistleblower retaliation complaint under the University of California Whistleblower Protection Policy. The University’s internal investigation was conducted by a UC Davis School of Law faculty member and a member of the Academic Personnel Office, both of whom were unaffiliated with the research project and the Center.”

The attorneys for Ms. Keyzer disagree, as they note that she was offered a non-career path position.

The university provided a timeline for the Keyzer case but was unable to directly comment on it. The Vanguard, however, received a copy of the deposition of Beth De Lima from February 19, 2014.

Ms. De Lima is the president and principal of HRM Consulting, and a nationally certified Senior Professional in HR. She was the defense expert on the case and she sits on the Employee Health, Safety, and Security Special Expertise Panel and is a certified mediator through the UC Berkeley Extension program.

As a senior consultant, she explained, “I deal with the complex challenges, writing the policies and the procedures, managing — setting up and helping organizations implement integrated medical leave management policies with ADA, FMLA, workers’ comp, those issues.”

She said they assist people in terminations and do management and supervisory training.

In her testimony she explained, “In HR industry standards of care there’s some criteria that you start with when you start an investigation. One of them is to make sure that the parties that are involved in the investigation perceive the person who is investigating as an unbiased investigator.”

She noted, “As it relates specifically to this particular investigation, based on the documentation that I read and the documents that I looked at, Ms. Pruitt readily admitted that she didn’t have any training in terms of how to do investigations and attended less than, I think not even a quarter, barely a quarter of the actual interviews.” Despite this, she was considered the primary investigator.

She also noted that the report regarding the retaliation was written by someone who did not sign it. “So we’ve got an investigation report that has somebody else’s signature on it. So it’s hard for me to have an opinion that the report was adequate when the person who signed it did not write it,” she explained.

Attorney for Ms. Keyzer, Lawrence Bohm, in a phone interview with the Vanguard, said, “There were too many high level leadership people who had no explanation for why things turned out the way they did.”

He explained that the university’s position “ended up being very confused by contradictory statements amongst their own people.”

“They seemed to constantly contradict themselves,” he added.

Most interesting, however, was his assessment of the university’s whistleblower process.

Lawrence Bohm told the Vanguard, “I think you can say that their whistleblower protection did not work. The reason that it did not work is that in their world they take a person’s word for it.”

If they ask an employee if they did this and the answer is no, that is the end of the discussion, he added.

“I think they appropriately investigated their complaints,” he explained. “They’re not trying to prove she is correct. That’s not their job. Their job is to find out if people on their side are even trying to have a defense.”

“If someone really wants to do something bad to somebody, as long as they never admit it and they make up some other reason, the university itself, that’s all they report” is the denial, Mr. Bohm stated. “Therefore there was no evidence to conclude that this thing was improper.”

The difference between the university investigation and the jury trial, Mr. Bohm argued, is that “the jury weighs the credibility of witnesses.” He added, “The jury gets to decide if that was really a truthful denial.”

UCD spokesman Andy Fell told the Vanguard, “I think we do take these things very seriously. There is a detailed process both for the original whistleblower complaint and also for their retaliation complaint.”

He added, “We did do a whistleblower investigation as conducted by a faculty member from the School of Law working with academic personnel – that internal investigation concluded that there wasn’t a retaliation.”

“I think one thing we’ll be looking at in general is how the internal investigation came to a different conclusion from the jury,” he added.

“Good governance demands that people stand up to wrong-doing,” stated Mary-Alice Coleman, also an attorney for Ms. Keyzer. “In this case, Janet Keyzer stood up to a powerful and influential multi-billion dollar organization – the Regents of the University of California — to protect not only those who are unable to protect themselves, but also to protect the best interests of the UC system, and the integrity of its research efforts.”

This case is one of the first cases to be successfully tried to a verdict on behalf of a University employee under the revised California Whistleblower Protection Act, Government Code section 8547.10.

“Nobody ever took responsibility,” Lawrence Bohm said. “Nobody was even disciplined because of this incident with the improper research. At least it should have been a mark on somebody’s record.”

The only person disciplined was the lead investigator.

Ultimately, he believes there will be no consequences for this other than this verdict.

For more details on the case and the verdict go here.

Share:
Tags:Janet KeyzerUC DavisWhistleblower Retaliation
Previous : Commentary: The Choices Ahead For Davis
Next : What We Can Learn From the City Survey Results