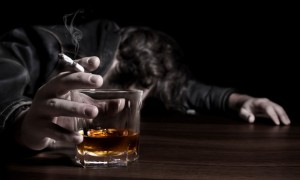 Back in June of 2013, I would write in a commentary following the arrest of Daniel Marsh: “If this young man indeed ends up being the killer, this is a failure of our system.  This time it is our failure, our system, our schools that perhaps did not read the warning signs in the right way and find help for a kid who may have been ready to snap.”

“We have a culture of bullying and depression, and we still do not do enough to help those troubled kids when there is still a chance,” I wrote at the time. “We are still, in many ways, a community in deep denial about a group of our young people who do not make it through the system unscathed.  So yes, we did not want this to be one of our own, but now that we realize it might well be, we need to wake up and start dealing with real problems.”

What I would say now is that we really did not know the extent of the systemic failure until the previous week or so of trial testimony.

A comment by Dr. Steve Nowicki, who specializes in pediatric developmental behavior, illustrates the problem here. When an individual commits a heinous and unspeakable crime – as Mr. Marsh undoubtedly has – we do not as a society want to shift blame away from the individual.

That Mr. Marsh was just 15 at the time of the crime, that the school system and mental health system had ample warning, should give us pause. It is easy to write Mr. Marsh off as a monster and end our analysis there. It is much harder to look within ourselves for the signs and try to figure out how this can be prevented in the future.

Dr. Nowicki writes, “Reading this testimony has me furious. This is one case in which there are three victims. This testimony illustrates the need for our community to take pediatric mental health, childhood trauma and child development extremely seriously.”

“The Black Box Warning is most important in the first weeks of starting any SSRI as it can cause ‘activation’ which may appear as irritability, increased energy and even the energy to attempt a suicide already contemplated as a result of major depression. It is clear that depression is the root of suicide and SSRI’s are quite effective in treating depression. The irritability can persist and that prompts a change in medication, a reevaluation of the diagnosis and intensification of therapy.”

“The real issue is the lack of coordination and the obvious lack of patient ownership that should be the cornerstone of a good physician,” he continues. “It is unrealistic to think that we should rely on a school psychologist in this situation and there should have been more immediate response by his psychiatrist.”

The doctor writes, “As a physician specializing in developmental and behavioral pediatrics who works with many challenging children in our region, I often run mental simulations in my head of ‘what would I have done?’ ”

He states, “With his history of early childhood trauma (as reported in Vanguard), he should have been involved in early counseling to address the impact of the trauma to facilitate healing. During this time, [there should have been] a full assessment of his behavioral symptoms and potentially educational or neuropsychological testing to help inform his social-emotional skills and his learning-coping styles.”

The doctor continues, “During the immediate crisis that was described by the school counselor and the brief information outlined by his psychiatrist, it would have been prudent to have been monitoring his symptoms and response to therapy every 1-2 weeks by the psychiatrist to build both, provide psychotherapy and to adjust medications. With the activation observed with Zoloft and the disorganized thinking with hallucinations, I would have changed his SSRI and added a mood stabilizer. The main target would have been the depression. His most likely diagnosis would have been Severe Major Depression with psychotic features. The first step is to reduce the psychotic symptoms (mood stabilizer) and aggressively treat the depression with an SSRI and in his case TB-CBT. The key is really to have very close follow up and be very responsive to his symptoms. He may have required a couple of coordinated hospitalizations for safety until stabilized.”

He concludes, “Daniel Marsh is the type of kid that needed the most help and did not receive it. Now it is clear that we lost 3 people in this tragedy that should have been avoided.”

As a layman, I find myself increasingly troubled with aspects of this case.  It appears that none of what the doctor above describes as needed to have happened actually occurred. The system failed Daniel Marsh and, by failing Daniel Marsh, it failed Oliver Northup and Claudia Maupin.  And by failing the elderly couple, it failed us all.

We have the prosecutor’s psychiatrist who would testify that Daniel Marsh never expressed any homicidal thoughts or ideations to Dr. Joseph Sison, who evaluated Daniel while the defendant was in the facility.

Instead, Dr. Sison, in his lengthy testimony, would repeatedly blame the habitual use of marijuana as a possible cause of agitation and aggression in Marsh.

The strange sequence, however, was the doctor’s repeated assertion, “I have never liked marijuana being legal, I do not understand why it is legal, it should be illegal.”

It defies credibility when the prosecution puts a purported medical professional on the stand who insists that the habitual use of marijuana is a possible cause of Mr. Marsh’s agitation and aggression.

It sounded like something out of the propaganda flick, “Reefer Madness,” rather than actual medical testimony.

The testimony of the school counselor was troubling, as well – daily suicidal thoughts. Mr. Marsh would tell her of his suicidal thoughts, but he also told her about his homicidal thoughts regarding people at school, telling her he had been bullied and other students were egotistical. He had thoughts of torturing people, standing over them and telling them they are garbage until they believed it.

But the school counselor viewed her role in a very limited manner. insisting that her only duties were to treat what affects the student’s education: truancy, difficulty with work production and coping skills. She was hired strictly to perform this function.

At the same time, she did report this to the school therapist and the police. But no one was able to produce enough to put Mr. Marsh on a 5150 hold (an involuntary psychiatric hold pursuant to the California Welfare and Institutions Code section 5150).

Mr. Marsh would see Dr. Cheyenne He in January 2013. Dr. He prescribed more medication at this point and, per Marsh, his mood and anxiety were noted as improved, but he was still depressed, and somehow anxious about his friends. As on the initial visit, he answered, “No,” to Dr. He’s questions about having homicidal/suicidal feelings or tendencies. The doctor’s summary was that he “tolerates” the medication.

In retrospect it is clear that Daniel Marsh was in real crisis, and many different mental health personnel had the opportunity to intervene in the situation, but apparently failed to recognize the extent of Mr. Marsh’s danger to himself and others in the community. I do not have enough medical knowledge to know if the medical system failed him or if Mr. Marsh was simply such an unusual case that they were justified in failing to see the warning signs.

Most recently, we get to the testimony of Dr. James Rokop, who was apparently the court-appointed clinical psychologist.

The doctor apparently became suspicious, stating in testimony that some of the stories “were suspect, I felt Daniel may have over-played things.” He added, “I was suspicious of some of his answers; it was as if Daniel knew what to say about his medications…left me suspicious.”

Dr. Rokop said Daniel’s time frame of events about killing animals did not match and he felt that Daniel’s answers during the interview “showed validity of inconsistencies, he never reported to police any hallucinations until after the interrogation, and the time frames for his symptoms from medications did not match.”

Dr. Rokop stated, “There is a whole list of statements of rare symptoms – how much do you believe?”

He said, “There are just too many questions about what he was using that night but he did say he had no sleep in days before the crime.”

In conclusion, Dr. Rokop did note that Daniel did display symptoms of cognitive slippage, a dissociative disorder, but it needed further investigation as he disagreed with some of the research and other experts’ reports in this case. He said further testing could be done to find out more.

There are separate questions here that must be analyzed. The first is the legal question – whether Daniel Marsh fits the definition of legally insane, not knowing the difference between right and wrong at the time of the crime.

The second, in my view, is more critical, whether, as Dr. Rokop thinks, Mr. Marsh was trying to play up the insanity plea. Clearly, this was a troubled kid and, despite having many contacts with mental health officials, no one recognized the true danger that he represented to himself or the community.

That is a systemic failure. This was a kid who was having suicidal thoughts, with substance abuse, at a very young age and no one had the ability to follow through and get him the help that he needed.

We should all be very troubled by this, no matter what we think a then 15-year old Daniel Marsh’s ultimate responsibility in all of this is.

34 thoughts on “Eye on the Courts: Preventable Tragedy in Marsh?”