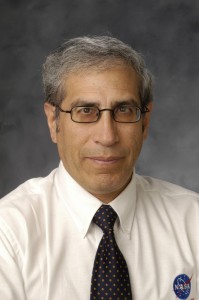 The Vanguard is doing a series of follow-up questions from the candidates’ forum.  Earlier we did a follow-up on the Nancy Peterson issue and yesterday on community partnerships.  With respect to Jose Granda’s positions, it was felt that he should explain what some might perceive a contradiction between his pushing for new programs and services on one hand, and his anti-tax stance on the other.

We asked him two questions and what follows is his verbatim response:

First, you have repeatedly made comments to the effect you view parcel taxes as an abuse of the taxpayers, but when these taxes go to a vote of the people, whereby 67 to 75 percent of the voters have approved these taxes, how can it be an abuse if the voters are consenting to taxation by a two-thirds majority?

Second, you called for a number of proposals, whether it is counseling, technology or not selling the Grande Property – all of which cost money – and yet you have been steadfast in your opposition to each of the parcel taxes – how do you square these two views?

As a candidate for a public elected office, I think it is my duty to answer all questions, expressing my views honestly clearly and with the expectation that others, including the media, respect those opinions for what they are, diversity of views, without color them or ridiculing them. Reasonable and respectfully dialog is always healthy in a democratic society.

“First, you have repeatedly made comments to the effect you view parcel taxes as an abuse of the taxpayers, but these taxes go to a vote of the people whereby 67 to 75 percent of the voters have approved these taxes, how can it be an abuse if the voters are consenting to taxation by a two-thirds majority?”

Let’s take one issue at the time and analyze several issues contained in your question. First I have never said that I “ view parcel taxes as an abuse of the taxpayers”.   For the record I voted for those parcel taxes and paid them since 1980. Every time I saw a measure, related to schools I voted YES without questioning. I became aware of a major problem with them by accidentally attending the School Board meeting regarding Measure A when the board discussed, not what they needed in terms of funds but rather what was the maximum amount that they could get from the taxpayers and still pass the measure. Then I questioned really what are they doing with the money. The result, an irresponsibility towards the taxpayers.   Remember that Measure A came close to defeat. Sixty four votes would have mean the measure did not pass. Your question implies overwhelming support. Not so, when measure A came along close to 5,000 voters voted NO, when measure E came along close to 9,000 voters voted NO. The victories have been by a slim margin and with that growing opposition, it is only a matter of time when none of these measures would pass.

Now to the issue of the abuse of taxpayers. First let me lay out the legal aspect of it. The law clearly gives the authority for school districts to put a parcel tax on the ballot for very “SPECIFIC PURPOSES” and not to implement their budget. It outlines a mechanism different than the regular budget. This school board in a very dishonest manner has presented these taxes and sold them to the public as if they are a percentage part of the budget, which is illegal. However it makes a good deceptive sale.   Sooner or later they will get caught just as they did with the illegality of Measure E. This is cheating the public on these elections to begin with. Now the abuse materializes when the Board using scare tactics pressures the voters into voting for these measures and threatening to penalize them with firing teachers, cutting classes, math, science, etc,etc, the very core classes of what a school is supposed to offer with our income taxes. They do not disclose that that the budget which comes most from our income taxes is close to 70 million dollars which the taxpayers are paying. This is what keeps Davis schools running the way they do and not the parcel taxes which are around 4 million. Putting four measures, four increases in people’s mortgages in less than eighteen months is in fact an abuse of the taxpayers.   Now the concept that you need to increase the mortgage in your home for as long as you owe your home, at the will of the School Board is also something to give a second thought.   Keep in mind these taxes are only for those who own a home and they do not get to decide only but those who are even transitory in Davis but through this process force someone else to pay the bill.   Now they deceive the taxpayers lying to them as if these are for reducing class size while at the same time they allow students from out of Davis, from parents who do not pay these taxes to attend the same classrooms with students from parents who pay these taxes. A total contradiction.

If the School Board would follow the law and use this money for specific purposes and not deceive the public by telling them is part of their budget, projects that benefit all students and not for salaries, then it may be a different game.

For the record I want to state to you and your readers that I and the other plaintiffs that participated in taking the School Board to court over Measure E and wining, are proud to have made a contribution on behalf of the taxpayers. This court case forced the School Board to follow the law. Remember the theme of my campaign, the 3Ts: TECHNOLOGY, TAXPAYERS, TEACHING. Instead of being a negative for my campaign I see it an affirmation of my commitment to the second of the 3Ts TAXPAYERS. From what I hear, I am the only candidate that even thinks about fiscal responsibility to the taxpayers. Everyone else is addicted to parcel taxes and can’t think beyond that. At some point fiscal responsibility to the taxpayers needs to be an everyday consideration if you are serving on the School Board.

“Second, you called for a number of proposals whether it is counseling, technology, or not selling the Grande Property – all of which cost money – and yet you have been steadfast in your opposition to each of the parcel taxes – how do you square these two views?”

First let’s clarify again that I did not oppose the parcel taxes and I paid them for 31 years. In the light of the School Board fiscal irresponsibility is time to say NO and I will continue to say NO until I see something different. None of the proposals I made for the Grande Property are “extravagant”. They are logical, reasonable and in the best interest of the students.   I oppose the sale of the Grande Property, a prime land that belongs to the School District and of course to the taxpayers, originally planned for a neighborhood school. Now special interests want this land to make money and possibly build houses. I believe this should become a Tutoring Center so parents won’t have to scramble for help for their children after school or to send their children to private courses to prepare for the SAT or ACT exams. It could become a science center, an art center, a music hall, a language center etc, etc but not sell it to developers to build houses instead of building classrooms.

I do not think I would find a parent that reading the above paragraph would disagree with me that this benefits they children. Now, how you pay for this. I have proposed to make external funding through grants a top priority, but if we do that we cannot pay lip service to it or say it cannot be done. If elected, I would advocate to create a department in charge of getting external funds from private industry, from government institutions, such as the department of education, department of defense, NASA etc. Instead of thinking you cannot do anything without forcing people to increase their mortgages to support fiscal irresponsibility, you need to think out of the box and get out there, extend the hand and get donations, get a foundations money just as the Bill and Melinda Gates foundation and many others. Isn’t that was successful here with the high school?. I believe all is possible if all cooperate and give way to new ideas instead of sinking our heads in the parcel taxes. What about rescinding the 3.4% pay increase the School Board gave to the administrators. A reduction on those salaries which are disproportionate to what teachers make, would generate a down payment to build the tutoring center or any of the other proposals. Right?

Moreover where will the cash from the sale of the Grande property go?. The way this Board has handled the taxpayers money, It would disappear into the white elephant budget of the district and be absorbed as if thrown in a black hole instead of thinking to serve the education they so vehemently say they support. It seems their interest really is to collect money and spend it instead of thinking on the education of the children or their responsibility to the taxpayers. It is time for a change and that is one of the reasons I am running. I hope you vote for me.

9 thoughts on “Granda Speaks on Taxes and School Services”