Former State Superintendent for Public Instruction Delaine Eastin spoke powerfully in favor of Madhavi Sunder’s campaign for Davis School Board at an event at the home of Rudy and Gabriela Zaragoza. Eastin suggested that Sunder had three qualities crucial to a successful leader—courage, vision, and heart.

Helen Thomson, who herself served on the Davis School Board for twelve years, spoke of the important role of the School Board in the community—and her conviction that Sunder was ideal for that role.

The event kicked off Sunder’s fall campaign. “I am honored and humbled to have the enthusiastic support of such hard working public servants, who have spent decades working for our community in their positions in government.” 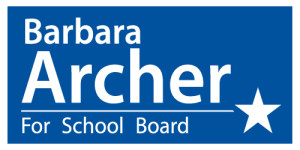 Barbara Archer for School Board 2014 announced two new campaign events at the homes of school volunteers.

South Davis parent Judy Frederickson will host a coffee for Archer at 10 a.m. on Tuesday, Sept. 23 at her home. If interested, please RSVP to Judy at judycfred@gmail.com.

West Davis parent Pam Pacelli will host a reception for Archer at her home at 700 Elmwood Dr in Davis on Tuesday evening from 5:30 p.m. to 7:30 p.m.

For a full list of endorsements, please see: http://barbaraarcher.org/endorsements/

More details about Archer’s campaign can be found on the campaign website at www.BarbaraArcher.org and on the Facebook page: https://www.facebook.com/BarbaraArcherForSchoolBoard.

Share:
Tags:Alan FernandesBarbara ArcherDJUSDElectionsMadhavi SunderSchool Board
Previous : The Next Era of the Vanguard Starts Today
Next : School Board Candidates Meet at Vanguard-DMA Forum (Video Now Posted)