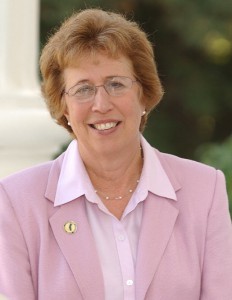 “We’ve seen just how valuable the services provided by crisis nurseries are in Yolo County, where the Yolo Crisis Nursery provides safe harbor for these vulnerable children at no cost to their families,” said Senator Wolk.  “This new law will enable crisis nurseries to continue their vital role in the community, helping to reduce cases of child abuse, helping families stay together, keeping children out of foster care, and reducing the amount of money spent on child welfare services. I thank Assemblyman Cooley for his work on this important issue and thank the Governor for signing this bill into law.”

Crisis nurseries provide free, temporary, safe, voluntary shelter for children under the age of six whose parent or guardian is in crisis—undergoing a temporary financial, health or other challenge—and is unable to provide a safe living environment, without giving up custody of their children to the public child welfare services system.

Assembly Bill 2228 (Cooley) applies the same standards to crisis nurseries as to children’s day care facilities, removing unnecessary restrictions that have driven up operation costs to the point where crisis nurseries may have to cease operations in California.

Studies show that parents who utilize crisis nurseries are connected with wrap-around services that provide long-term support, and that these supports and intervention keep children safe and keep them out of longer term care. 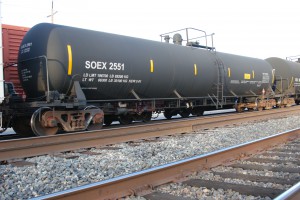 Presses US Department of Transportation to make changes on rail car safety, speed of trains

State Senator Lois Wolk (D-Davis) continued her push for increased rail safety today, sending a letter to the US Department of Transportation with specific suggestions and recommendations regarding the shipment of crude oil by railroad.

“The volume of crude oil being imported into California has increased over 100-fold in recent years, and continues to increase. Valero has plans to ship 100 train cars of crude oil a day through the heart of my district to its refinery in Benicia, through heavily populated and ecologically sensitive areas, and similar projects are planned in other areas of the state,” said Senator Wolk. “On top of that, just in the past year, there have been six major incidents across North America where rail accidents resulted in millions of gallons of spilled crude oil. The recommendations I propose would help California keep in step with the growing risk to California’s citizens and environment posed by the significant increase in shipments of these dangerous materials.”

Senator Wolk’s comments were sent to the Secretary of Transportation office and will be added to a Notice of Proposed Rulemaking (NPRM) issued by the Pipeline and Hazardous Materials Safety Administration (PHMSA) on August 1 that focuses on hazardous materials, increased tank car standards and operations of the “high-hazard flammable trains.”

In her letter, Wolk also supports a proposal by the PHMSA and Federal Rail Administration to increase safety of CPC-1232 rail cars. Proposed changes include increasing the thickness of the shell of the car to 9/16 inches, adding top-fitting protections that can sustain a rollover accident of up to 9 mph, and installing Electronically Controlled Pneumatic brake systems to ensure faster braking for train cars.

Wolk also proposed reducing the recommended speed of trains carrying hazardous crude from 40 to 30 mph through all cities to reduce the risk of crashes. One option proposed by the department suggests limiting those trains traveling in cities with a population of 100,000 to 40 mph, which Wolk said “arbitrarily excludes (smaller cities) entitled to the same level of protection.”

Wolk’s other comments focused on broader rail safety issues including removing volatile elements of the crude before shipping it, such as flammable natural gas liquids—a process is currently used in other areas of the country to help reduce the risk of fire and explosions, should a train crash. Wolk also recommended rail carriers and shippers carry sufficient insurance or the financial wherewithal to cover costs of a spill or crash, and called on requiring all railroads and shippers to fully fund training for first responders of any crashes or leaks.

One thought on “Senator Wolk Applauds New Law on Crisis Nurseries, Push for Action on Oil by Rail”