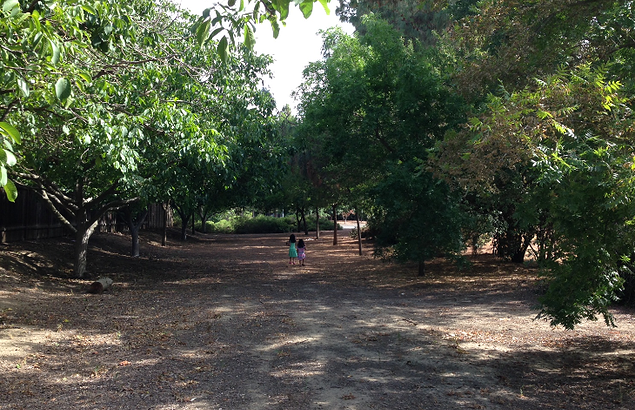 The issue of the selling of a greenbelt to create infill development has resonated within at least a key sector of the community. It is an interesting issue for a lot of reasons. On Wednesday, the planning commission will look at it for a second time, but the city council has not yet had a chance to weigh in.

One of the most curious aspects of the issue is that there is no council direction and there is also not city policy “regarding elimination of greenbelt parcels, or what to do when an infill densification project involves the potential to remove an existing greenbelt space.” City staff acknowledges that this will become “a policy issue to be weighed by the city council.”

But from our perspective that is not the most interesting issue. Instead, it is an object lesson on the difficulties of managing public outreach for development projects.

From the perspective of both the city and the developer, we have the words of Mike Webb, the city’s Director of Community Development, who told the Vanguard that the greenbelt here is “not the typical greenbelt configuration” that the public would ordinarily envision as a long, city-maintained stretch of grass and vegetation that people can walk or bike through.

As developer Jason Taormino explained to the Vanguard, from his perspective, “the 2009 staff report defines the land as a private buffer to benefit the Haussler property and protect them from the new homes that were built in Wildhorse in approximately 1998.  The sale of this private buffer in order to promote infill development is reasonable as it is no longer needed to protect the Haussler property from the encroachment from the new neighbors in Wildhorse.”

“The greenbelt on the east side… that was created for the Haussler family, it wasn’t created for the Wildhorse subdivision,” Dave Taormino explained to the planning commission.

However, as Pam Nieberg and Alan Pryor wrote last week, “Because the City of Davis does not currently have a policy addressing the sale of greenbelts and has never sold such parcels for development in the past, the Yolano Group is very concerned that this transaction to sell greenbelts to a private developer to accommodate this project could set a dangerous precedent.”

What do we learn from this? The article by Ms. Nieberg and Mr. Pryor generated 70 comments last week on the Vanguard. What we see are effectively two strands of conversations, one of which focuses on whether or not this configuration is a greenbelt.

As one poster suggested: “Walk and bike the city greenbelts sometime, you’ll see many that are just trees and dirt like the Paso Fino site.”

The other is the a more global picture embodied by this post: “If you want infill to deter urban sprawl, then there is less room for open space, and you get urbanization of living areas, much as the Cannery will be, with lots of houses on tiny lots, squeezed in tight. There will be some open/green space, but the denser the infill, the less room for open space. Which is it environmentalists, do you want open space or urbanization/infill? You can’t have it both ways.”

Now whether or not that depiction is true – there is considerable conversation, pushed by those in favor of more growth, that we have put ourselves into a box with regard to development, and therefore, we are going to run into this conflict of open space versus density. Whether it is true that it is all or nothing, I think that’s a reasonable counter point.

The problem is that, if you look at extended public discourse, the greenbelts issue is winning by a very wide margin.

That view is embodied by the letters to the editor which almost unequivocally have leaned against the project. One writer wrote, “Don’t sell the community’s soul for a small mass of dollars. Keep the trees. Keep the greenbelt.”

Another had a more lengthy letter summed up by, “The proposed Paso Fino infill project is so flawed it could serve as an illustration of poor planning in a textbook. I don’t live in the neighborhood, but I am deeply disturbed that the city is giving serious consideration to a project that would create so many problems…”

Even John Mott-Smith wrote in a September 4 column, “I spent some time recently with neighbors of the proposed Paso Fino development being discussed for a small plot along Covell Boulevard. They’re concerned that the proposed increase in density on this property will have lots of negative impacts, including poor traffic circulation, the removal of lots of trees and the city ceding a greenbelt to the project.”

He adds, “It’s hard to argue with that. It appears to be an increase in density that will not increase the walkability of the neighborhood, but instead will just increase car traffic.”

As I write this, it is hard to know exactly how this plays out. When the planning commission approved the project by a 3-2 vote last spring, they did so with two members missing and before the community activists ginned up broader discontent for the project.

However, what is clear is that the developers here have completely lost control of the message. They never had a strong response to the idea of building on a greenbelt, which to the average person seems absolutely ludicrous.

It is easy to generate outrage for a project that seems to run counter to common sense, and such a counter-campaign has to be carefully and methodically weighed out.

I spoke with the developers last week after we ran the piece from Pam Nieberg and Alan Pryor – we think balanced community discussion is something to encourage, but while they indicated that they wanted to respond, a week later, we have nothing.

Are they counting on their allies on the city council to push this through? Given the direction and trajectory of public opinion, at least right now, it is hard to see the council putting their necks on the line.

But this is not only a good lesson but also an important warning. I met with Jason Taormino, I watched the planning commission meeting, and then I met with some of the neighbors and walked the site and discussed their concerns.

On the one hand, I could see from the neighbors’ perspective how they would not like this project, but the potent issue is not the neighbor issue, but the greenbelt issue. 99% of the residents will not be impacted by Paso Fino one way or another, however, everyone in this community has come to rely on the principles of open space, and greenbelts embody those views in a way that everyone can understand.

The pushback argument that we saw on the Vanguard is not going to sway the majority of public opinion. The public is not going to support what they see as the city selling off greenbelts in the wake of lack of other developable land. That is just not going to fly in Davis.

The developers never attempted to wholesale counter to that viewpoint. The idea that these were not typical greenbelts is an argument that could be made and has been made, but without continued advocacy, it failed to take hold and people could counter that there are other greenbelts that aren’t as green as what we might typically envision.

While this is a non-Measure R issue, it illustrates that Measure R is not the only barrier to development in Davis and I worry very much about the ability of the city and developers of the innovation park being able to anticipate issues that could bring their project down.

Share:
Tags:City CouncilCity of DavisDensificationGreenbeltsInfillPaso FinoPlanning COmmission
Previous : Moving Toward a Restorative Justice Approach in the Schools
Next : What Was on the Minds of the Audience Members at the School Board Forum?