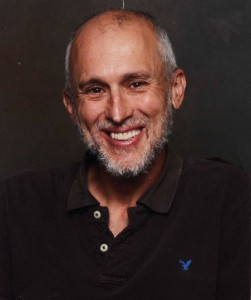 The Davis City Council on Monday announced the hiring of Dirk Brazil as the Davis City Manager, effective November 3. The vote on that was 4-0-1 with Mayor Pro Tem Robb Davis abstaining. That abstention naturally created a buzz, and ultimately led Robb Davis to issue a statement.

As he said in his statement, “The process of hiring the City Manager was undertaken in closed session.  While some in the community question this process I believe it is necessary to enable us to conserve the anonymity of candidates who request it.  It is clear to me that some of the fine candidates who applied would not have done so had the process not permitted anonymity.”

The Vanguard has pushed for greater transparency in this process and the flap over Robb Davis’ vote is clearly illustrative of that need. Other communities, even in California, have much greater openness in their hiring process. And while we can respect the belief that conserving the anonymity of the candidates may have increased the pool, in the end the process itself may have been cleaner in the open.

The Mayor Pro Tem was advised by City Attorney Harriet Steiner here, and we can see in the Government Code Section 54957(b) (1) “Subject to paragraph (2), this chapter shall not be construed to prevent the legislative body of a local agency from holding closed sessions during a regular or special meeting to consider the appointment, employment, evaluation of performance, discipline, or dismissal of a public employee or to hear complaints or charges brought against the employee by another person or employee unless the employee requests a public session.”

Let me quickly dispel the notion – Robb Davis would not divulge to me why he abstained on the vote, other than to reiterate that he had his reasons and couldn’t share that with the community. If I had to guess, it is a process-based issue rather than an issue directed at the candidate. That’s strictly a guess.

The fact that he didn’t vote no to me suggests that his vote was not about Dirk Brazil.  His comments suggest as much, “I very much look forward to working with Mr. Brazil and my colleagues on City Council in the months and years ahead to address the many challenges our city faces. Mr. Brazil will find me to be a hard worker, a frank interlocutor and a collaborative problem solver. I expect that he too will work hard, build a solid team, and position the City Council to navigate the many decisions before us. My sense from my limited interactions with Dirk is that we will work very well together.”

But there is a far bigger point here. Why is Robb Davis getting pounded on this by people who know absolutely nothing about what went on behind closed doors?

Robb Davis came from “nowhere” (which is really a put down of his life’s work) to finish first in the Davis City Council race. Part of the reason people were willing to take a chance on him is his integrity and sincerity and thoughtfulness.

Those readers who have been around know that Robb Davis was on our editorial board from its inception in the spring of 2012 until he announced his run for council in the fall of 2013. During that time, he contributed a number of thoughtful and thought-provoking articles and was a regular commenter.

To those who believe I am simply defending one of my own, Robb Davis earned that benefit of a doubt and that trust.

The question that I have to our readers is what has Robb Davis done in the three months that he has been on council to lose that trust? He was a forceful advocate on the issue of the MRAP, a strong advocate for affordable housing, and he pressed the developers to move away from an advisory vote on the innovation parks – among many other things.

I get that there is an inherent distrust for government that it is somehow not responsive, hiding something. On the other hand, in polling, the city council got fairly solid approval ratings – certainly far better than the state legislature or the abysmal ratings of government.

This leads me to the question: what is trust? The dictionary definition is “firm belief in the reliability, truth, ability, or strength of someone or something.”

I think that’s a strong definition, especially for this context. It is also important to remember what trust is not. Trust has to be a process rather than an outcome. I may not agree with a particular decision, but you can still trust the individual to weigh the information that they have and make the best decision that they can.

Trust is also not the same thing as blind faith, which can be defined as “belief without true understanding, perception or discrimination.” We are entrusting our government to do the right thing, we are not handing over blind faith to them.

There are situations where our government not only can, but should lose our trust. If we believe that decisions are being guided out of self-interest, out of political ambitions, or out of pressure by special interests who do not hold the best interests of the community at the forefront of their decision-making, then we ought to be skeptical.

From the standpoint of the Vanguard as a public watchdog it is always trust – but verify, question, press for transparency.

Do you believe that his biggest considerations are: personal ambition, self-interest, pressure by a special interest – or the best interests of the community?

Do I personally believe that there are people in public office today who are motivated by political ambitions and act out of pressure by special interests?  Absolutely.  Do I believe Robb Davis is one of them?  Not a chance.

At the end of the day, I don’t know if I would make the same decision that Robb Davis made, but I trust that Robb Davis acted in what he saw the best interests of the community. That’s all we can ask for from our public officials.