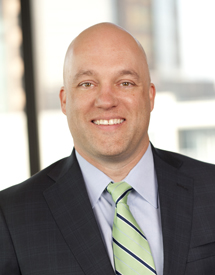 Three Republican central committees have been fined by the Fair Political Practices Commission for admitting to having laundered money during the 2010 election, according to documents released by the FPPC on Monday.

Implicated in the operations was the Yolo County Republican Central Committee and Yolo County Supervisor Matt Rexroad, acting a political consultant to one of the named parties. Supervisor Rexroad only offered to the Vanguard that he was neither a named party nor fined by the FPPC.

These donations are in violation of state laws that regulate the maximum allowable contributions and prohibitions that donations to political parties are not to be earmarked for specific candidates.

The FPPC cites, “The campaign filings of Respondent Yolo County Republican Party reported that they were the true recipients of the Johnsons’ contributions and that they had made a separate contribution to the Dunn committee.”

The respondents, who fully cooperated with the investigation, contend “there is no evidence that the Yolo County Republican Party intended to violate any provisions of the Political Reform Act or FPPC Regulations.”

In April 2011, the FPPC began an investigation of six contributions made by Charles Johnson and his wife Ann to three different county central committees, including Yolo County in 2010.

They stated that they opened the investigation for three reasons. First, they each received $34,000. Second, “soon after receiving the money, the Santa Clara and Yolo central committees appeared to keep a small cut for themselves and forwarded the rest to a committee known as Damon Dunn for Secretary of State 2010—and the Johnsons were maxed out contributors to the Dunn committee.”

In 2010, Matt Rexroad, who was elected to the Yolo County Board of Supervisors in 2006, was a partner at Meridian Pacific, which was providing campaign consulting services for Damon Dunn for Secretary of State 2010.

Mr. Rexroad’s role with the Dunn committee was as Senior Strategist or Campaign Manager. Michael Sowers was a political fundraiser for another consulting firm.

The FPPC reports that emails from October 2010 show an attempt to raise substantial sums of money for a TV buy prior to the election, and on October 4, “it appears that the partners of Pacific Fundraising Group potentially were concerned about failing with respect to fundraising.”

Despite the fact that Charles and Ann Johnson were maxed out as contributors, “emails reflect that in October 2010, Mr. Sowers was trying to raise additional funds from the Johnsons for the Dunn committee.”

Mr. Sowers and Mr. Johnson’s daughter would exchange emails and one indicated, “I know you are extremely busy, but if you have a couple minutes to talk there is another way that you and your Dad can directly help the campaign”

According to the report, the body of the email listed the name and contact information for the Santa Clara Republican party. They write, “Approximately three minutes later, Mr. Sowers replied to Mr. Rexroad’s email with a question: The max contribution to each entity is $30K correct?”

Listed at the bottom of the email are the three counties in question: Yolo, Santa Clara, and Placer.

By October 21, 2010, “Mr. Sowers emailed Mr. Rexroad. The subject of the email was: I need you to call me asap. . . . The body of the email stated: I need to get this done before noon today.” This was followed by a three-minute phone conversation between Mr. Rexroad and Mr. Sowers.

Charles Johnson wrote one check to each of the three central committees described above, and Ann Johnson did the same. Each of the six checks was in the amount of $17,000—for a combined total of $102,000 (or $34,000 for each central committee).

Karim Drissi, a representative of Mr. Rexroad’s firm, Meridian Pacific, acted as a courier, picking up the checks and delivering them to the various central committee officers.  The phone records and text messages show that Mr. Drissi and Mr. Rexroad coordinated to pick up the checks. The FPPC indicates, “During his interview, Mr. Drissi confirmed that he did in fact deliver the checks from the Johnsons to each of the three central committees.”

On October 25, Matt Rexroad “sent an email to all three Chairmen of the central committees discussed above, which contained instructions about how to wire money to the Dunn committee.”

The FPPC reports that, in Placer, the committee voted to use the money to make a contribution to Andy Pugno, a candidate for Assembly and also one of Mr. Rexroad’s clients, “but when Mr. Rexroad found out what Placer intended to do with the Johnsons’ money, Mr. Rexroad communicated with one of the officers of the central committee—and the central committee immediately refunded all of the Johnsons’ money, calling the transaction tainted.”

Both Santa Clara and Yolo County accepted the money and forwarded it to the Dunn campaign.

As the Sacramento Bee summarized the affair on Monday, “The FPPC found that Dunn’s political consultant Matt Rexroad and political fundraiser Michael Sowers played key roles in orchestrating the contributions from the Johnsons to the central committees, and then on to the Dunn campaign.