Join us on November 15, for a discussion on Prosecutorial Misconduct, featuring keynote speaker Scott Sanders. Sanders is a deputy public defender in Orange County who has been fighting a case where prosecutors attempted to cover up a jail informant program in violation of inmates’ constitutional rights (see articles: here and here).

Tickets, which also include a dinner, are $50 in advance; $55 at the door; sponsorships are available – https://secure.yourpatriot.com/ou/dpd/150/1452/eventsignup.aspx

Proceeds benefit the Vanguard Court Watch of Yolo County, a non-profit organization that researches and reports on legal issues in Yolo County – monitoring the court system for common flaws and policies that might lead to wrongful convictions or lengthy sentences that are not proportionate with the crimes committed.

The mission is to give the public a better understanding of the major causes of injustice, so that together we can build a better, fairer, more just legal system. At the dinner, the Vanguard Court Watch will acknowledge people and organizations that have made a significant change or contribution to ensuring the integrity of our justice system and the greater cause of social justice.

Scott Sanders graduated from University of Wisconsin and Emory University Law School.  He has been an attorney with the Orange County Public Defender’s Office for twenty-one years, and currently serves as an Assistant Public Defender.   Sanders is currently preparing for trial in two capital cases.  In one of the cases, People v. Dekraai, eight people were killed in a hair salon located in Seal Beach.

In January of 2014, the defense filed a motion, accompanied by 15,000 pages in exhibits, alleging misconduct both in People v. Dekraai and in multiple other serious cases.  The motion also detailed the prosecution’s improper use of an informant in the case, and the government’s use of a jail informant program that repeatedly concealed its intentional violations of the Sixth Amendment.   The trial court permitted four months of hearings in which numerous prosecutors and members of law enforcement testified. During the hearings, the District Attorney’s Office admitted that discovery was withheld in a number of cases.  The DA recently agreed to vacate a special circumstances murder conviction because of discovery violations detailed in the motion.

In August of this year, the trial court denied the motion to dismiss the death penalty and a motion to recuse the Orange County District Attorney’s Office.  However, the court stated that “many of the witnesses who testified during the course of this hearing were credibility challenged. These witnesses include current and former prosecutors, as well as current and former sworn peace officers. Some perhaps suffered from “failure of recollection. Others undoubtedly lied.”  The court found that “serious” misconduct by the prosecution team warranted exclusion of the statements made to the informant for all purposes.  See article: The Pernicious Specter of Prosecutorial Misconduct 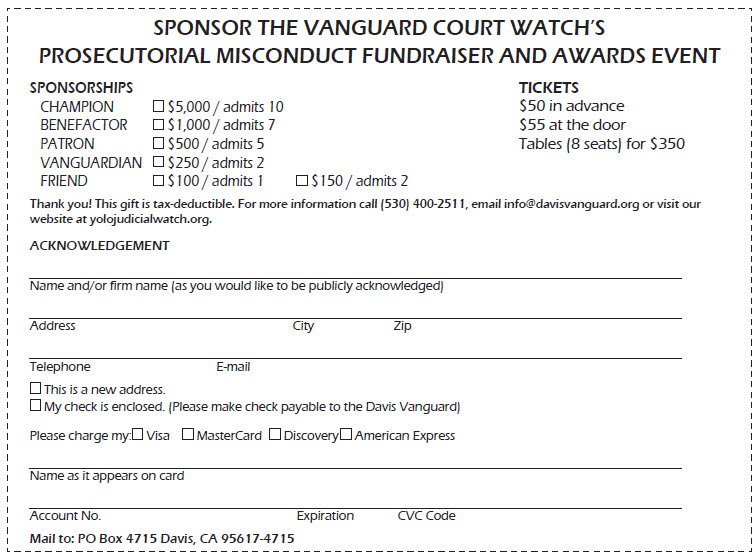