The second Jumpstart Davis event drew two more speakers to talk about their experiences,  as the organizers continued one of their key goals, to have a monthly mixer. Prior to the event, the Vanguard profiled both Bob Fung from Voterprep and Kyle Cobb from Greenbotics.

Bob Fung said, “I believe Davis has the ingredients, has a vibrant start up environment.” He called Voterprep a “think globally, act locally company.”

He said he and his startup partner had some discussions and came to the conclusion that “technology is really changing the world quickly.” He said, that while technology has accelerated the pace of change in the world, it also creates huge benefits and side-effects. “In order to address these side-effects of we felt that some technology needed to be put into place in order to help collective problem solving.”

He argued that in the voting system, we suffer from these disconnects. Using an analogy from “A Christmas Carol,” he noted that one lesson was that “ignorance was doom.”

As they were developing their prototype, they approached Stanford Professor Larry Diamond for “expert feedback.” Professor Diamond is one of the foremost experts on democracy. He said about Voterprep, “The internet and mobile devices have the potential to greatly improve democratic processes in the US and around the world. By connecting voters directly with candidates on important issues through a nonpartisan platform, Voterprep could play a significant role in realizing this potential in the 21st century.”

They ran their program locally in both the 2014 Davis City Council election and the School Board election.

Mayor Pro Tem Robb Davis said of Voterprep, “I think the concept is good and I especially appreciate the work you did to provide video clips to allow people a quick way to hear the candidates talk about the issues. I think any information coming directly from the candidates is useful and strongly affirm the value of the approach you used. I also appreciate that it actually drew upon things the candidates had said or written elsewhere. It could become an excellent “one stop shop” for the voter.”

There are two ways to do that. The simplest does not require any sort of log in, one simply interacts with the site. There is a more sophisticated interaction, where one logs in, enabling one to take notes, sign up for elections, and make comments.

From the candidates’ perspective – they sign up with the moderator and they are then allowed to present their viewpoints. Ideally, Bob Fung told the Vanguard prior to the event, “What we would like to put forward is for the candidate to author the viewpoint themselves either in video or in text and to place it there themselves. We are able to with the consent of the candidate, to take their viewpoints from publicly available material.”

There are two basic functions of Voterprep. One is to provide information freely, quickly and accurately. The other is to aid the voters in their decision process through taking notes, weighing pros and cons and recording their decisions, among other things.

He said that this function will be widespread soon. He said their own goal is modest. They don’t have to be the Facebook of voter information, they could be the “MySpace.” He said, “We just want to make a positive contribution, put some ideas out there, if they get taken up by someone else, great, no problem.”

Kyle Cobb said his goal was to speak about three topics that were close to his heart, “me, robots, and beer.” He said he would tie these back to an important theme, “The importance of building relationships, particularly at events like this.”

Greenbotics he said, was founded on the proposition “that we’re building the world’s biggest solar energy plants out in the desert, it’s where the sun is strongest, it’s also where we see the most months without rain every year, as a result of that you see really heavy soiling, which to me is a lot of energy that otherwise could have been captured.” 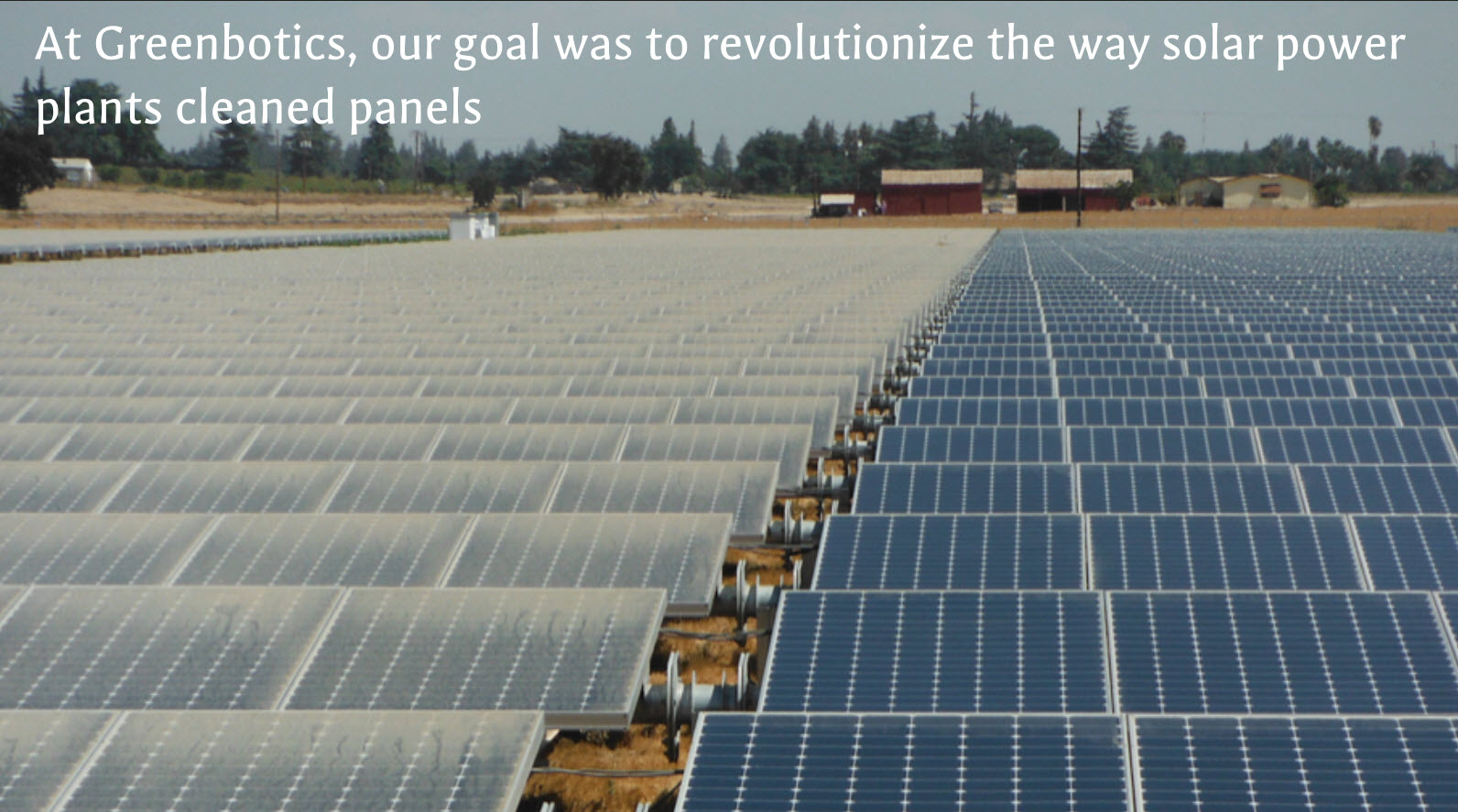 “We identified the need for an automated to clean at scale,” he said. “What we developed was a robotic solar planning cleaning solution. We make these here in Davis, California.” 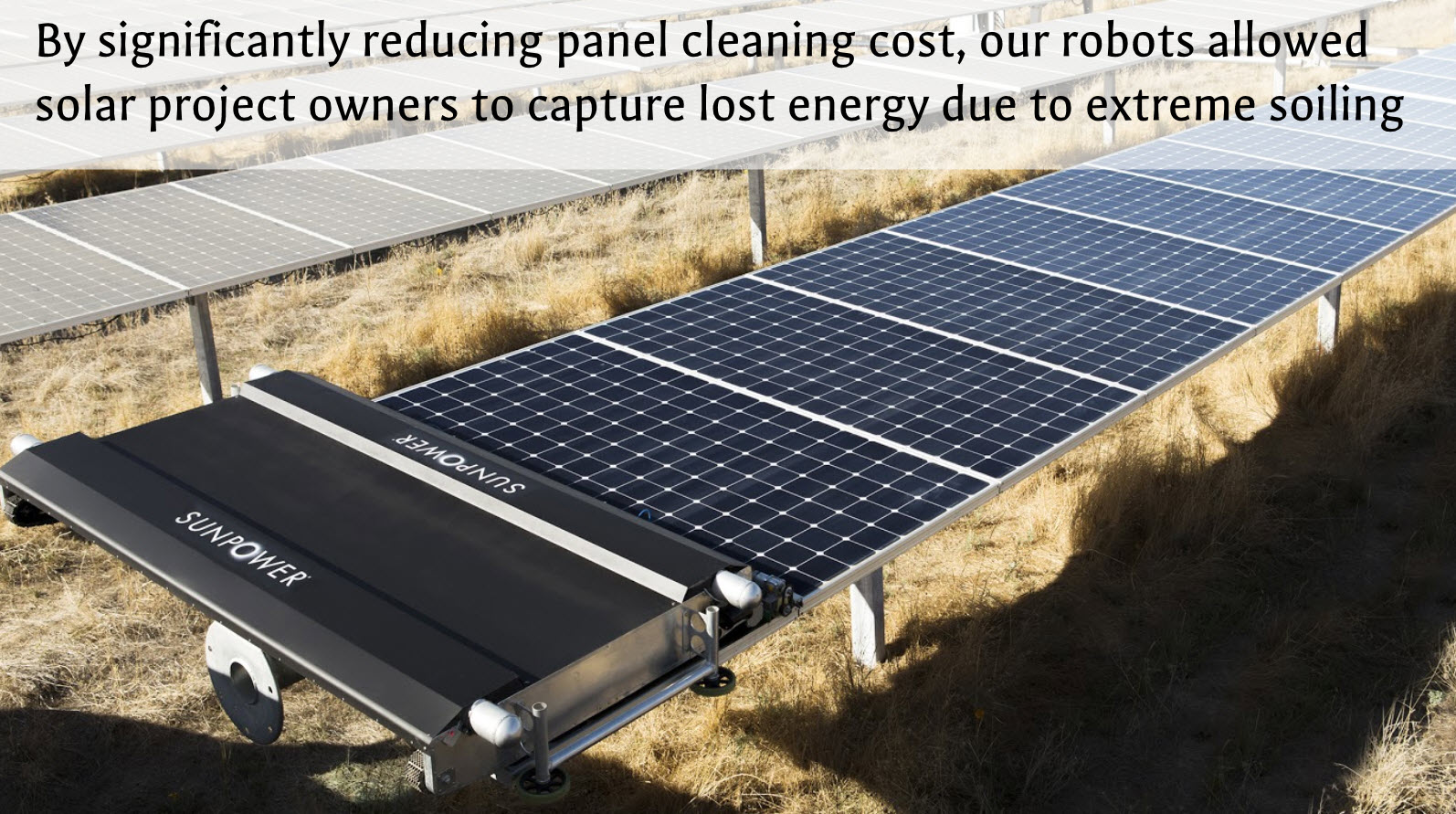 He said that they found a great partner to acquire them – SunPower. SunPower is a global, diversified, solar energy company based in San Jose, now with an office in Davis.

The story begins about 15 years ago with his friend Mark Grossman. 10 to 15 years later, “Mark was in the solar industry and he identified this need.” He said that while Mark had always come up with crazy ideas, he “knew this one was real” as they had a whole team excited about it. “There was a lot of people behind our business,” he said.

He noted a number of key contacts along the way, stating, “In a lot of cases these were relationships that built up over the years. But in other cases, these were contacts that started at events like this over a simple beer.”

Mr. Cobb said, “I want to emphasize the importance of what we’re doing here.”

His advice to others is first to “put yourself out there.” Second, “People want to help. We got help in places we didn’t expect it. People get really excited about startups.” Finally, “just have some fun.”

At the last event, Bill Habicht, one of the organizers, told the Vanguard, “[The purpose] is to draw together innovative minds, startups, just have them meet each other to create new things.”

“Michael Bisch and I were talking about the Innovation Park/Innovation Center that were being discussed and kind of saw that there was this middle ground that wasn’t being addressed yet which is the innovation ecosystem. It’s more of a cultural piece, so we’re trying to help develop the innovation culture,” he explained.

Daniel Parrella, another organizer, said that he and Michael Bisch “both had a desire to build the startup community. Michael was the one who recommended startup communities to me. One thing we noticed that all startup communities had in common was a monthly networking event that showcases startup companies. We decided to launch Jumpstart Davis with the help of a bunch of people who helped organized.”

Michael Bisch and Bill Habicht and other organizers are hoping this will become a monthly happening in Davis and they are moving forward on the co-working space as well creating that $1 million startup fund.

Mr. Habicht said, “Right now we’re kind of open to ideas. We’re looking to crowdsource the ideas from the community to see where this is going.” He said he sees it as “a grassroots venture. One of the things is the $1 million startup fund that we’re hoping to raise. The co-working space that’s already in development and then events like this where people can get together and learn from one another.”

If everyone who reads this post could pledge just $10 per month, we would meet all financial goals for 2015 and the Vanguard would be fully fiscally viable
DONATE NOW
Share:
Tags:Bob FungEconomic DevelopmentGreenboticsJump Start DavisKyle CobbStartupsVoterprep
Previous : California Needs to Pass Law on Exculpatory Evidence
Next : Vanguard Commentary: The City At Crossroads