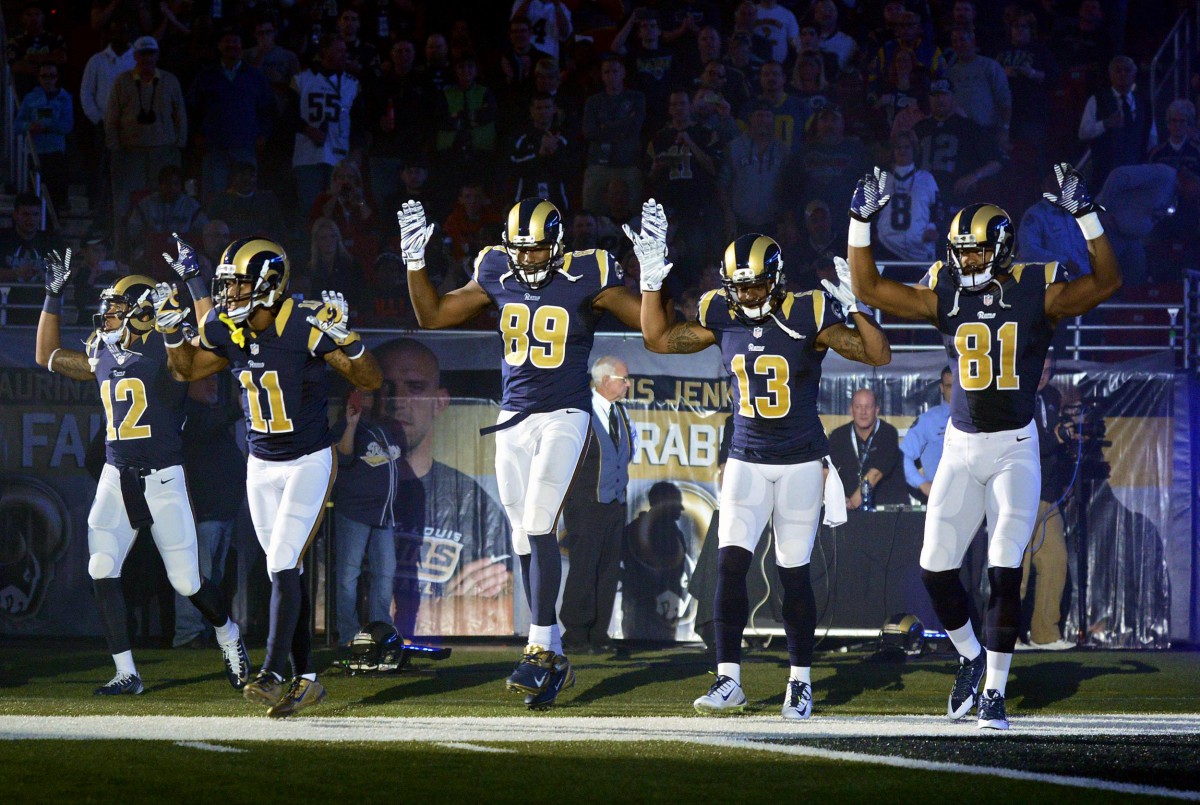 Back in 2011, the Occupy Movement seemed to arise in response to the Tea Party Movement. Across the nation, thousands of young students and radicals protested a wide range of grievances, from the greed of Wall Street to the privatization of the University of California.

In a way I could not really relate to these protesters who almost seemed to be rebels without a cause, or perhaps rebels who were trying to invent a cause. Luckily for them (or at least most of them), the police gave them a cause as they began to overreact to the perceived threat and cracked down on the protests with heavy-handed force.

Nowhere was that more evident than at UC Davis, where a small number of students and recent graduates had encamped on the Quad only to have the university and police attempt to clear the Quad and, when that did not work, seated protesters were ultimately bathed in pepper spray, to the horror of an entire community.

The protesters had their cause – the heavy-handedness of the police and administration in dealing with something that should have been viewed as the cost of doing business at a university.

In contrast to the Occupy Movement, the wave of protests in the face of police bias is reacting to a very real problem. The demonstrations have once again exposed the divide in this country that has really existed in every protest movement. The Civil Rights protesters were both heroes and outside agitators. The Vietnam War protesters were seen as disloyal and dirty hippies by some.

Still, the extent of the divide is fascinating. You have the conservative sports culture and athletes from urban areas who see a clash of culture. And so you see the reaction against the St. Louis Rams players who gave a small tribute to Michael Brown, and the wave of basketball players honoring Michael Brown and Eric Garner.

In other sectors you see Capitol staffers who walk out in Washington in support of Michael Brown and Eric Garner.

Finding the meaning of it all is a more difficult undertaking.

New York Times contributing op-ed writer Mark Bittman wants to tie it all together. He writes this morning, “THE police killing unarmed civilians. Horrifying income inequality. Rotting infrastructure and an unsafe ‘safety net.’ An inability to respond to climate, public health and environmental threats. A food system that causes disease. An occasionally dysfunctional and even cruel government. A sizable segment of the population excluded from work and subject to near-random incarceration.

“You get it: This is the United States, which, with the incoming Congress, might actually get worse.”

He adds, “This in part explains why we’re seeing spontaneous protests nationwide, protests that, in their scale, racial diversity, anger and largely nonviolent nature, are unusual if not unique. I was in four cities recently — New York, Washington, Berkeley and Oakland — and there were actions every night in each of them. Meanwhile, workers walked off the job in 190 cities on Dec. 4.”

He argues, “The root of the anger is inequality, about which statistics are mind-boggling: From 2009 to 2012 (that’s the most recent data), some 95 percent of new income has gone to the top 1 percent; the Walton family (owners of Walmart) have as much wealth as the bottom 42 percent of the country’s people combined; and “income mobility” now describes how the rich get richer while the poor … actually get poorer.”

We are back to the 1% argument.

On the other hand, Ben Boychuk writes in the Bee this weekend that focusing on racist cops misses the biggest picture. He argues, “If you think the system is inherently racist, you aren’t paying attention. Americans distrust government institutions writ large, and the police are not exempt.”

He notes, “In a Pew Research Center poll published this week, 57 percent of respondents said they thought NYPD Officer Daniel Pantaleo should have faced manslaughter charges in Garner’s death. Another Pew poll released two weeks after Brown’s death in August found that Americans distrust and largely disapprove of the way police use force, hold misbehaving officers accountable and deal with racial minorities. Not surprisingly, a large majority of blacks distrust the police more than whites.”

At the same time, he notes that our attitudes are a bit contradictory. Much as people like their own schools but believe public schools are terrible, and much as we hate politicians, but vote for our guy, “The cops in Ferguson are obviously racists, but police in our city are generally unbiased.” So while people are concerned about the police, they like their local police.

From a conservative standpoint, he argues, “What’s missing here is a serious discussion – as opposed to street sloganeering – about the limits of police power. For conservatives, this is a challenge. Law and order are crucial elements of a free society. We are ‘a government of laws, and not of men,’ as John Adams declared.”

He contends, “But in the 21st century, we are a government of too many laws and too many bureaucrats.”

Instead, he argues, “We don’t need a police state, and we don’t need an administrative state. We need a strictly limited state. That’s a goal that should unite Americans left and right.”

On Friday, we had a discussion on the racial gap in suspension policies. The question that was immediately raised by our readers is how it was possible that a bunch of liberal Davis educators could be so racist. The answer, I posited, was the notion of the unconscious. After introducing the concept, it was clear I needed to do more research myself because the discussion was not helpful — because people at the core didn’t understand the concept.

I am reminded a bit of the exchange in the movie “A Time To Kill,” where Samuel L. Jackson’s character, accused of murder, explains to his idealistic young white attorney that “you think just like them.” He said, “You’re one of them… When you look at me, you don’t see a man, you see a black man.”

One of the points is that, even with his attorney attempting to free himself of prejudice and fighting for justice, he still suffered from stereotypes.

Caryl Rivers in an LA Times op-ed this morning discusses “confirmation bias” as a way to understand an “internalized fear of black males” which leads to an assumption “that they are up to no good.”

She defines confirmation bias as “the tendency to interpret or remember information in a way that confirms what we already believe, and helps us to ignore new data.” She explains, “It may explain the tension between white cops and black kids — and the public reaction to them — more than outright racism does.”

According to ProPublica, “Young black males in recent years were at 21 times greater risk of being shot dead by police than their white counterparts.” It found that in “1,217 deadly police shootings from 2010 to 2012, blacks, age 15 to 19, were killed at a rate of 31.17 per million,” compared with 1.47 per million white males in that age range.

Ms. Rivers writes, “In Ferguson, Mo., the white officer who fatally shot Michael Brown, an unarmed black 18-year-old, described Brown as demon-like. Would he have used such a word if the teenager had been white?

“Confirmation bias undoubtedly helped the defense in the 2013 trial in the death of Trayvon Martin. Lawyers successfully ‘thuggized’ the black teenager, who was walking home carrying candy and a bottle of tea when he was shot by a white neighborhood watch member. Martin had no criminal record, but the defense dug up some minor problems he had in school and made an animated video showing him attacking the white man who shot him. There was no actual evidence that the unarmed teenager started the fight. But jurors clearly bought that narrative.”

Finally, we discussed the possibility of police cameras as the antidote to these interactions. Police cameras are enticing, in part, because they allow both sides comfort. Police advocates can see cameras as a way to exonerate innocent police who have been falsely accused of misconduct. Activists see them as a way to hold the police accountable.

The ACLU is willing to support them as long as there are stipulations to protect privacy and due process rights.

However, Jennifer Dawn Carlson argues in an LA Times op-ed today that body cameras are not the cure for policing. She points out that the video was not enough to convict police who beat Rodney King – although that is debatable, given the civil and federal trials. Moreover, she argued, police already have dash cams, which she says are used at their discretion.

Although again, many departments put recording apparatus tied to siren activation which are then remotely stored, so the officer cannot alter the recording.

Ms. Carlson argues, “As the grand jury decision suggests, surveillance is not the same as transparency, and cameras alone cannot fix the twin problems of police accountability and the legitimate use of force.

“Cameras are not unbiased observers. Often, they are like witnesses whose hazy memories rarely have the power to subvert powerful narratives that reflect mainstream beliefs about police and criminality. In the court of public opinion, videos may contribute to questioning of the legitimacy of police actions. In the court of law, however, such videos are often alibis, not game-changers.”

Research that dates back to the 1980s finds, “Where video is ambiguous (which is more common than often assumed), the best scholarship suggests that it will buttress police accounts rather than undercut them.”

She argues instead, “Outfitting law enforcement with body cameras may also backfire on those it’s meant to protect: people in poor communities, people of color, people in high-crime areas. Privacy may well be a thing of the past, but the erosion of privacy is not distributed equally across society.”

While she argues that the police disproportionately stop and frisk racial minorities, particularly men, “body cameras would also expand police databases, linking police reports, fingerprints and DNA to video that disproportionately features people of color. When police say that they don’t racially profile but stop people ‘based on experience,’ they will now have at their disposal thousands, if not millions, of hours of video to release — probably still at their discretion — to demonstrate their claims with the ‘truth’ of audiovisual evidence.”

She adds, “The availability of police video may well provide an opening for increased regulation of private civilians’ ability to record and disseminate videos of police actions, a long-contentious issue for law enforcement. Why should civilians record police when police can do it themselves? Illinois just days ago moved to make it a felony to record a police officer, even as many officers there have embraced the idea of body cameras for themselves in recent years.”

She concludes, “The conversation must also include broader reforms that seek to enhance community-police relations that create direct ties of accountability between officers and the people they police, involve community members in oversight and disentangle the military mindset from public law enforcement. And as we debate these solutions, we should consider how they might harm as well as help poor communities of color that are already the targets of intense police surveillance.

“There are no quick fixes. For now, we already have the cameras best positioned to enhance police accountability: those in the hands of bystanders such as Ramsey Orta. If they alone aren’t sufficient, how can we expect police body cameras to do better?”

Share:
Tags:Confirmation BiasEric GarnerFergusonMichael BrownOfficer Involved ShootingsPoliceRaceRacial Bias
Previous : Sunday Commentary: Assessing The Case For Housing at the Innovation Parks
Next : Eye on the Courts: Marsh Gets 52 to Life, But Not Really

52 thoughts on “Sunday Commentary II: Why the Police Killings in Ferguson and Staten Island Have Spawned A Movement”