Several weeks ago David asked me whether I would be willing to write a regular (monthly) article for the Vanguard. Though I quickly agreed, afterward I realized I was unsure about what issues I could discuss that would be most valuable to Vanguard readers.

After some reflection I decided to try to use this space to provide a broader view of the work of City Council members that extends beyond what is readily apparent from the most visible issues and stories. The Vanguard and The Enterprise (and, less frequently, The Sacramento Bee) provide a valuable service to the community, but they report on a relatively narrow range of issues that come before the Council. That is not to say the issues upon which they focus are not important—for they certainly are.

However, a variety of public processes permit a vetting, discussion and analysis of issues of importance to the Davis community. Indeed, many issues that find their way to the City Council begin in other forums in which public input is invited and used to refine and bring them to a point at which Council can act on them. Not all these processes are as “visible” as what occurs on Tuesday evenings in Community Chambers.

When I started my term on the Council last July I was aware that I would be called upon to act as a liaison to a variety of city commissions and represent the city on regional boards. And while I have very much enjoyed this role, I was not prepared for the breadth of issues I would be asked to deal with in these venues, nor was I cognizant of the decision making power I would have in them.

I would, therefore, like to use this regular column to share some of the issues before these entities, discuss the implications for Davis, and invite questions about them. The articles will include the following:

In addition, I would like to use certain articles to highlight key decisions made by the City Council that may have slipped by unnoticed. Typically these are issues that appear on the Council’s “Consent Calendar”. Such items may be as critical as any on the regular agenda but because they are considered “routine and non- controversial, require no discussion and are expected to have unanimous Council support” they may not receive the attention they deserve.

I look forward to sharing my learning about these things with Vanguard readers and am open to suggestions about items that you might be interested in having me cover. 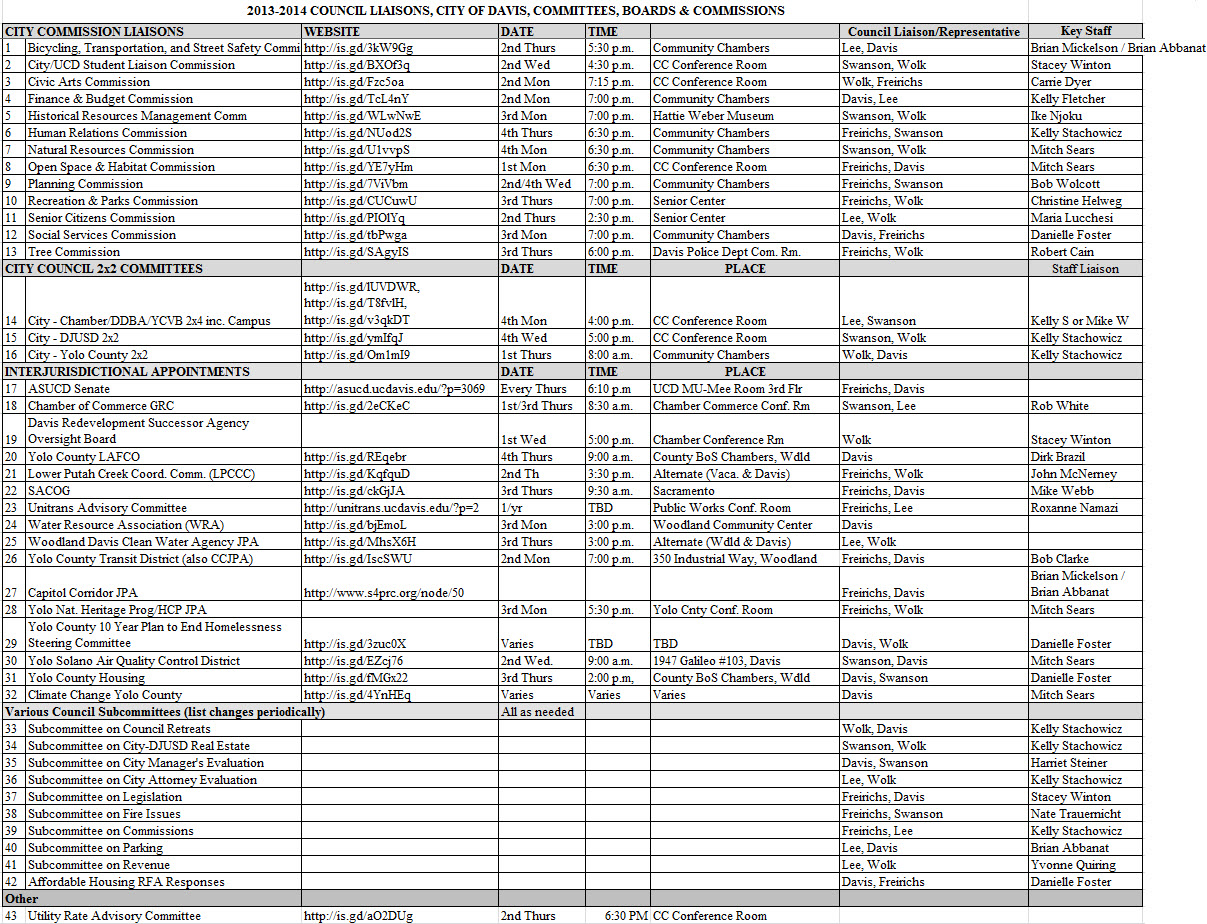 In an upcoming column I would like to focus on the work of the Water Resources Association in light of recently passed legislation mandating sustainable groundwater management practices in California. Lucas and I will also be authoring an article on the Capitol Corridor and our work on the JPA Board—to which Lucas was recently elected Vice-Chair.

I am open to suggestions from readers about what I might cover in other upcoming articles.

11 thoughts on “Beyond the Dais: Insights into Local and Regional Governance”