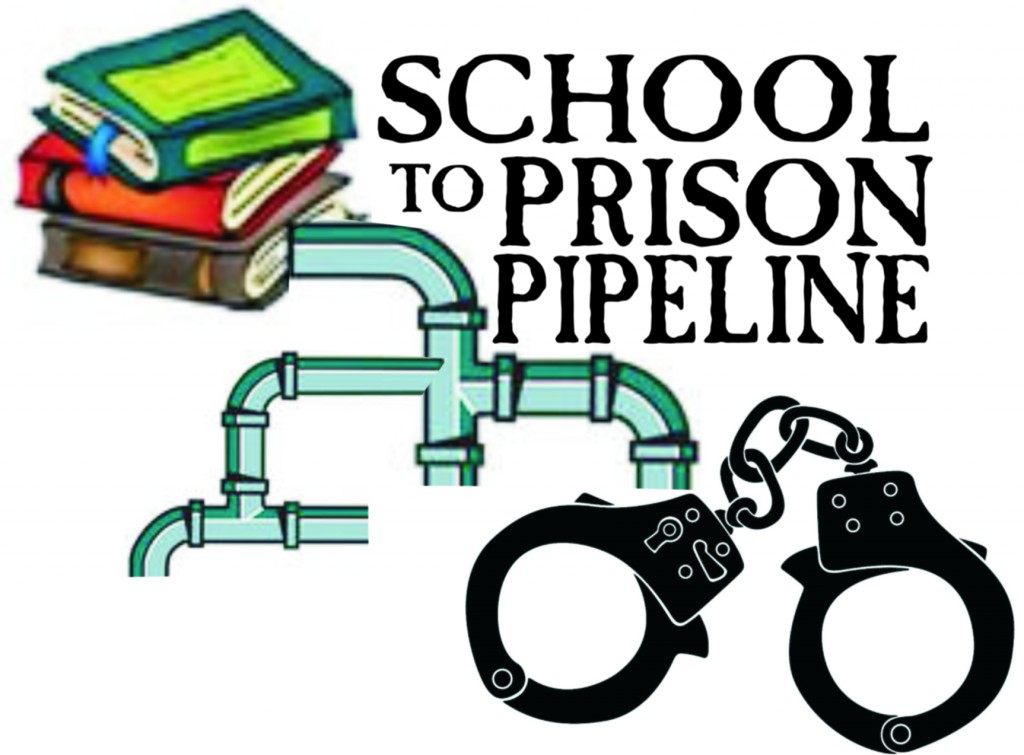 Earlier this week, Gloria Romero, a former majority leader in the California Senate and director of the California Center for Parent Empowerment, and RiShawn Biddle, editor of Dropout Nation, described as an “online outlet of education reform” put out the provocative idea in a Sacramento Bee op-ed that California can end the school-to-prison pipeline with more choice.

They write, “Too many policymakers have failed to draw the incontrovertible link education plays in fostering the school-to-prison and welfare pipeline. The United States spends $228 billion on criminal justice because we badly spend $595 billion on our abysmal schools. In California, 70 percent of prison inmates do not have a high school diploma.”

They argue there is a need to alter the discussion in order to direct address how both public education and the criminal justice system impact poor and minority youths.

“Too many traditional public schools funnel too many children into our criminal justice system, accounting for 3 of every 10 cases referred to juvenile courts in 2011 – the second-highest source of referrals after law enforcement,” they write. “Yet juvenile court judges are ill-equipped to deal with matters that should be handled by schools.”

They cite a 2006 Stanford study that found that “a third-grader who is functionally illiterate is more likely to engage in behaviors leading to suspension and expulsion.”

Moreover, the average inmate scores about 18 to 22 points lower on literacy tests than the average non-incarcerated adult. And further, “According to national data, 74 percent of high school seniors are not proficient in math and 62 percent not proficient in reading. The result is staggering: 42 percent of students at two-year colleges and 39 percent at four-year colleges take remedial courses to learn what they didn’t in high school.”

“For school reformers, we must speak out on the injustices that curtail our children surviving into adulthood,” they write. “Alongside our advocacy for expanding choice, we must also support reforming laws on police use of deadly force, eyewitness testimony and prison conditions.”

However, they argue that those who wish to reform the criminal justice system “should picket failing schools, protesting their failure to educate poor and minority kids who are the most vulnerable to being fast-tracked to prison.”

“Reformers should support providing parents with real choices to escape failing schools,” they continue. “Undoubtedly, school choice options are on the rise and public support for educational opportunity continues to increase.”

In conclusion they argue: “Today, a monolithic education delivery system is being shaken, giving parents more choices to meet their children’s schooling needs. Twenty-four states offer parents state-funded opportunity scholarships, refundable tax credits, education savings accounts or corporate-funded scholarships for private schools. School and criminal justice reformers should unite to address prisons and schools as flip sides of the same coin. Our children desperately need an overhaul of both. Until then, none of us can breathe.”

While undoubtedly there are many that will disagree with Ms. Romero and Mr. Biddle, there are a few key points to keep in mind. First, while many of the criticisms of school establishment have come from the right, as we saw last fall in the State Superintendent of Public Instruction race, there is an emerging split in the left on educational issues.

While Tom Torlakson was able to defeat Marshall Tuck narrowly in a tightly fought contest, 53-47, the race drew attention for the massive $20 million in outside spending.

But more interestingly, pre-election polling showed that while Mr. Tuck, a Democrat, had backing from Republicans and conservatives, he also held a lead among non-white groups that are traditional Democratic strongholds, including a 33-20 percent lead among Latinos.

The criticism here that Ms. Romero and Mr. Biddle present is unquestionably coming from the left – citing educational issues and concerns about police misconduct and mass incarceration.

Many will undoubtedly disagree with the proposed solution – more school choice, but this is clearly a discussion that is long overdue.

81 thoughts on “Can School Choice Really Impact the School to Prison Pipeline?”