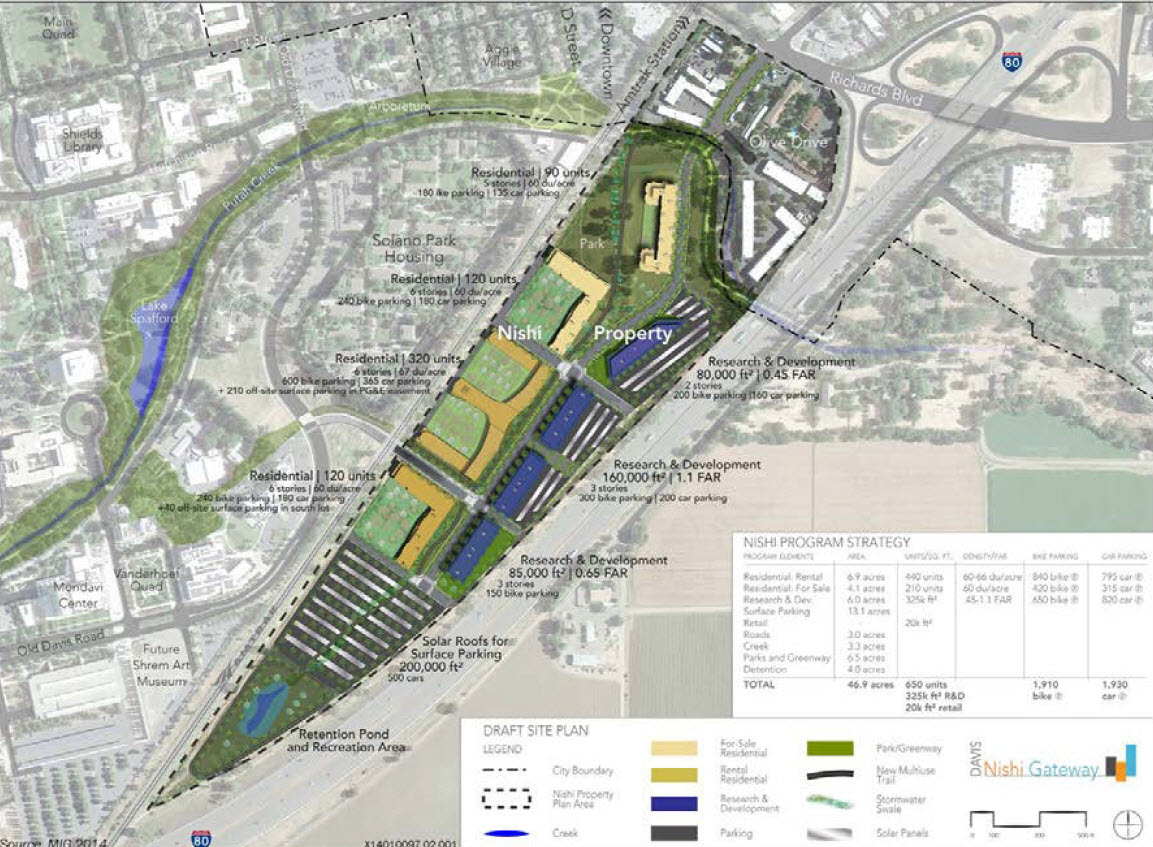 Councilmember Lee noted that this project has been around for a while and there has already been substantial amounts of public outreach on it.  He said, “I’m a little concerned about this idea that three projects will be simultaneously on the ballot.”

“I would like to see this have its own separate spot on the ballot,” he continued.  Councilmember Lee noted that the project came to council a full year before the other two innovation park proposals, and “I’d like to give it the opportunity to go first.”

Brett Lee acknowledged that there have been some comments that it may not be ready to go.  “If they’re not ready to go then they go to the back of the line,” he said.  “I don’t believe that a delay in their ability to do their project forward should impact the other proposals that we have.”

He added, “I think it should be a separate question to the voters assuming that the project is approved and the EIR.  But at this stage, I think it would be reasonable to plan to have it separate from the other proposals.”

Councilmember Lee reiterated that if they are not ready they go to the back of the line stating that he didn’t want to hold up the other proposals if Nishi was not ready to go.

“I think this idea that we have this massive, multi-project, free-for-all on the ballot,” he said,  “I think that does our community disservice.”

Brett Lee would clarify that he was not advocating on behalf of this project or against it, but rather staking this out from a process standpoint. “I’ll be frank, I think it would be a mess having three very large scale projects before the voters all at once.”  In fairness to all, he said, it would be better for all them – it would be more fair to allow the voters to decide without having all the projects jumbled together.

Councilmember Lee would a few minutes later put the question to his colleagues.

Mayor Pro Tem Robb Davis stated, “I definitely share Brett (Lee’s) concern about that.  It’s unknown to me at this point the realities that each one is going to face is going to lead some to slow the process down or not.  I don’t know yet.”

“But I do agree – and the sooner we can have conversation about how we make it work, the better,” he said.  “I’m extremely anxious about that.”

Mayor Pro Tem Davis expressed concern about how in a “meaningful way” we would bring three proposals to the ballot at the same time.  “These significant land use proposals, they’re Measure R,” he said.

City Attorney Harriet Steiner warned the council that, while this was an important issue, all that was before them on this evening was the Nishi project. From a Brown Act standpoint, they would need to bring the item back to have further discussion on the three projects and timing.

Mayor Pro Tem Davis acknowledged this, stating this was really about signaling concerns.  He reiterated, “I think it’s problematic and I don’t think it honors the community process to do it that way.”

Community Development Director Mike Webb suggested that there was a whole host of issues that the council subcommittee (Rochelle Swanson and Robb Davis) might want to discuss, issues ranging from tax sharing, county negotiations, and other issues of that sort which are all “a process that is going to be common to all three of the proposals.” Therefore, he said, “from a staff standpoint, I think there could be some real advantage to having the participation of the council subcommittee as we work through those processes.”

“While we’re talking about Nishi tonight, they’re all going to be interrelated and intertwined in many ways,” Mr. Webb stated, saying that those commonalities exist irrespective of the timing.

Mayor Dan Wolk, however, believed that the need to discuss timing was premature.

“I think it’s premature at this point to discuss what we want to do in terms of what goes on the ballot,” the Mayor said.  “I think we need to let this process play out a little bit more.  See what these studies produce, see what happens to these projects as they move down the pipeline.  Then I think it’s important to have this discussion.”

“I do think that we have three strong proposals right now,” he said.  “It’s important to let the process play out a little bit.”

He understood the desire on the part of some councilmembers to make a decision soon, but “at least for me personally, I don’t feel like I have the requisite information at this point to make that decision.  I get the concern about putting all three on the ballot, don’t get me wrong, but I think we need to be very reasonable on that.”

But Mayor Pro Tem Robb Davis pushed back.  “I agree that we don’t have the information,” he said.  “I think what we’re signaling is a real concern that the way these are lined up time wise, just the timelines, they’re pointing toward March 2016 – at this point they’re all pointing like an arrow and I find that daunting.”

He did say that he is not ready to make a decision on that next week.  “That’s not the point, the point is that we need to state that that’s troubling.  That poses problems.  If that arrow keeps pointing in that direction, it’s kind of insane…  There’s something that’s going to have to give.”

Staff and the CEQA consultant are proposing the following CEQA alternatives:

The current schedule sees the public review of the scope of the EIR in February 2015. The draft EIR would be issued for public review in July, along with the draft sustainability plans. Staff writes, “This will allow Planning Commission and City Council the capability of holding public hearings and making a decision by the end of the calendar year, thereby allowing the possibility of a Measure R election as soon as March of 2016.”