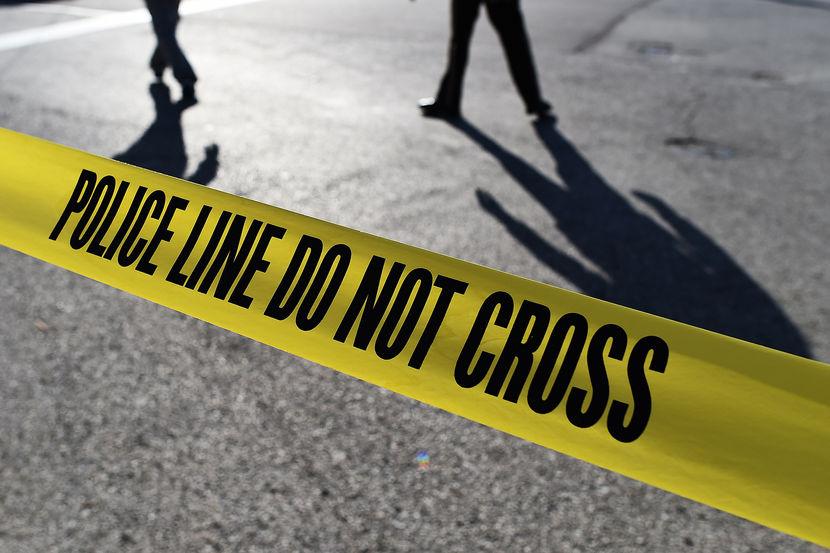 In the late night hours of January 22, 2014, in the parking lot of the Dutch Bros. coffee kiosk located at the corner of Richards Blvd. and Olive Drive in Davis, police described how “a mother presented her one-year-old child to an AMR ambulance crew for treatment. The patient was unresponsive and appeared seriously injured. He was transported to the UCD Medical Center for emergency care.”

Two and a half days later, the child victim succumbed to his injuries and passed away at the UC Davis Medical Center in Sacramento. Police quickly identified then 21-year-old Darnell Dorsey, living in Sacramento at the time, for child endangerment. He would be booked into the Yolo County jail and, when the victim died, it became a homicide case.

Just over two years earlier, on November 30, 2011, the same Darnell Dorsey, along with Matthew Spiller, pled no contest to a Penal Code §245(a)(1) in Yolo County – assault by means likely to produce great bodily injury, a felony that would be reduced in the plea agreement to a misdemeanor per Penal Code §17(b).

Both defendants were ordered to pay restitution and Mr. Dorsey was given credit for 30 days’ time served and was placed on three years’ probation. After talking with the victim’s mother in that case, and reviewing the full record, the Vanguard wonders how it is possible that what would appear to have been a brutal beating could be pled down to a misdemeanor, and whether a dangerous criminal could have been taken off the streets and the life a young child saved, had authorities taken the 2011 matter more seriously.

On May 23, 2011, the victim’s mother said that her son, whom we will call “Michael,” called her sobbing uncontrollably. He told her that she needed to come now to his Davis apartment. When her husband arrived, he found Michael outside of the apartment with Darnell Dorsey holding the gate open and Matthew Spiller pacing. The two boys were roommates with this boy.

Michael was in bad shape. He was taken to Sutter Davis Hospital with an orbital fracture, bleeding on the brain and bottle eyes. He was then transported to the trauma center in Roseville.

At first, Michael gave a false account of the incident, claiming it had occurred on a greenbelt behind Mace and Cowell Blvd. He refused to give a number but described the suspect as an Hispanic male, 19 to 20 years old.

Officer Mike Munoz writes, “I went out to the nurses’ station to get a release of information form. When I returned Michael told me he hadn’t been completely honest with me.” He said that he knew his attacker, but did not want to provide the name.

Officer Munoz described the injuries as “multiple injuries to his head, shoulders and arms.” He said his “face was severely swollen, red and bruised.” He said “ears were red and swollen and he had blood coming from them.”

Finally, four days later on May 27, Michael and his stepfather told Detective Ron Trn of the Davis Police Department the full story. Matt Spiller charged him and knocked him off his feet, Darnell heard the commotion, he came down and got involved. One of the attackers physically held him while the other punched.

He estimated he was punched 10-15 times with both closed fists to the back portion of his head. He did not lose consciousness, but “curled up and used his hands to try and protect himself while (Darnell) was punching him as he was on the ground. The assault lasted approximately 20 seconds.”

While he was on the ground, “(Darnell) produced an empty glass 40 oz. bottle of beer in one of his hands,” for several moments he threatened to strike the victim and he eventually “struck him one time on the back of the head.” Michael told Detective Trn, “He only hit me from about a foot away and it was more of a pushing down motion with the bottle rather than a swing.” He said it was “not as hard as he could have hit him, but he felt the impact. He was not knocked unconscious from being hit by the bottle.”

When Darnell Dorsey and Michael Spiller talked to the police, they claimed that Michael had sexually assaulted a female friend.

According to the Michael’s mother, “Susie” came over the night before. She had just turned 18, a senior in high school and a friend of Michael’s since the 7th grade. She arrived around 11:30 pm, intoxicated and wanting to party and have sex, but was turned down.

They went to sleep, and woke up in the morning.

According to Mr. Spiller and Mr. Dorsey, Michael came home at around 11 am and they confronted him regarding allegations that he had sexually assaulted “Susie.”

They asked, “What’s up? Did you rape her?” He answered, “No.” They replied, “Of course you did.” Michael responded, “I just fingered her” and that “he was innocent and he did not rape her.” They said, “She was in your room all night.” They said, “It’s obvious you grabbed her and forced her down.”

“Susie” spoke to Detective Trn as well, and said that she had arrived at the house at nearly midnight and had a lot of alcohol to drink prior to arriving. She drank half a bottle of Jaegermeister after arriving, but “said she did not remember anything else.” The detective said, “She remembers smoking a cigarette outside,” and she was told she threw up in the bathroom.

Following the investigation, Deputy DA Serafin signed an affidavit to issue an arrest warrant on July 12, 2011.

Why was the Case Settled?

While the DA’s office would not speak to the Vanguard regarding this case, communications between Michael’s family and the District Attorney’s office provide us with some clues. The official explanation was that the DA was forced to settle case due to the fact that Michael refused to testify in a preliminary hearing – this is disputed by Michael’s mother.

A letter dated October 10 from the victim’s mother to Deputy DA Robert Trudgen, Supervising DA Michael Cabral, and Victim’s Advocate Linda McCumber calls attention to concerns “regarding (Michael’s) health and his ability to testify for the preliminary hearing currently scheduled for November 4th, 2011.”

She wrote, “Currently Michael suffers with post-concussive symptoms as a result of a brain injury (hemorrhagic contusion or ‘brain bleed’). We are concerned for his physical, cognitive and emotional health. To require him to participate actively as the victim/witness during the preliminary hearing could further affect his physical and emotional recovery.”

She asked, “Without Michael testifying, do you think that there is enough evidence overall (i.e. Davis P.D. findings, medical findings, psychological findings, photographs etc.) for this case to get past the preliminary hearing stage?”

She added, “It is our understanding that Mr. Trudgen would like for Michael to testify at the preliminary hearing stage as the victim/witness. However, our family and Michael Moore request that Michael not participate in the preliminary hearing as the witness/victim to relive and see Darnell Dorsey and Matthew Spiller for the first time since the violent assault which occurred on May 23rd, 2011.”

There is also the issue of whether Michael needed an attorney. Michael Cabral wrote, “I don’t believe I told ‘your lawyer’ that Michael did not need a lawyer. We had a discussion concerning the two cases and how the issues exist at the present moment. Only Michael can decide whether he needs a lawyer.”

He would add, “As I said before it is up to Michael whether he has a lawyer there or not, I cannot make the decision for him, nor can I tell him what questions he will be required to answer.” He concluded, “All can say is that without his cooperation there is no case for us to prosecute.”

Of course, at this point the DA’s office had already informed Michael that they were not pursuing the sexual assault case – so why would they not grant him immunity? His mother says that they never made such an offer and that Michael never refused to testify, they only indicated their concerns about his doing so.

When Michael’s mother called to complain, she received an email from Chief Deputy District Attorney Jonathan Raven, who indicated that he had received her voicemail message. He wrote, “I am sorry you are not satisfied with this office and the criminal justice system with respect to your son’s case.”

He indicated, “This office has spent a great deal of time talking and meeting with you.” After laying out some of their contact background, he added, “As I mentioned to you during our conversation, there is no such thing as ‘closure’ for crime victims. The healing process is a long, and sometimes painful, journey. However, there is really nothing more we can do for you at this juncture.”

As we now know, the DA’s office accepted misdemeanor plea agreements on November 30, 2011, for Darnell Dorsey and Matthew Spiller. A little over two years later, baby Cameron died from injuries and Mr. Dorsey is charged with his death.

Could a prosecution of Darnell Dorsey for the 2011 beating of Michael have prevented this death? Should the District Attorney’s office have done more to prosecute Darnell Dorsey when they had the chance to get him on assault charges?

These are answers we will probably never be able to answer.

Michael’s mother told the Vanguard, “My son is lucky to be alive but every day is a struggle for him due to brain trauma, onset severe depression and he is now an addict diagnosed with PTSD, severe anxiety, panic attacks and has short term memory problems which affects learning anything new. He sleeps on the floor currently with my husband and I. I get to hear his bad dreams which recently have been occurring.”

His mother’s life has been affected as well – “My diagnosis is PTSD, panic attacks, severe anxiety, worst of all insomnia. due to how DPD and DA botched this case.”

She told the Vanguard, “They knew of his violent demeanor. Many helpless victims.”

She said, “Yet the two agencies did not work together for the right consequence for their actions. Please share the truth in hopes to prevent DD from harming another person, hurting another family. Also to prevent the Yolo DA from a second trauma towards another family, and prevent Cameron’s family to experience an ineffective prosecution to keep DD where he cannot hurt another person. It’s traumatic for me to teach a lesson about how and why laws are made. They were made to protect people and to keep them safe and to provide justice and fairness when necessary.”

14 thoughts on “Did Authorities Miss Opportunity to Stop Child Killer?”