On MLK Day, I don’t really like to recount the story of Martin Luther King Jr. It’s not that I don’t think that story is important and that I haven’t over the years been engrossed both in his story, his vision, his tactics, and his message. It is rather that I believe that the most important part of his story is ongoing.

He was right that he didn’t live to see the promised land, but you know what, none of us will. Instead, I think the most important lesson to take away from his life and work is carrying on his message into the modern world. After all, in three years, he will have been gone for 50 years – and yet we face a world with both the same and new challenges.

As I wrote yesterday, in recent weeks I have really gotten into watching TED videos, I downloaded the app onto my iPad and will often watch them before going to sleep. It is often a reminder of the impressive and often times dangerous work that people do in the name of social justice.

The local TEDxUCDavis event on Saturday featured a number of good speakers, but I found myself most moved by the last speaker, who went by the fictitious name Phil America.

Phil America said, “I was born here in America, but for my entire adult life I have been a migrant. I have lived all across the world.”

“I was born into privilege, and I acknowledge that,” he added. 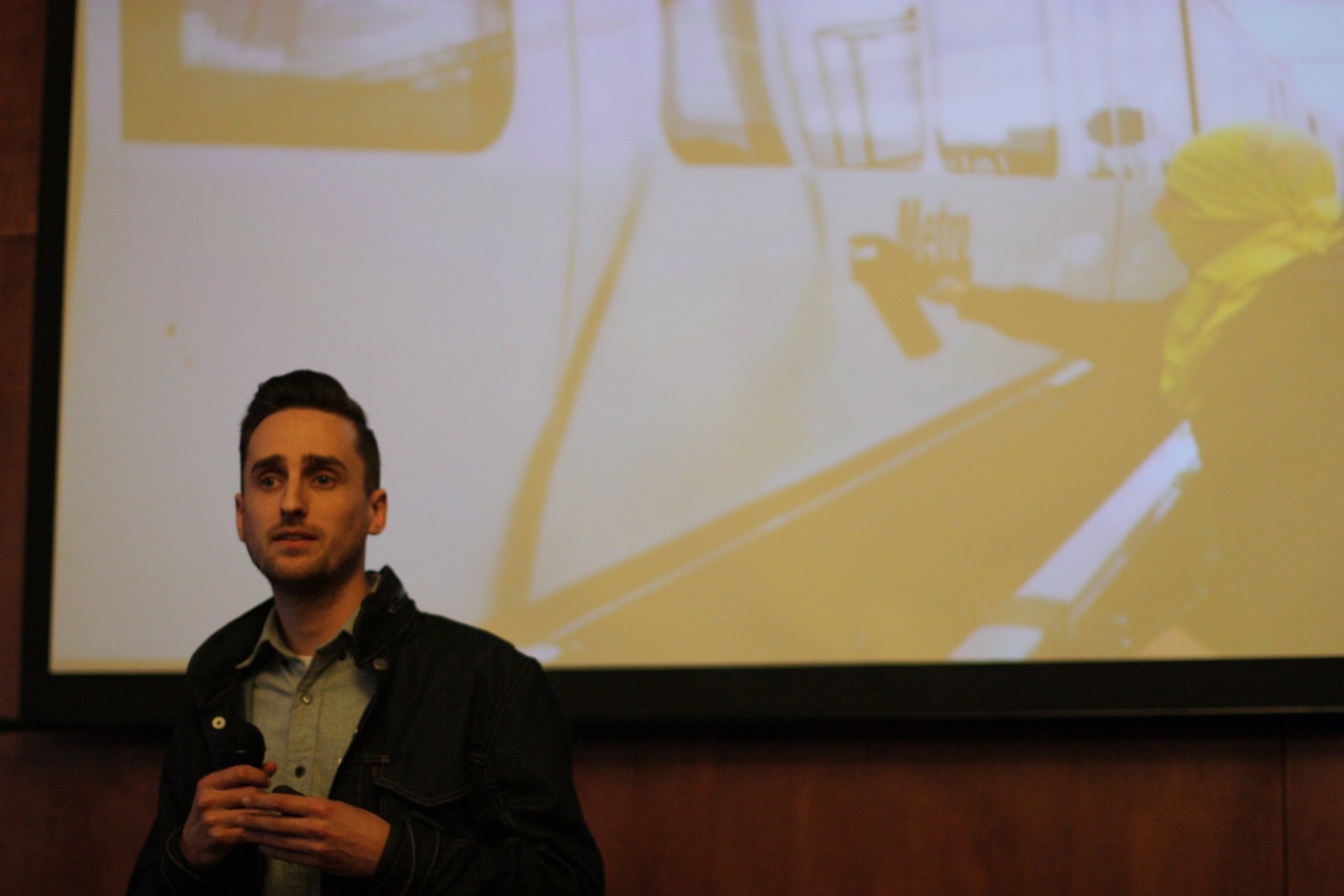 “What’s a scrawny white guy doing up here talking about what it is to be a migrant as though I’m some expert on migrants?” he asked. “My path has been different from those who migrate to escape war or poverty or slavery.”

He started with graffiti. For ten years he followed around and documented those who are most prominent in the graffiti community – and it took him all around the world. “It’s a sub-culture that extends to every single continent,” he said.

In order to understand them, he tried to live their experience by cutting through the fences, avoiding the cameras, going around the sensors and avoiding the police.

He moved to Asia, specifically to Bangkok’s Chinatown – a place that is 100% migrant. The people in charge of this Chinatown, considered to be the most authentic outside of China itself, were the Mafia, a criminal element.

“I rode around with the local Mafia, paying bribes to the police, selling fake Viagra and fake Xanex,” he said hanging out with the local prostitutes and he said, “I started understanding these people who were living in a new nation, a nation that most people said wasn’t theirs.”

Next he went to the largest slum in Thailand or what he called, “Third World, Third World.” He built a home there and he said he started to understand how these people live. He described, “These people lived in a place that smelled so bad I couldn’t sleep half the time.” It had no electricity or running water, “and seemingly no hope.”

“Yet somehow in the eyes of hopelessness they were able to come together and form a community, form a society within a society,” he said. “Ultimately (they) became the hands that built Thai society. 80% of the fresh food in Bangkok, which right now is the most visited city in the world, comes from this slum. Comes from the market that is in the middle of the slum. Run by the people of the slum.” 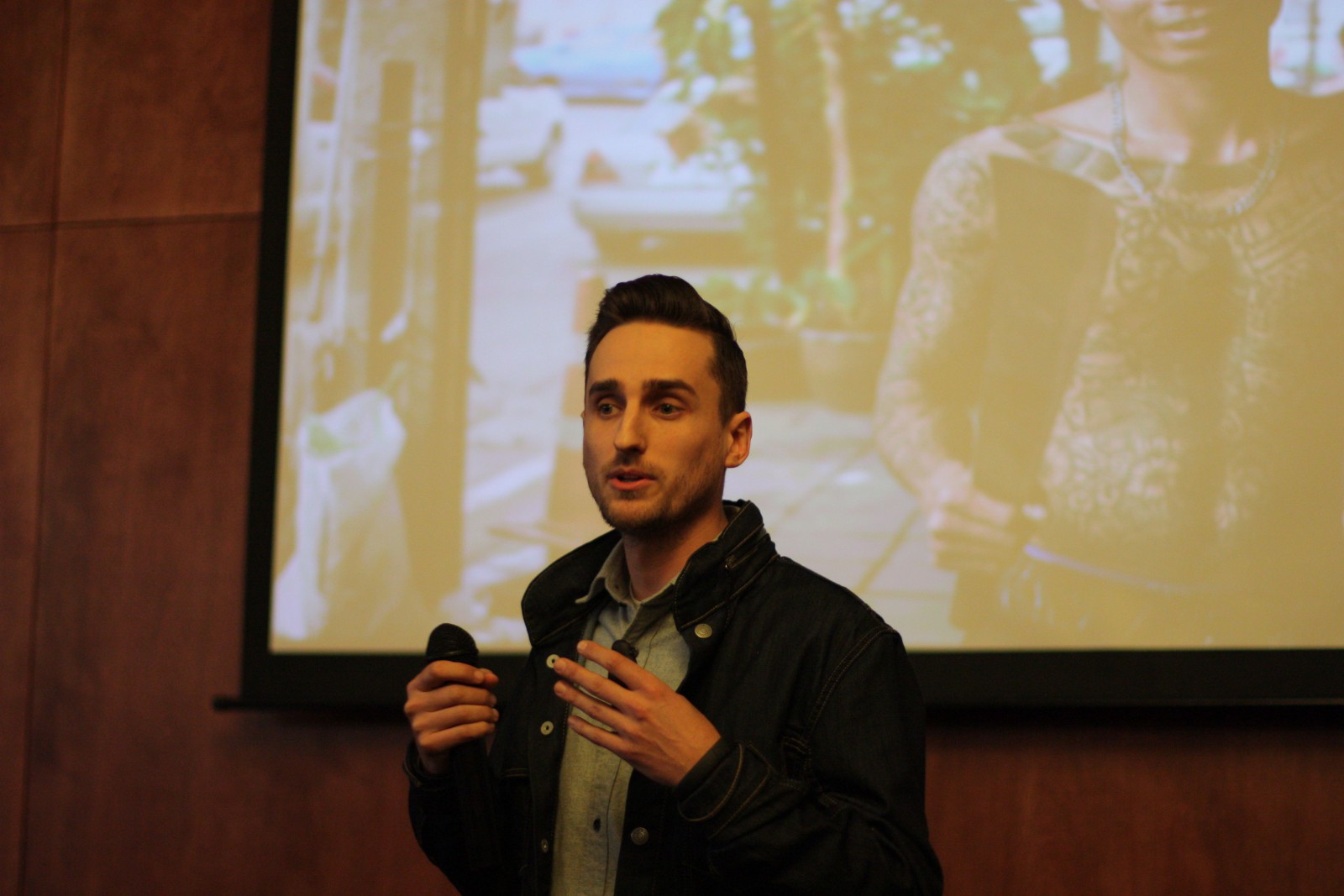 It was through this work that he was approached by agencies who wanted to use his art to show the issues that migrants faced in this place. His show was shown in the largest museum in Thailand. The main focus was a sixteen channel video installation that captured the work of these migrants building a home.

What he said he began to understand is that “in this society, they were misrepresented, they were mistreated and they were under-appreciated.” The people in these countries “treated them different simply because they were born somewhere else.”

He moved back to America. He said, “Previously my journeys had taken me to crossing borders all around the globe without permission.” Some of these were difficult and some were easy. It gave him a sense of what it was like “to feel the fear, feel the danger. Still, I couldn’t fully comprehend it.” 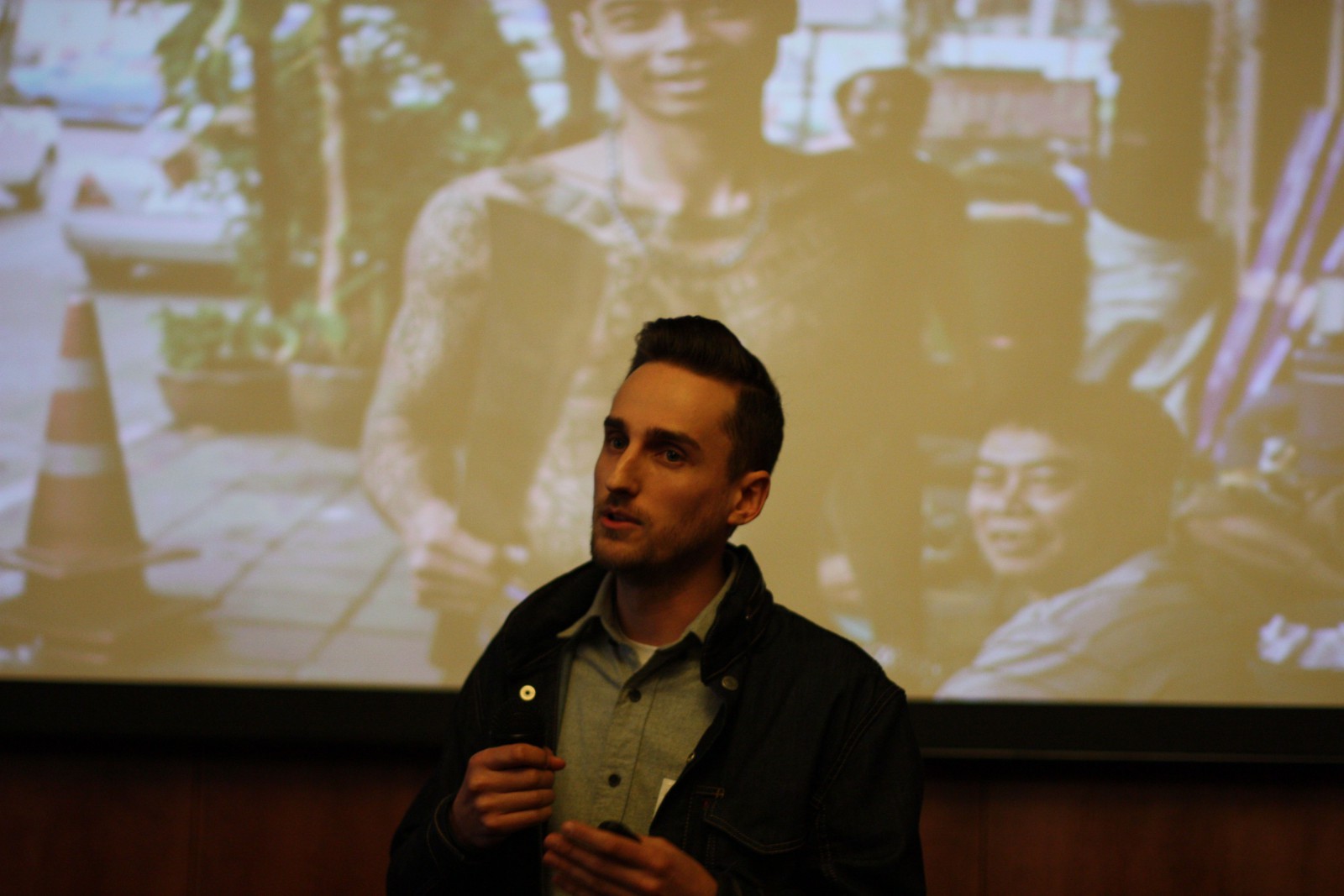 He focused on immigration issues here in America, a hot-button issue. “My hope is to try to find understanding for people who search for something better than is given to them or that the world has thrown at them. My hope is to try to see these people as our brothers, our sisters, as no different from one another.”

“My hope is to try to find hope,” he added. “There is at the end of the day no them, there is no otherness, we are all one, we’re all together.”

He called for understanding about “this line and this fence around the world that divides people and somehow puts something between us and them.” He questioned why we treat them different, why we have hierarchies, borders, and he also began “thanking migrants for lending us a hand to help build our dreams.”

68 thoughts on “Imagining a World Without Borders”