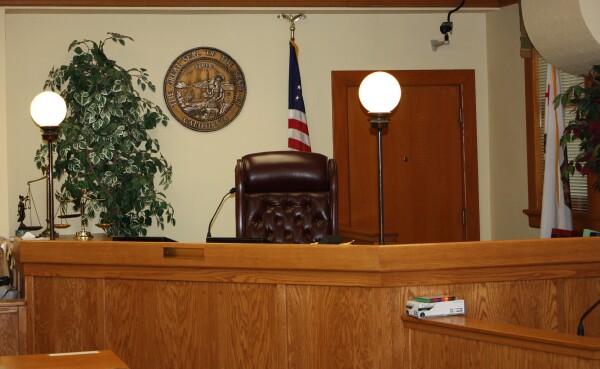 In a preliminary hearing held on January 30, 2015, the court learned of an alleged victim’s mother holding to her cultural beliefs instead of reporting the alleged sexual abuse involving her daughter.

Taking the stand for the prosecution’s case was the defendant’s estranged wife. Deputy District Attorney Ryan Couzens asked the estranged wife to describe an incident that happened in 1994.

The defendant, Fidel Soto, sat with a court interpreter near him as he listened to his wife tell about how she walked in on her now-estranged husband fondling his then seven-year-old daughter. The wife, in tears, described to the court how she walked into the bathroom after she arrived home to find her husband touching their daughter. She could not recall if her daughter had underclothes on or not, but stated that she immediately jumped on him and began punching.

She said she did not stop until she got tired. The witness said her husband told her he was just drunk and that it would not happen again, but he never apologized for his actions.

Mr. Couzens asked the wife if she had ever reported what happened that day, and her response was, “No, I told my mom and she told me that I had to stand by my husband no matter what and so I never told authorities.” The estranged wife remained silent for years until another incident involving her granddaughter happened in 2014.

The witness said, “I just wanted to put it behind me, tried to forget about it, it was too upsetting.”

The witness was then asked about the incident that happened in November of 2014. Mr. Couzens asked her to tell the court what her son had confided to her. She said her son walked in on his father, her estranged husband, to find his niece performing oral copulation with the defendant.

Her son told her he interrupted the defendant, his dad, and then got scared and went to his room.

When the estranged wife called to ask the defendant if the allegation was true, he admitted to it. It was reported to authorities and investigated.

An officer from the Woodland Police Department helped in the investigation and took the stand to testify to her reports.

Officer Maribel Cortes of the Woodland Police Department said she went to the defendant’s home and took a statement. She asked him what happened and he said that the little five-year-old granddaughter of his was hanging onto his pants and had accidentally pulled them down. It was after that point that somehow her mouth met with his private parts.

The officer stated that Soto told her it was then that she started giving him oral copulation. He admitted that he was enjoying it until his son walked in and caught him.

When the defendant was questioned about the incident in 1994, involving his daughter, he told the officer that he had rubbed his private part onto the child’s bottom but did not remember if she had underwear on or not because he was drunk.

He admitted to fondling his daughter with his hands, and being caught by his wife, on that day in 1994.

During cross-examination by Deputy Public Defender Richard Van Zandt, the officer was asked if she had been present during the entire interview with Soto.

“I was not, I believe I was only there for about ten to fifteen minutes.” responded the officer.

Judge Samuel McAdams ruled to hold the defendant to answer to all three counts, after lengthy argument over the two charges of Penal Code section 288.7 (b) regarding oral copulation or sexual penetration with a child 10 years of age or younger.

Mr. Van Zandt argued, “Your honor, this is a serious charge and there is no evidence sufficient of any penetration, in fact the mother could not even say whether the little girl had under garments on or not? It is not enough to prove any penetration.”

DDA Couzens reiterated the details of the law in regard to penetration.

He stated that one can infer there may have been undergarments on, but the rubbing or fondling can still have slight enough penetration to cause a breakage in the female part of the child, if rough enough.

He also reminded the court that the defendant himself had admitted to rubbing his private part on his daughter’s bottom and fondling her with his hands.

Judge McAdams stated, “I believe there is sufficient evidence to infer there could have been some type of penetration and I will hold to answer on this charge.”

He held Mr. Soto to answer on the two sexual abuse charges and on a misdemeanor charge of causing his son to suffer trauma – being a witness to the incident involving the defendant’s granddaughter.

Arraignment on all charges is set for February 4 in Department 1.