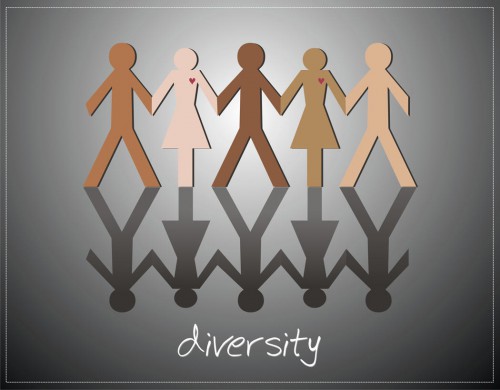 DJUSD Believes It has Made Slight Progress on Hiring Teachers of Color, Incorporating Values of Diversity into District Hiring Process

Data recently obtained by the Vanguard from the Davis Joint Unified School District shows that, despite some effort to recruit a more diverse teaching staff, the district has only made small progress over the last few years.

The data compiled through a records request shows that certificated employees, which includes teachers at all levels, are still 76.7 percent white, down slightly from the 81 percent level. This compares with a 56 percent white student population. The certificated staff is also the least ethnically diverse of the employee groups, trailing both the administration and classified staff.

“The information suggests that we have our work cut out for us in order to achieve diversity among our teachers, administrators, and school employees that is more reflective of our community,” Board President Alan Fernandes told the Vanguard in a statement Tuesday night. “I believe the Board is committed to this effort along with continuing to attract and retain the best and brightest individuals for all district positions.”

Board Vice President Madhavi Sunder was more pointed, stating, “The numbers are striking. People of all racial backgrounds should feel that there is opportunity to teach and work in Davis Schools, and to rise in administrative ranks here.”

The student data is from 2013-14, the most recently available year. It is included for illustrative purposes. The district personnel is compiled from DTA membership lists for the 2014-15 year.

The teaching category extends beyond just teachers, including all certificated staff that serves the students. The racial categories are collapsed from a much broader range of categories for illustrative purposes. District staff was provided a version of this chart prior to publication.

The Hispanic category is interesting. On the surface, the 13 percent of the teaching population represents significant progress, even as it still lags the large and growing 18.5 percent Hispanic student population.

However, some disagree that this is a true measure of progress.

Rick Gonzales, the President of the Yolo County Mexican-American Concilio, has been a longtime critic of the district’s hiring practice. He believes that, while there has been some shift in the percentage of Hispanic teachers, most of that is structural.

He told the Vanguard on Monday, “I believe there is very little movement, hence, the low numbers of teachers of color, except in the Spanish Immersion and Dual Immersion programs where knowing Spanish is a requirement. The start of the Dual Immersion Program is probably the reason that Latino teachers were hired.”

However, the district believes it is making slow progress in this area, both in terms of higher diversity, and also in terms of holding diversity and the teaching of diversity as critical district values.

“We hold diversity as a value,” Matt Best, the District’s Associate Superintendent of Administrative Services, told the Vanguard Tuesday in a phone interview.

He said the district is striving to have a diverse staff in terms of their ethnicity and culture. He added that the second part of that is that they want to have a staff that is able to teach students about diversity.

“A diverse and inclusive culture” is essential part of the mission statement of DJUSD set forth in the DJUSD Strategic Plan.

“Since my time here, I’ve really been working to track ethnic data,” Mr. Best said. He noted that, when Tim Taylor was on the board, he wanted to know their ethnicity and their training that they had to teach diversity in our classrooms. He said, we are “really focusing on who are we hiring and how are we going to support this idea of diversity.”

Matt Best noted that they have diversity curriculum at both the elementary and secondary levels, which is embedded into the social studies curriculum. There is also a social justice course at Korematsu.

He stated, “We expect that teachers and staff can teach the value of cultural diversity to students regardless of their own background and culture.”

Mr. Best stressed that the district is showing progress toward being more diverse. He noted that, in 2011-12, the district was about 81 percent white. That compared to about 72 percent countywide. “Over the last several years, we’ve been working hard to make sure we hire not only diverse staff, but staff that are able to teach the value of diversity.”

Most of the progress has been in the Hispanic category, he acknowledged.

He stressed, “We always look for the best candidates for our positions, but continually look for more ways to expand our recruiting efforts to recruit a more diverse staff.”

Matt Best also told the Vanguard that the district has altered their hiring practices over the last few years. The district used to have a very decentralized process where the principals would have a hiring process that would take place at their site and independent of the district. “As a result I think we hired people that were all like the person that was already at the site which was mostly white with those same skills and values.”

When Mr. Best was placed in charge of HR, he changed the practices. “We developed a standardized screening interview.” Part of that assesses the teaching candidate’s “core values.” Included are questions about diversity and ethnicity.

They have a trained group of interviewers on a panel including administrators who do a short screening interview which gets at core values, including cultural diversity and sensitivity.

Matt Best said that HR staff and principals also attend recruitment events almost anywhere within 100 miles of Davis, to meet and shake hands with a diverse candidate pool and to strongly encourage them to apply. “Those things are what you have to do to shift that culture,” he said.

However, Rick Gonzales disagrees that things are changing.

Mr. Gonzales said he has spent the last thirty years serving on committees at DJUSD that address these issues, and he has always made the issue of minority hiring a critical point.

However, he said, in the end it “falls on deaf ears and little, if anything, changes. This topic becomes even more important in the future, because many teachers are retiring and need to be replaced.” He added, “The schools are now receiving more student funding than before, so they can’t counter with not enough funding to hire minority teachers.”

147 thoughts on “Is School District Making Progress with More Diverse Hiring of Teachers?”