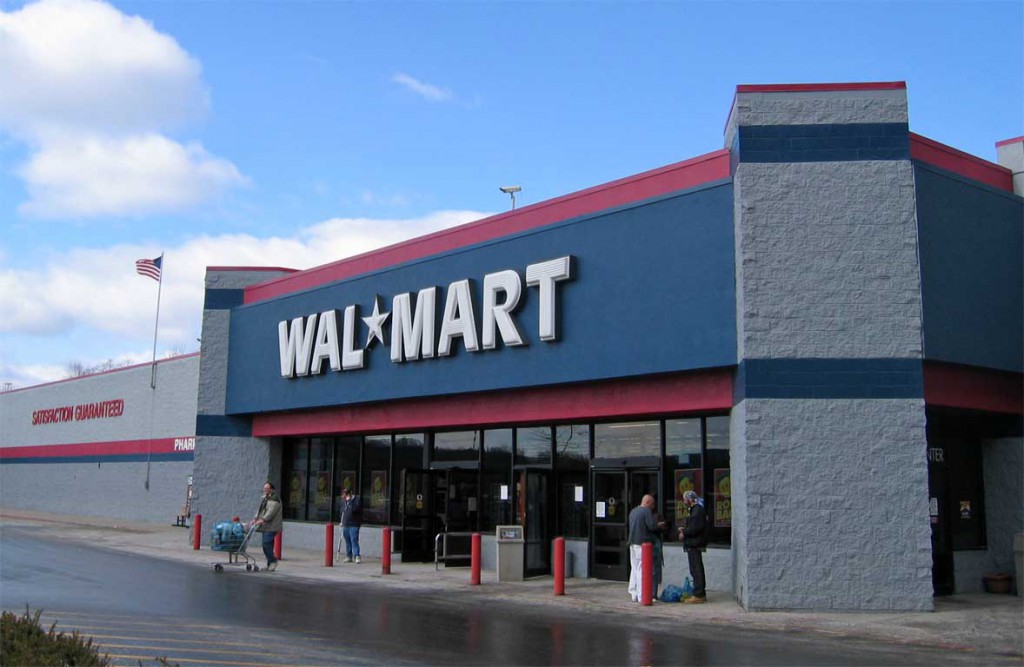 The reaction to Walmart’s announcement last week that they were raising their wages for about half-million employees to at least $9 an hour by April and at least $10 by next February, was mixed at best.

Advocates for a $15 an hour minimum wage were quick to call the pay increase “inadequate.” Fortune calculated that employees would have to work about 2.8 million hours at $9 per hour to reach the $25.6 million that Walmart CEO Doug McMillon received in 2014.

“For roughly 500,000 Walmart workers set to receive pay raises, something is better than nothing,” Josh Bloak of the Associated Press wrote on Friday. “But it still won’t be enough for many of them to afford housing and transportation and feed and raise children without government aid, according to economists and researchers.”

He added, “Despite the raise, incomes for many Walmart workers would still hover near the poverty line, reinforcing an image that some more socially-minded consumers find offensive.”

However amid that skepticism are some very hopeful signs both within Walmart and nationally.

The New York Times reported this week, “The pay raise also signals that a tightening job market — with the unemployment rate now at 5.7 percent, compared with 9.8 percent five years ago, is leading to higher wages.” That is of course good news overall for the US economy and the low levels that until now have not seen the economic recovery like other sectors. “The wage bump by Walmart, which has long been a pay laggard, could simply mean that wage increases are finally an inevitability for low-wage workers in America.”

“We’re finally going to see a wage creep, and Walmart is trying to get out in front,” Ann C. Hodges, a labor relations expert at the University of Richmond to the Times. “They’re thinking: We’re probably going to do this anyway.”

But there is another angle to this as well: “Walmart has had significant trouble retaining employees in a job market where its competitors like Costco Wholesale offer better wages.”

When CEO McMillon announced the changes, he seemed to acknowledge some of the criticism of the company.

“We have work to do to grow the business. We know what customers want from a shopping experience, and we’re investing strategically to exceed their expectations and better position Walmart for the future,” he said. “We’re strengthening investments in our people to engage and inspire them to deliver superior customer experiences.”

At the same time, Walmart appears to be a lagging indicator. The Times reports, “Walmart lags behind major retailers like Gap and Ikea, which have moved recently to set hourly wages at or above $9, to try to reduce turnover and attract more workers. Even those higher pay scales fall short of compensation offered by Costco, known to offer wages closer to $20 an hour, or the Container Store.

This kind of competition figures to benefit low wage earners at a time when labor advocates are gearing up for major pushes on minimum wage.

The Times notes, “Aside from competitive pressure to hire and retain low-wage workers, political pressure for higher wages has been building. Several states and cities have raised the minimum wage far beyond the federal minimum. Seattle, for example, raised its minimum wage to $15 an hour, and San Francisco approved a tiered approach to reach $15 in a few years.

“Twenty-nine states now exceed the federal minimum, which has not risen since 2007, according to the National Conference of State Legislatures. President Obama has proposed raising it to $10.10 an hour, but that effort has stalled in Congress.”

A spokesman for the White House said, “Today’s announcement is another example of businesses, along with cities and states, taking action on their own to raise wages for their workers, recognizing that doing so can raise productivity, reduce turnover and improve morale.”

Will the decision by Walmart alleviate the pressure for further minimum wage increases or increase the pressure? The place to watch on this front is right here in our backyards.

The Vanguard reported back in December that local labor leaders will push for voters to approve a $15 an hour minimum wage in Davis and Sacramento.

Meanwhile at the state level, Mark Leno is once again pushing for SB 3 which would increase California’s minimum wage to $13 an hour by 2017. Senate Bill 3 would raise the state’s minimum wage to $11 an hour in 2016 and $13 in 2017, after a similar measure unexpectedly failed last year.

“Hard-working, full-time employees across California are forced to live in poverty and rely on public assistance just to put food on the table for their families,” said Senator Leno. “This income inequality crisis, which disproportionately impacts women and children, is detrimental to our communities and the economy. It is time to accelerate the minimum wage and give low-income workers the respect they deserve for a job well done.”

“The cities of Los Angeles and San Francisco have led the way by raising the minimum wage for its workers and making sure their hard work is rewarded with fair pay,” said Senate President pro Tem Kevin de León, principal co-author of SB 3. “Raising incomes for millions of Californians will reduce poverty and provide them a better shot at the American Dream. Senator Leno’s measure will make sure this opportunity is real for all of California’s minimum wage workers.”

This week supporters of SB 3 thought they had a major coup as a letter from seven big city mayors urged passage of the bill arguing: “California has the highest poverty rate in the nation with nearly 10 million Californians living in need according to recent US Census Bureau estimations. As mayors, we see the impact of this economic disparity first-hand. Raising the state minimum wage will improve conditions for millions of Californians while at the same time boosting our local economies. A statewide increase would help lift working families out of poverty and indexing the wage to inflation insures greater stability for local businesses by ensuring that real wages remain consistent.”

However, Mayor Johnson this week stated that he wants his signature deleted, calling it a “miscommunication.”

“The mayor’s been very clear where he is on this issue,” said spokesman Ben Sosenko. “This was a staff miscommunication.”

Apparently he opposes a “one-size-fits-all” approach to minimum wage, stating that what works in San Francisco may not work in Sacramento.

The impact of Walmart’s decision will be to put pressure on other retailers to raise their wages to keep pace and that upward pressure will close the gap between the $10 an hour offered by Walmart to the $13 proposed by Senator Leno, to the $15 favored by labor leaders.

As an LA Times editorial puts it this morning, “when a company like Wal-Mart — which has 1.3 million workers across the United States and has made low pay part of its business model — says it’s OK with higher wages, that should be a sign to Congress that it’s politically safe to raise the federal minimum wage.”