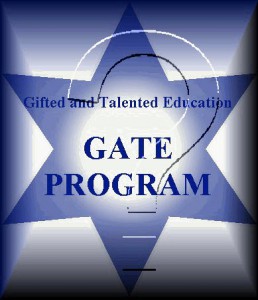 On Thursday night, the school district heard a critique of its use of TONI (Test of Nonverbal Intelligence) by Professor Tobin White. His research finds that the students administered the TONI were “six times more likely to qualify than those taking only the OLSAT.” They were also nine times more likely, according to Professor White, to score in the 99th percentile.

However, at the same time what becomes clear is that a traditional test like OLSAT (Otis-Lennon School Ability Test) would generate a GATE program that is 48% White and 44% Asian, versus our current practice that has the program 60% White and 16% Asian.

My inquiry into the effectiveness of TONI has been mixed, but what is clear is that OLSAT is a highly verbal test and therefore disadvantages not only those with cognitive, language, or motor impairments but also disadvantaged students who themselves may end up lacking the language skills of their peers.

This is explained succinctly in a Duke University article about “Minority Children in Gifted Education,” written by Jack A. Naglieri, a professor of psychology and director of the Center for Cognitive Development at George Mason University.

They write, “Most parents know that school administrators use intelligence tests to identify gifted children. What most parents do not know is that the content of these tests can have a powerful influence on who is identified as gifted and who is not. The tests can block minority children, especially those with limited English-language skills or limited preschool experience, from admission to special programs, or they can be the keys that let these children in. It all depends on which tests are used.”

It is important to differentiate between “a test of achievement and a test of ability.” In other words, students can be smart, but not know much. Therefore, “Nonverbal tests offer a different way to identify children with high potential.”

“The verbal and quantitative parts are difficult for children who have limited English-language skills and have had few chances to develop literacy skills,” they write. “Nonverbal tests of general ability are designed specifically to measure intelligence independently of language and math skills.”

When Boardmember Tom Adams was running for the school board, the Vanguard asked each candidate a series of questions, including one on GATE.

Mr. Adams at that time responded, “The needs of GATE/AIM-identified students can be balanced with the needs of the majority of students by improving program design and through the better use of existing resources.

“The Davis program should be evaluated for whether it is using current best practices, and the California Association for the Gifted would be the first place to seek information about best practices,” he stated.

He would conclude, “More importantly, the AIM program should be an innovative program that is an exemplar. As I stated in the Vanguard’s Forum, my educational philosophy is summed up in the idea of universal design for learning. The district needs to shape its programs to meeting the needs of all students, including GATE/AIM-identified student.”

The California Association for the Gifted, or CAG, has published some position papers. One of those was “Identification of Gifted and Talented Learners.”

I think a critical point that was missing in the discussion on Thursday was this one: “Identification and placement must be based on student need, rather than on the number of students who can be accommodated by a program or a pre-specified percentage of students.”

The question, as we noted, turned on the issue of over-identification. As Boardmember Susan Lovenburg put it, “I do have some significant concerns that we’re over-identifying students into the program… We need to address that as a district.”

At the same time, she noted, “Ultimately the question that is being asked is are we appropriately identifying the students that need these special services.” She said, “I’m not in favor of dismantling the self-contained GATE program. I don’t speak for any of my colleagues, they can speak for themselves. But I do see that value in the program for students who truly need the services.”

CAG argues for the need for multiple criteria that “include standardized and non-standardized instruments, process and performance indicators, and multiple sources of data must be used in the identification of gifted learners.” Indeed, they argue, “A single criterion is not adequate and does not meet the requirements of the law.”

They add, “Appropriate instruments and non-traditional methods of identification should be considered to identify underserved populations.” Here they argue, “These instruments must take into account the different aspects of giftedness exhibited in different cultures (e.g., rapid acquisition of the English Language in comparison to their peers, leadership, problem solving abilities, assuming family responsibilities at an early age).”

They conclude, “The California Association for the Gifted believes that gifted programs should continue to search out the extraordinarily talented in all social and cultural groups by using the available techniques that are most sound …. CAG believes that all children are eligible for the nomination process regardless of their socioeconomic, linguistic, or cultural background and /or exceptionalities. It is CAG’s position that by following the steps in the identification process outlined above, all children will be well served and the identification of gifted children best implemented. Identification, when appropriately done, is the key to educational placement that leads to the realization of gifted potential.”

One point that has been made to me is that TONI may or may not be the non-verbal test that we should use. A number of districts use NNAT.

Professor Naglieri writes that NNAT (Naglieri Nonverbal Ability Test) “is given with a minimum of verbal instructions.” He argues, “Since one’s knowledge of words and mathematics is much less important on nonverbal tests of general ability than one’s ability to determine the relationships among shapes in a design, children who do not come from enriched backgrounds are not at a disadvantage when they take these tests.”

They tested these tests through a project with George Mason University’s Center for Cognitive Development in Fairfax, Virginia. He writes, “The NNAT helped find more gifted minority children who are bilingual—children who would not have been considered for a gifted program if their verbal and quantitative scores had been used.”

Again he concludes, “Not that verbal and quantitative tests should not be used. But a nonverbal test can supplement them, because it increases the percentages of gifted minority children who are identified as such.”

Finally, as noted on Saturday, we focused a lot of time on identification of AIM students and no time on the question of how they perform while in the program and the overall strengths and weaknesses of AIM.

This discussion has intentionally bracketed the question of whether we should have a self-contained AIM program.

That question is wrapped in another and I think more important question. The question I think we should be asking is whether the program is serving their individual needs and, by extension, whether our traditional programs are best serving the needs of the large majority of non-AIM identified students.

Nevertheless, the research seems pretty clear in the need for nonverbal tests for minority and disadvantaged students. And if that is not the TONI, it seems there are some other options.

10 thoughts on “Analysis: Nonverbal Tests for AIM Identification of Minority and Disadvantaged Students”