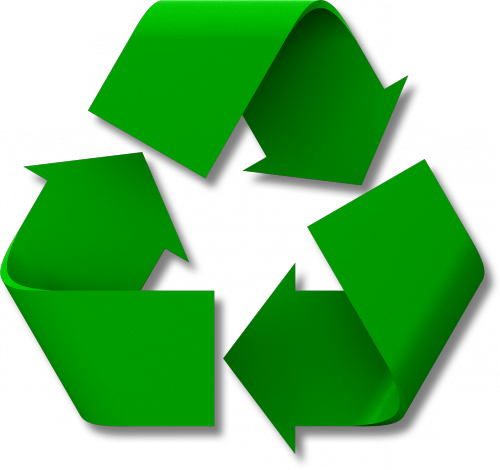 One innovative local company, California Safe Soil, LLC (CSS), offers a solution to the food waste problem. It turns food waste that would otherwise end up in a landfill into products for growing more food.

It’s worth taking a look at this company because it is unique. While most companies in the business of organic waste transformation rely on an anaerobic process, CSS uses an aerobic process.

Daniel and David Morash founded CSS in 2011. The brothers have extensive experience in investment banking, finance and management in the energy and clean-tech sectors.

CSS’s 4,000-sf pilot plant, located on Riverside Parkway in West Sacramento, began operating in June 2012. CSS has contracts with several local supermarkets to supply food residuals to the pilot plant.  These include several local Nugget and Save Mart stores.

Supermarket employees pack expired produce and meat into special plastic containers designed to retain freshness. CSS picks up the food in refrigerated trucks and delivers it to the pilot plant.

Plant employees load the food waste into grinders to both separate out unwanted material and reduce the average particle size. This is where the aerobic digestion begins. Several different commercially-available enzymes are added, and the mixture is heated to a temperature to optimize enzyme action.

The resulting liquid is then pasteurized, screened, stabilized, and homogenized.  The end product is Harvest-to-Harvest,™ (H2H) a liquid fertilizer containing carbohydrates, amino acids, organic acids, and oils. H2H also contains a number of beneficial soil microbes including lactobacilli, pseudomonas and saprophytic fungi. H2H can be formulated with other nutrient inputs and applied to soil with all types of irrigation systems.

The entire process takes only 3.5 hours to complete, a much shorter turnaround compared to anaerobic digestion and composting. The company is seeking a process patent on its aerobic, enzymatic digestion technology.

According to CSS Chief Operating Officer, Mark LeJeune, the average-size supermarket generates one ton of food waste every four days. CSS converts this into about 206 gallons of H2H, which in turn can fertilize four acres of crop land for an entire year.

Mr. LeJeune said that the company expects to sell about 200,000 gallons of H2H from the West Sacramento plant this year. Customers include some of the largest producers in the Central Valley. Several more are currently evaluating H2H and may soon become regular customers. Mr. LeJeune said the average cost to the grower is between $80-100 per acre per year, although it may be a net savings, after the grower’s reduced cost for nitrate fertilizer, water and compost.

Edwin Lewis, Ph.D., Professor of Entomology at UC Davis, has been testing the efficacy of H2H since 2012. According to Dr. Lewis, trials on a variety of crops over the past three years have shown that H2H is a reliable product that, at specified application rates, can provide yields at least as good those obtained with conventional fertilizer.

Over the past year, Dr. Lewis has conducted growth trials in tomato, both in raised beds on campus and in commercial fields. The raised bed trials involved inserting acrylic tubes under the growing plants through which a micro-camera could be placed. Dr. Lewis was able to record the precise impact of specific H2H treatments on root growth. His lab is currently analyzing the root data, as well as soil structure and microbial soil respiration data from the raised bed trial.

Field trials compared the grower standard (typically an inorganic NPK fertilizer and some compost) with H2H applied at a specific rate. Preliminary results show that the yield of the H2H treated plants was at least equal to plants treated with the grower standard. There was a small increase in fruit brix (sugar content) in the H2H treatment. Processors prefer fruit with higher brix.

Governor Brown signed a bill last September that will no doubt increase the number of potential customers for CSS. AB 1826 (Chesbro) amended the Integrated Waste Management Act to require a business that generates 8 cubic yards or more of organic waste per week to arrange for recycling services by April 1, 2016. “Organic waste” is defined as “food waste, green waste, landscape and pruning waste, nonhazardous wood waste, and food-soiled paper waste that is mixed in with food waste.”

In addition, the Air Resources Board First Update to the AB 32 Scoping Plan proposes that the state increase its focus on reducing ‘Short-Lived Climate Pollutants’ (SLCP), one of which is methane. A SLCP strategy would include a full inventory of sources and emissions and a plan for control measures. Since organic waste is the primary source of methane emissions at landfills, diverting organic waste from landfills eliminates such emissions.

AB 1826 may have motivated Save Mart Supermarkets to sign a 10-year contract with CSS to supply food waste to CSS from its 218 northern California stores via its Roseville distribution center. To handle this feedstock, CSS will build an 80,000-sf plant in McClellan Park capable of processing up to 94 tons per day.

CSS is one 10 finalists for the Thrive Accelerator, a mentorship program for agricultural startups sponsored by Silicon Valley Global Partners and Forbes. On March 4, the finalists demonstrated their products at the National Steinbeck Center in Salinas. Lorri Koster, the CEO of Mann Packing, mentored CSS and encouraged the company to consider constructing a plant in Salinas to recycle green waste culls.